How to Get Around Estonia: Travel Safety Tips

Harsh winters, crazy driving, pickpockets and out of control stag parties. Here's everything you need to know about getting around Estonia safely.

If you decide to brave Estonia's harsh winters and take a drive around the country, be aware of strict rules regarding your paperwork. Some travelers have been fined for confusion over driving laws in the country.

To be able to drive in Estonia you will need a valid driver's license from your home country and an International Driving Permit (IDP). If you're not authorised to drive a certain class of vehicle at home the IDP doesn't magically give you the right to do it elsewhere.

Avoid driving at night where possible as poor road conditions such as unsealed roads in rural areas can be dangerous plus the risk of potentially hitting wild animals such as moose. Some Estonian drivers can be aggressive; overtaking cars doing the speed limit whether it's in the city or rural areas. Be aware and drive defensively.

While the Estonian government has virtually no tolerance for drunk driving, accidents involving intoxicated drivers do occur. As a result, local police regularly run breath testing checkpoints and highway patrols.

Snow, ice and winter darkness - it's not a great combination for safe driving anywhere. Even though the road system is quite satisfactory throughout Estonia, wintry conditions can turn them into a mess.

It's compulsory to use snow tyres between December and March, however this can extend by a month either side so check with local authorities. It's important to take into consideration the icy conditions on the roads and that it may take longer than usual to travel from one destination to another. Don't forget to check that the lights, wipers and brakes are in good working order before driving.

Often the snow starts falling with little warning catching road crews unaware, so it's a while before the snow plows get out onto the streets.

If the roads are passable, taking a drive can be quite pleasant, as it showcases the beautiful snow-lined landscape, but it's not uncommon for drivers to get stranded in snowdrifts throughout the country.

Once winter ends, flooding can occur in low-lying areas when the ice thaws in the spring. It does occur infrequently but if you happen come across flood waters while driving, don't attempt to cross.

Try to avoid hailing taxis directly from the street. Some drivers will jack up the fare. You are better off booking a ride with a  licensed taxi company such as Tulika Takso.

Racially-motivated crimes against minorities also occur in Estonia, though it is difficult to get a handle on the rate of frequency. In a recent occurrence, an African Ph.D. student was harassed in Tartu to the point where he decided to abandon his studies in the country.

Get a travel insurance quote for Estonia 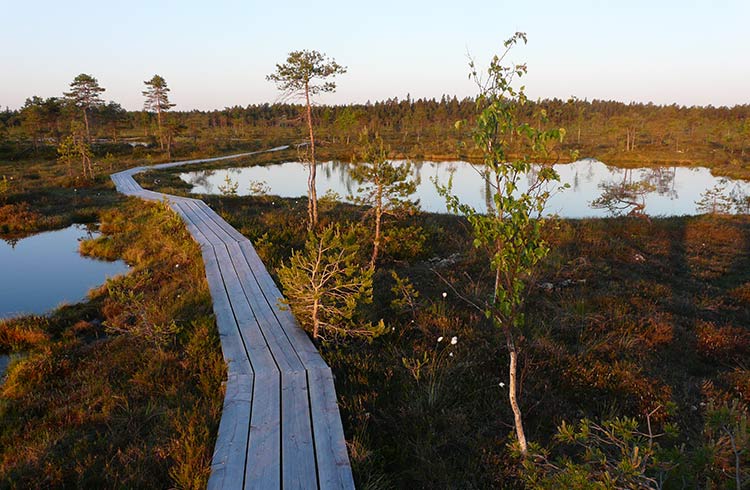 All preconceptions of the word “bog” were blown away away the moment I entered this pristine environment. The World Nomads Podcast: The Baltics

Listen to this episode of the World Nomads Podcast and discover Estonia, Latvia and Lithuania, and hear about the freaky two-headed dog in a Riga museum! Is Estonia Safe? Travel Tips on Crime and Local Laws

From drones and photography laws to crime and LGBTQ+ safety, this is what you need to know before you go.