Argentina is a country where you most definitely need to make sure you are fully covered for the whole time you are away, and for all the activities you intend to undertake.

A number of diseases have presented in Argentina. Some you can vaccinate for, others you can't.

The recommended vaccinations for Argentina are:

Don't forget to also get those routine vaccinations up to date as outbreaks can happen from time to time.

This disease is common to Latin America and can occur throughout the year – but is more prevalent during the wet seasons (May to August and November to January).

The northern Argentine provinces bordering Paraguay and Bolivia are especially susceptible (notably Chaco, Corrientes, Misiones, Formosa, Salta and Jujuy). Cases have been confirmed in the capital Buenos Aires and the Buenos Aires province. However you may be at risk in any part of the country.

Symptoms of Dengue Fever usually begin seven to 10 days after being bitten and include high fever with aching joints and bones and a headache. If you develop these symptoms, you should consult a doctor.

Zika virus has been identified in Argentina, especially in the northern provinces of Chaco, Salta, Tucuman and Formosa. While there is no vaccination available for it, like any mosquito borne disease it's essential to take the necessary precautions to prevent being bitten. The virus is spread by the female yellow fever and tiger mosquitos which are generally found during the day between dawn and dusk.

Like Dengue Fever, Malaria is also spread by mosquitos. Symptoms can include shivering, excessive sweating, headache, chills and nausea.

Malaria is a risk in rural areas along the northern borders with Bolivia, Brazil and Paraguay. You should consult your doctor or travel clinic about prophylaxis against malaria before leaving home. It is also wise to take other precautions such as wearing long and light sleeved shirts and pants, applying deet repellant, sleeping under a mosquito night and avoiding being outdoors during dawn and dusk.

Yellow Fever is another mosquito borne disease you need to watch out for. It is advised to get the necessary vaccination before you travel against this harmful and potentially fatal condition.

Vaccination is strongly recommended for those aged nine months and above travelling to the regions bordering Paraguay and Brazil in the provinces of Chaco, Corrientes, Formosa, Salta province and to all areas of Misiones province, including Iguazu Falls.

Be aware if you have visited Misiones Province in the six days prior to your return home, many countries will ask you to present a valid Yellow Fever Vaccination Certificate on re-entry. Some airlines also ask for it before boarding.

But be aware outbreaks of water-borne, food-borne and other infectious diseases (including hepatitis A, hepatitis B, typhoid and rabies) occur from time to time. You are encouraged to consider having vaccinations before travelling.

In rural areas, be sure to drink only boiled or treated water. Avoid ice cubes and salads and other foodstuffs rinsed in local water. You should also avoid raw and undercooked food. Seek medical advice if you have a fever, or are suffering from diarrhoea.

You may not know it but Argentina is a popular destination for outdoor and adventure sports enthusiasts. However, foreign citizens have died while mountain climbing, skiing, trekking, and hunting.

Be Prepared When Mountain Climbing

Argentina boasts the highest peak outside of the Himalayas, Mount Aconcagua. The mountain attracts hundreds of tourists every year. However inexperienced mountaineers should bear in mind that Mount Aconcagua is 22,837 ft (6981m) high, the freezing temperatures and savage storms making it one of the most difficult climbs in the world.

Travellers who ascend to altitudes greater than 7874 ft (2400m), particularly if the ascent is rapid, or who at higher altitudes make further rapid ascents are at risk of developing altitude sickness.

Altitude sickness can be harmful or life threatening and can affect anyone, even the very physically fit if precautions are not taken before ascending in high altitude areas. Those who have had altitude sickness before, who exercise or drink alcohol before adjusting (acclimatising) to the altitude, or who have health problems that affect breathing are most at risk.

Symptoms can range from headaches, vomiting, lethargy and lack of coordination to more serious signs such as heart palpitations, severe disorientation and coughing due to fluid on the lungs.

If you plan to travel to altitude you should see your doctor prior to travel and get advice specific to you and your situation.

And for those planning on going down rather than up - a decompression (hyperbaric) chamber is located in Puerto Madryn.

And as a final note, remember medical facilities in Argentina are generally of a reasonable standard, but private medical clinics often require cash payment prior to service, including for emergency care.

Foreign-brand medications may not be readily available and some locally produced medications do not meet stringent western standards and so may have adverse side effects. 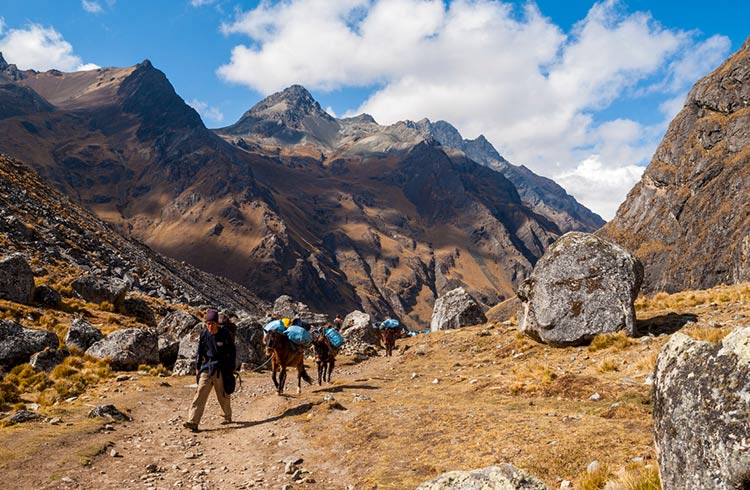