Be aware, talking politics as a foreigner can be a risky business.

Avoid speaking about England or Great Britain and the Falkland Islands including the Falklands War. In fact you shouldn‘t even be referring to the islands with its English name – use Las Islas Malvinas instead.

Also avoid talking about the Perón years and the military junta.

These are very sensitive subjects to many Argentines and can cause offence.

In fact, it's best to avoid wearing any English or British symbols. English and British flags, as well as English national football (soccer) tops, are definitely to be avoided. Anniversaries of the conflict are always an occasion for demonstrations outside the British Embassy by various activist groups in support of Argentina's position on the Falkland Islands. There is usually a demonstration at the Embassy on April the 2nd each year.

Be aware local laws in Argentina may be different to what you know at home.

Offences committed against national symbols carry a penalty of imprisonment between six months and four years. This penalty is increased if the act is committed in conjunction with another offence, for example, defiling a national flag that has been stolen.

So don‘t get drunk and do anything stupid. You could be nursing your hangover with an extended stay in Argentina in prison. If you are arrested, you do have rights to legal representation, to remain silent and access to a translator if needed.

The legal drinking age in Argentina is 18 and there are different blood alcohol limits for drivers; 0.02% for scooters and motorbikes, 0.05% for other vehicles.

Penalties for drug offences, even possession of small amounts, are severe and include lengthy imprisonment in local jails.

While prostitution may be legal in Argentina, organised prostitution such as brothels are illegal. Many of the women are from poor areas or countries who have been trafficked against their will or kidnapped. The industry is unregulated meaning that there is a high risk of catching sexually transmitted diseases.

It's a good idea to always carry photo ID with you as police may ask for it. Always be polite and never give them any attitude.

Argentina became the first country in South America to legalise same sex marriage in 2010 and as a result, the rights of LGBTI people are protected. Buenos Aires has a lively gay scene and is home to the biggest gay pride parade in South America, held in November each year. Is Travel in Argentina a Vegetarian’s Dilemma or Delight?

Argentina is famous for asado – barbecues with beef, pork, chorizo and chicken. But what does that mean for vegetarians who travel to Argentina? 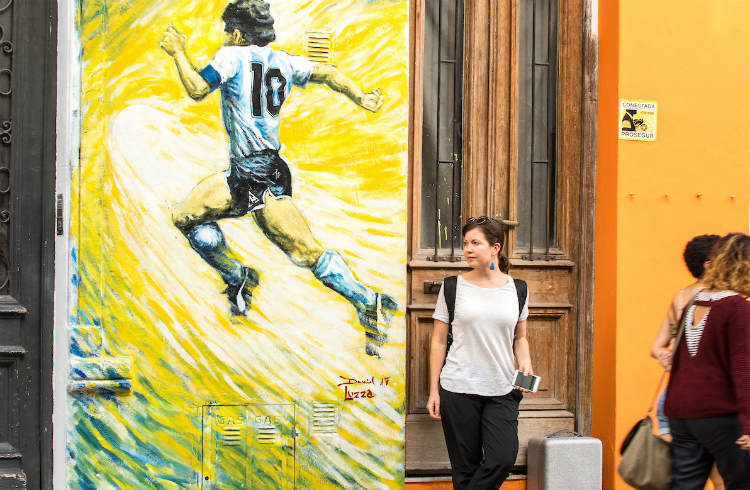