Sunscreen or Insect Repellent: Which Goes On First?

If you're applying sunscreen but you also want to protect yourself from bugs and apply insect repellent, which do you apply first for the most effective protection?

Is it true that putting sunscreen on first will cancel the effects of insect repellent?

The debate on the application of sunscreen with DEET is an old one. Using DEET insect repellent with sunscreen decreases the effectiveness of the sunscreen by about 30-40%. So if using both at the same time, be prepared to re-apply sunscreen more often than if using sunscreen alone.

There are several commercial products that combine DEET and sunscreen into one cream or lotion. These are generally not as good as using two separate products.

Should You Apply Deet or Sunscreen First?

For several years, the Travel Medicine community has preached application of sunscreen first and then DEET applied over the sunscreen.

This information comes from the CDC Yellow Book. Put the sunscreen on first, allow a period of about 5-10 minutes to allow the sunscreen to dry, prior to applying DEET insect repellent. The UK's NHS Fit for Travel gives the same advice as the CDC.

Advice from the International Association for Medical Assistance to Travellers also says to apply the sunscreen first and DEET second.

Studies on DEET and Sunscreen

It's important to note that evidence to support the application of sunscreen before or after DEET based insect repellent is limited.

Some medical experts have suggested that whichever way the two products are applied has little effect on the decreased efficacy of sunscreen. This decreased protective effect of sunscreen when used with DEET is unavoidable due to the product's chemical interactions.

It's been hypothesized that the sunscreen applied over the DEET may interfere with the evaporation of the DEET, thus lowering its ability to repel mosquitoes. However, there is no peer reviewed literature to back this statement.

The other belief is that DEET might be less absorbed by the skin if sunscreen were applied first, protecting the skin. Obviously, the goal is to reduce the skin's absorption of DEET as much as possible. This is also another theory without decent evidence.

Basically, there is no clear, scientifically robust evidence that support these theories; therefore a substantial study needs to be done examining this issue further.

In the meantime, it's advised you reapply both often to avoid being sunburnt and keep the bitey beasts at bay. This is particularly important if you go swimming, shower or sweat a lot.

Here are our tips for staying safe on Australia's beautiful beaches, from irukandji to rips and strong currents. 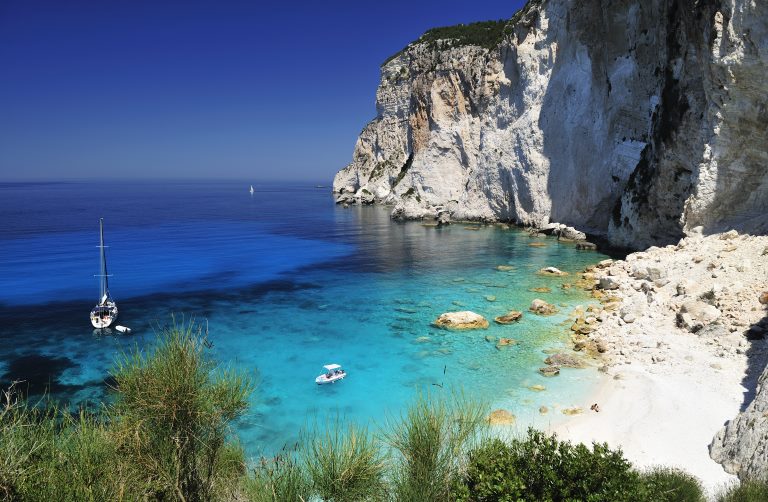