Have an attention-grabbing opening, follow a succinct storyline and use concise pacing. This is the advice from our newest Travel Film Scholarship judge on how to make compelling short-form documentaries.

What does your job entail?

I creatively and operationally oversee VICE’s video output for Australia and New Zealand, across all our online digital platforms (vice.com, Facebook, Instagram etc). This begins with defining the editorial direction, strategy and priorities for the year – what topics we want to focus on, where our audience is and the formats and platforms we want to utilize to reach them. From there, I work with a team of really talented young producers to ideate the series and stories we can produce to fulfil that plan.

I also play an outward-facing role for the company, forging relationships and partnerships with external filmmakers and collaborators. Most recently I spearheaded an exciting partnership with Screen Australia, giving local documentarians the opportunity to access funding to produce an episode of our tent-pole documentary series, Australiana.

I’m lucky enough to work alongside an inspiring and dedicated team, without whom I wouldn’t be able to do this.

What inspires your work today?

Outside of my work with VICE, my love of documentary has been further galvanized through some of the incredible docu-series that have come out over the last couple of years. Series like The Jinx, Making a Murderer, Wild Wild Country, Flint Town and Wormwood are not only challenging and evolving documentary form, but are growing the appetite and industry by bringing in mass audiences.

Probably the most memorable documentary I’ve worked on was one I personally produced a few years back called The Billion Dollar Cockfighting Industry. It was a story I actually stumbled into whilst in The Philippines shooting on a different project. We were outside of Manila and drove past these vast fields littered by rows and rows of miniature huts that roosters lived in. This spurred an in-depth conversation with the local crew I was working with about cockfighting, which was not only a notable part of their history but a modern-day, billion-dollar, entirely legal industry.

We ended up pre-producing and shooting the entire documentary within a five-day period, which was impressive considering the incredible access we got. I think this one sticks in my memory because it was a very intense but pure experience of documentary making, where the story just presents itself to you.

How do you choose which stories to tell?

There are definitely key things we’ll assess when considering any story. Specifically, for documentary and VICE, access is a major consideration. Some pitches can be great on paper, but without confirmed access to the person, place or event that is essential to the story, it isn’t something I would move forward with.

Another is character – the people you have confirmed to be in your documentary. I look for really strong, interesting characters that will be able to carry the story, and that are engaging to watch and listen to.

And, of course, you need to consider whether the story will connect with your audience. At VICE, our core audience is 18-35, so we’ll assess whether the larger themes and issues the documentary is speaking to are relevant to a young audience.

Lastly, you should always look at whether the story has been told before and whether you are adding a new angle or insight with your documentary.

Vice deals with issues such as drug addiction and mental health. What draws you to these subjects?

VICE has grown from very counter-culture beginnings, originally as a magazine. Whilst the company has evolved and expanded the types of stories it tells considerably, the drive to give voice to the marginalized is definitely still part of our DNA.

Shining a light on ignored and overlooked issues with society through documentary is a way to keep up people’s awareness of them. Documentary is such an important tool to be able to do this. Reading about issues like drug addiction and mental health don't always carry the same impact as they do in documentary format.

Is it important to remain impartial when making a documentary?

Absolutely. You need to be able to approach a subject with your own personal opinions and pre-conceptions removed. However, you should also be well-researched and informed before you leave the desk to shoot anything. Having a thorough understanding of the topic is key to feeling confident in your decisions about where to point the camera, and which questions to ask.

How do online audiences differ from viewers watching on more traditional mediums?

Online audiences have so many more options compared to the traditional experience of watching television. These days online platforms offer viewers hundreds of thousands of options to watch – which makes holding a viewer’s attention significantly more competitive.

This is why considering audience and platform from the beginning of your project is so important. You need to know the behavior of both and let this inform what you shoot and how you edit. For example, if you know you are trying to engage a particularly young audience, you might consider creating some bespoke Instagram story assets during the shoot as a way to drive that audience to watch a longer documentary.

My approach also has to consider the consumption habits of my audience. Online videos need to have an attention-grabbing first 10 seconds and use succinct storylines along with concise pacing to be successful.

What’s your advice for aspiring filmmakers?

Don’t be scared to work on a range of different projects when you’re starting out. Even if it’s not exactly what you want to be making in the long run, you’ll build skills, experience, and contacts. Once you have these in place, try to make the type of film you are passionate about, even if it's on a smaller scale. Your work will begin to form your CV, and lead you from project to project. 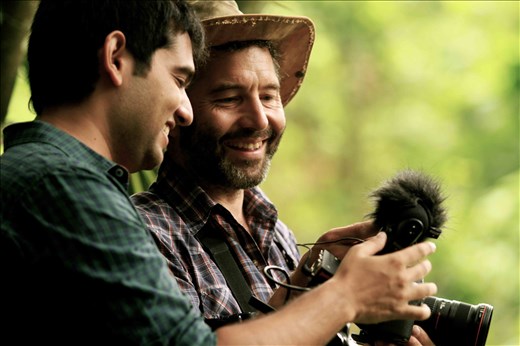 Follow Joshua's journey to the hill station town of Sapa in northern Vietnam where he captures the story of a social enterprise empowering ethnic minorities through responsible tourism.