Driving in Puerto Rico: Rental Cars and Getting Around

Driving is the easiest and most convenient way to get around Puerto Rico, but like any destination, it has its challenges. A Puerto Rico native shares what you need to know about safety, road conditions, the local drivers, and other transport options.

As a person who grew up in Puerto Rico and travels there often, one of my main recommendations to travelers is to get to know the island beyond San Juan. Puerto Rico, an archipelago of several islands, can be traveled by car, plane, bus, and ferry, but one of the easiest and most convenient ways to get around and explore stops off the beaten path is by car. Driving is the best way to enjoy less crowded beaches, go for a hike in the rainforest, or indulge at the countryside restaurants. Every destination has its quirks when it comes to driving, and Puerto Rico is no different. Here are some tips to consider.

Getting around by car

Getting around by car in Puerto Rico is pretty straightforward. If you're traveling with a US-based phone plan or with roaming, Google Maps works pretty well on the island – even lesser-known spots such as Charco El Hippie, a stunning waterfall and swimming hole, are easily found when using the Google Maps App. Also, with providers like T-Mobile, there's ample cell coverage across the island, including rural areas. If you're lost, it's generally safe to ask residents for directions. Many Puerto Ricans speak English, especially in the urban areas. However, bringing a Spanish-English dictionary or downloading Google Translate is always helpful.

Puerto Rico has several main highways that are in good condition. Just note that some of them now have automated tolls, so ensure you speak to the car rental agency about how they charge for tolls. Most cars will already have the AutoExpreso, the Puerto Rican toll collection system, installed in their vehicles.

Renting a car is relatively affordable, and the prices are comparable to mainland United States. Since 2020, there's been a price surge in rental vehicles, and unfortunately, Puerto Rico has not been immune to the pricing changes. Plan to spend between US $50-$100 a day for a car rental. Most mainland USA rental companies operate in Puerto Rico, making it easy to use your loyalty programs. Puerto Rican roads do have a lot of potholes, and sometimes, you need to take an unpaved road to get to some of the more remote beaches. If your budget allows, we recommend renting a jeep or SUV.

Location will dictate your driving experience in Puerto Rico. Puerto Rico does have aggressive drivers, especially in San Juan. Don't be surprised if you see someone hopping on the roadside to advance on an exit or cutting you off if you're too slow. However, drivers are more relaxed when you go into the rural or less populated towns.

San Juan, the densely populated metropolitan area, has its share of rush hour traffic or what residents call "El Tapón" (traffic jam). Avoid traveling towards San Juan between 6-9am and away from the metro area between 4-7pm. It can take you an hour to travel ten miles! Driving during rush hour can be very loud as well. Between the honking of impatient drivers, people blasting their music with the windows open, and friends chatting across vehicles, the San Juan commute can be pretty eventful.

Is it safe to drive in Puerto Rico?

Since the devasting damage of Hurricane Maria in 2017, there have been a lot of repairs done throughout Puerto Rico, and the highways are in good condition. Due to heavy rains, you may find potholes, especially on residential roads. If you're traveling throughout the countryside, be mindful that rural streets can be narrow, windy, and with a steep incline. If you want to travel to these areas, be alert on the road. When traveling narrow, winding streets, be sure to honk the horn as you drive around the curves. Hurricane season is from June to November when random heavy rains commonly occur. Some downpours only last for 15-20 minutes, but they can seriously affect visibility or cause flooding.

Another thing to consider is street crime. Unfortunately, carjackings happen in Puerto Rico, so be aware of your surroundings. Keep the car locked and the windows up and avoid distractions. Puerto Rico's Department of Transportation authorizes drivers to treat stoplights like stop signs between midnight and 5am. However, many locals will start doing this after 10:30pm with very little enforcement. Also, don't leave any valuables in your car, especially at the beach. In the case of an emergency, call 911 to contact the police.

Other ways to get around Puerto Rico

Although driving is the most convenient way to explore the island, there are several other ways to get around. In the San Juan tourist areas, local taxis and Uber are widely available. Rideshares and taxis may be available to take you outside of San Juan but be mindful that you may not be able to get a ride back as quickly (or at all). Public transportation is also available in San Juan via AMA, the bus system, and Tren Urbano, a train system connecting San Juan with the greater metropolitan area. Fares are US $.75 and $1.50, respectively. The AMA bus routes cover the main tourist areas in San Juan such as Isla Verde, Condado, and Old San Juan. There's also a ferry from Old San Juan to Catañ, perfect if you want to visit the Casa Bacardi.

If you want to travel outside of San Juan via public transportation, it’s a bit more complicated. You can hire a carro público (public car), which leaves from the Rio Piedras Terminal. This public car service has been in Puerto Rico for decades, and it's still affordable; however, there's no set schedule. These cars go to other towns such as Caguas, Ponce, and Mayagüez.

Finally, if you're considering a trip to Vieques or Culebra, the picturesque islands off the east coast of mainland Puerto Rico, there are two ways you can visit: by boat or plane. A ferry departs from Ceiba, a town on the island's east coast, and runs a route between the mainland and Vieques or Culebra. Check the website for the itinerary and to purchase tickets in advance. There's also a long-term parking lot at the port where you can leave your car. A ticket for $2 for a non-resident adult makes it an affordable choice, but it's usually crowded. Another option is taking a short flight from San Juan or Ceiba via Vieques Air Link or Cape Air. Although shorter and more convenient, the tickets can cost up to $200 per person roundtrip. 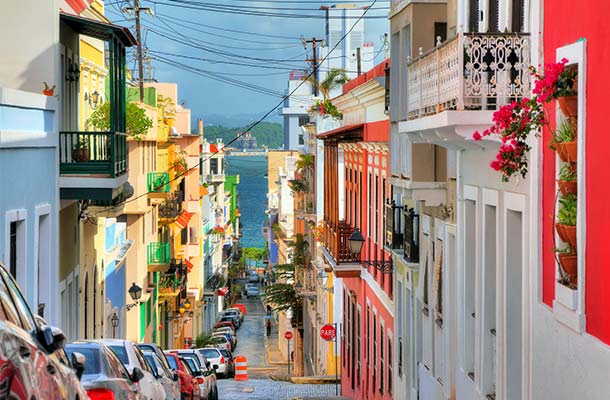 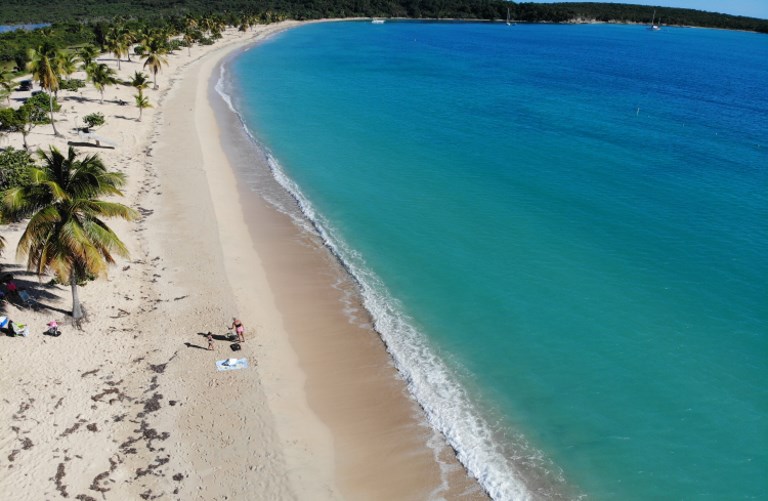 Many travelers don’t know much about Puerto Rico beyond its historic capital of San Juan. Puerto Rico native Jessica shares her tips on the hidden side of the island, from quiet beaches and lively towns to experiencing the local culture.