While traveling through the Chinese province of Guizhou, Jamie Fullerton visits the biggest radio telescope in the world – the FAST (Five hundred meter Aperture Spherical Telescope).

Is there life outside the confines of Earth’s atmosphere? Will little green men and women (or members of any other extra-terrestrial gender denomination) ever attempt to make contact with us?

If the answer to both questions is yes, there’s a chance that any chatty aliens’ first contact with our species will be via an enormous wok-shaped metal structure that has been dominating the landscape in China’s rural Guizhou Province since being switched on in 2017.

FAST: The Biggest Radio Telescope in the World

The 500 Meter Aperture Spherical Telescope (FAST) is the biggest radio telescope in the world, and making way for the huge pan which, as its name suggests, is half a mile wide, meant 9,000 locals were relocated from Guizhou’s green Pingtang County valleys.

Although its design might suggest that its mission is to cook the world’s biggest stir-fry, it is in fact part of China’s push to surpass the US as a space exploring superpower. FAST is designed to map space and to listen for signals from aliens.

Driving from Guiyang to the Dish

The 110mi (180km) drive to the dish from Guiyang, Guizhou’s capital city, is not the most futuristic experience – but is rather lovely. The province is one of China’s poorest, and, although alien tourism is emerging here, farming is the dominant industry. After passing a petrol station quirkily designed to resemble a circular spacecraft, our driver slows to allow an elderly lady to cross the newly laid road cutting through the countryside. A large buffalo obediently follows the wicker basket bound to her back.

Inside the Visitor’s Center

Things get more surreal in the theme park-like visitors’ center. Models of humanoid aliens and whoosh-bang motion sensor-based light shows teach visitors about planets. The notion that the truth is very much out there is stoked with plenty of depictions of bulbous-headed Martians.

“Aliens have probably been messaging us for decades, but we missed them,” a sign confidently declares. Another reads: “Although the US has UFO monopoly, they don’t have any privilege.”

It is the climb to the mouth of the dish, though, that really swizzes the imagination. With an electronic equipment exclusion zone around the structure strictly enforced, I hand over my phone and digital camera before being bussed through roller-coaster valley roads to FAST.

A lung-busting staircase climb, combined with the gasp-inducing first sight of the dish, exhausts me. Plonked in the base of a tranquil, tree-covered valley and shrouded in mist, FAST is a spectacularly eerie vision.

China’s President Xi Jinping called the dish the country’s “eye in the sky”, and the sense of national pride in it is strong here. Mr Fu, a 60-year-old military supply worker standing next to me, is awestruck. “I’ve never seen such a big iron pan,” he says. “The US has a similar one, but this is way bigger.”

Later, back in the visitors’ centre, the question of the existence of aliens is being discussed among the staff. Mrs Zhu used to be a farmer but now works here as a cleaner. For many farmers, FAST has meant stressful forced relocation, for others it has created steady new jobs.

“There might be aliens out there,” Mrs Zhu says, not looking particularly bothered about whether there are or not. “But that’s the government’s business. Even if they found one, they wouldn’t tell us.”

She swipes her hand over a sensor, bringing up an image of Jupiter on the wall projection in front of her.

Various group tours visit FAST on day trips from Guiyang, with most costing 400-500 yuan per person, including tickets. You must buy tickets in person, if not as part of a tour.

Hiring a car and driver for one day from Guiyang costs around 1,000 yuan. Contact the FAST ticket office (+86 0854 4831 788, Mandarin language only) for the latest entry ticket prices. If you can’t speak Mandarin, as your accommodation staff to help out. Discover a close-knit surfing community in Houhai Bay, a bohemian town in a corner of Sanya on the Chinese island province of Hainan. 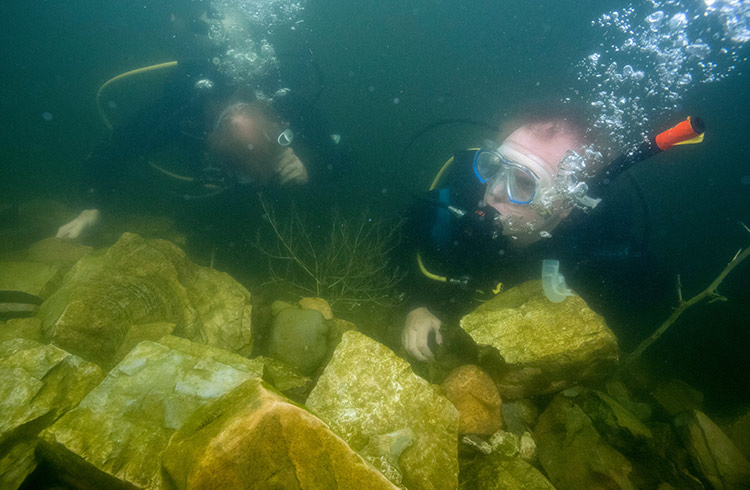 Into the Deep: Scuba Diving the Great Wall of China