4 Unique Experiences You Must Have in Mongolia

There aren’t many destinations left in the world that offer one-of-a-kind experiences, traditional culture, and authentic festivals. Mongolia is one country keeping its traditions alive.

Bouncing around in an old Russian van for a week, covered in dust, and drinking fermented camel’s milk is one of the most memorable experiences from my travels in Mongolia.

Joining a tour with four other adventurous travelers from France and Germany, we loaded up the van and said goodbye to the comfort of our hostel (and its showers), before embarking on an adventure we’d never forget. Our destination was the Gobi Desert, which spans from northern China to the south of Mongolia.

Leaving the industrial city of Ulaanbaatar, and heading into the countryside, was literally a breath of fresh air. Dotting the lush green white (yurts) and herds of sheep and goats - which would be our primary source of food during the trip.

To my surprise, the landscape continuously changed. Initially, I envisioned the Gobi Desert to be just that - a desolate, parched terrain. However, we found ourselves passing through grassy hills, sandy dunes, towering cliffs and Yolyn Am, a rocky gorge, covered in ice for 10 months of the year. During our trip, the ice had melted and we rode horses alongside the river; something I never expected to do in a desert.

At times, we were the only people around for miles. All we could see was the bright blue sky, rocky gravel patches of shrubs. As soon as our vehicle’s engine was turned off, the silence was eerie but beautiful. It was at that moment, when we were in the middle of nowhere, that one of the shocks on our van completely gave out.

We couldn’t drive any further.

Thankfully, we had done our research and ensured that our van had a GPS, satellite phone, basic tools, drinking water, and of course, a spare and shocks. Our driver ordered us out of the vehicle, got on his back underneath the van and proceeded to change the part.

Once the vehicle was sorted out, we were able to continue exploring the highlights of the Gobi Desert, all of which were spectacular.

The aptly named Flaming Cliffs were picturesque when the golden sun illuminated the rock, creating a flaming red color. it's where dinosaur eggs were first discovered in 1923. We also rode double-humped Bactrian camels at the Khongoryn Els sand dunes, at the base of the towering Altai Mountains which was a very memorable experience.

The best part of the Gobi Desert tour wasn’t about these popular sites.

The most memorable part of travel is often the “in-between” bits, and this was especially true in the Gobi. We watched a local family assembling , and pulled over to lend a hand. We asked our guide to find us some traditional fermented mare’s milk to try, and she found a nomadic family who had a barrel full in preparation for the Naadam festivities. We played with inquisitive children, befriended a baby goat, and sat in a circle with a couple of local men and sniffed snuff, scented tobacco inhaled through the nose, which is offered as a greeting in Mongolia.

Here are a few of the other unique experiences to look out for when traveling in Mongolia:

At this annual festival, held each July, burly men, wearing nothing more than boots, their underwear an open shirt, compete in wrestling matches.  In the past, women would disguise themselves as men and win the competitions, which is why the wrestlers must now wear the open style shirts.

As well as wrestling, the festival features the nomadic sports of horse-racing, ankle-bone shooting archery competitions, all important parts of Mongolian culture. This is a time when friends and families wear their best clothing, feast on food and drink, enjoy music, and watch the traditional sports. The main festival is held in the capital of Ulaanbaatar, but there are smaller festivals in other towns around the country.

One of the world’s greatest train journeys, the Trans-Mongolian Railway follows an ancient tea-caravan route from China to Russia, and connects Ulan-Ude in Russia, with the Chinese city of Jining, by way of Ulaanbaatar in Mongolia.

Board the train in Ulaanbaatar and head north towards Lake Baikal and Irkutsk in Russia, or make your way south into China, passing through the Ural Mountains and the Gobi Desert.

Note: times vary based on delays and which train you take. We booked our tickets online with Real Russia who a reliable travel company.

In the west of Mongolia, the province of Bayan-Ölgii ai is home to many Kazakh people. Held every October, the Olgii Eagle Festival (aka the Golden Eagle Festival) celebrates the Kazakh eagle hunters’ and the unique relationship between man and eagle.

Festival awards include Best Turned Out Eagle and Owner; Best Eagle at Hunting Prey (small foxes and rabbit); and Best Eagle at Locating Its Owner from a Distance.

During the festival, you'll see beautiful traditional clothing, can try local food, listen to traditional music, and buy crafts. Don’t miss the hand-embroidered tapestries made by the women, plus traditional Kazakh coats, and wool rugs.

Olgii is a three-hour flight from Ulaanbaatar. Accommodation is typically in a shared home, and you can arrange transport to the festival by shared taxi or local taxi ($0.30/kilometer) Tours to Olgii for the festival are also available.

Staying in a homestay (ger)

Staying in a ger is a quintessential part of traveling in Mongolia. You can either go on an independent hike, meet locals along the way and stay in their , or join a tour which will include a ger stay, or a stay in a tourist ger camp.

The nomads of Mongolia use horses and trucks to move their from pasture to pasture, a few times a year. Gers are warm in the winter, and cool in the summer. They have one door, are windowless, and are made of felt covers pulled over a frame of wooden lattice and columns; a hole at the top allows smoke from the stove to escape, and numerous wooden poles keeping the circular structure together.

If you stay in a ger with a family, or if you’re staying in one during a tour expect basic, but comfortable accommodation. There will be meat and cheese hanging to dry, and the family will be incredibly hospitable and offer you plenty to eat and drink.

Gers in tourist camps are made specifically for travelers. There have proper beds and a small wood-burning stove, and you’ll have access to hot showers and flush toilets. Tourist are sometimes more comfortable than the family , but they don’t come with the added bonus of a friendly local family.

When you’re invited into a family ger, it’s important to respect the customs and culture, and sample everything offered to you.

The best treks, the art of throat singing, and why travelers describe Mongolia as one big campground. Mongolia is still a developing country, and the standard of healthcare facilities varies. Here's how you can avoid some of the common health hazards while traveling. 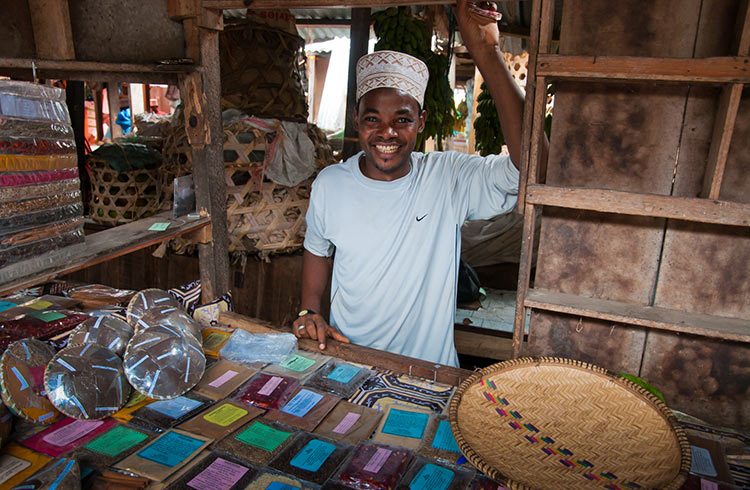 Discover the foods and festivals that Tanzania is famous for; from spice farms and savory Swahili food to soul-stirring cultural events.