South Korea: A Glimpse into the World of Edutaining

Considering doing a stint overseas in teaching, or a working holiday? Here's why you should consider edutaining in South Korea.

Hurricanes. Tornadoes. Debt. Many things loom in life. Yet none are worse than the terrible phenomenon that occurs every spring across millions of towns: Graduation.

I did not receive the memo about the available antidote for Post-Graduation Crisis. Many of my friends didn’t either. I loved college, loved what I studied, but the idea of not being in school anymore and becoming an adult? That scared me ten times more than when I went skydiving or bungee jumping.  However - lucky for me - after a few months of worry and searching, one of the most perfect jobs in the world came my way.

Typical Working Day as an Edutainer in South Korea

Here’s what a typical day might entail at this perfect job starting at 9:00am. Pretty normal so far, but at 9:00am I might be in rehearsal learning a dance to Michael Jackson’s “Thriller” or getting ready to do an island adventure themed game show. In the afternoon? Well, you might find me working on a new script or new music, then performing in a concert hall dressed as a Greek God or Monster King.

Now, you’re probably asking yourself... what the heck is this job?! Stop making me guess! Three words: Gyeonggi English Village.

I am an Edutainer at Gyeonggi English Village (GEV), in Paju, South Korea. Picture something like a theme park, with an educational twist. Think Disney or Bush Gardens.  Add: 7 cups of education, a heaped spoonful of English language, 4 sticks of immersion and 5 cups of entertainment.  Mix vigorously for 5 minutes and you’ll have yourself a giant bowl of Edutainer.

I’m one of three departments operating at Gyeonggi English Village: One Day Programs, One Week Programs and Edutainers. It has been one of the most rewarding jobs in my life so far. Since coming here I’ve co-written a new musical, worked on 4 musicals and I’m about to start directing our upcoming winter musical. I also worked as a drama instructor for a program GEV hosted for elementary school teachers, taught entirely in English.

The antithesis of desk job, I feel lucky to have this position.

I graduated with a Bachelor of Fine Arts in performance from The University of Michigan in the U.S. and I’ve been involved with music theatre since I was little. Nowadays, I get to have a ball performing in various musicals, hosting game shows, and working on different interactive entertainment activities where entertainment is the focus, but learning and being exposed to English is at the heart and soul. I’m constantly using so many different skill sets and I’ve grown so much as a person since signing my contract. So imagine doing all of this in a foreign country too?

Why You Should Immerse Yourself in South Korea's Culture

Korea has been home for me since December 2008 and I love her very much. I’ve had the chance to immerse myself in a culture so rich and fulfilling. I see the world from a whole new perspective and get a chance to see things from the Korean viewpoint. My extended engagement with a new society offers me so much more beyond the quick tourist trip. It’s something everyone should take part in. It’s priceless.

Recently, I sat down with some friends at a restaurant in one of my favorite neighborhoods of Seoul. An Israeli backpacker passed by as we ate. The backpacker happened to have met one of my friends the previous weekend.  He chatted for a bit then trekked off to his hostel. After a quick back-story from our mutual friend I found out the backpacker had been in China and was heading to Japan. He had been doing on his way for a few weeks now. One day he looked at a map and noticed, “Hey! There’s a country between China and Japan!” He had never even been exposed to Korea. He planned a quick three-day stop over to fix that and to add a notch to this global belt. He has been in Korea for almost two weeks now. He too fell in love with the country.

Don’t let this oversight happen to you. Make the trip or put South Korea on your dream list. Then come visit me at Gyeonggi English Village. We asked Melissa Barry – i-to-i’s work and holiday expert – to share her top tips for travelers who want to teach English in South Korea. A First-Timers Guide to WWOOFing in New Zealand

Keen to work abroad in New Zealand and don’t mind getting your hands dirty? Try WWOOFing. Here’s what to expect and how to apply. 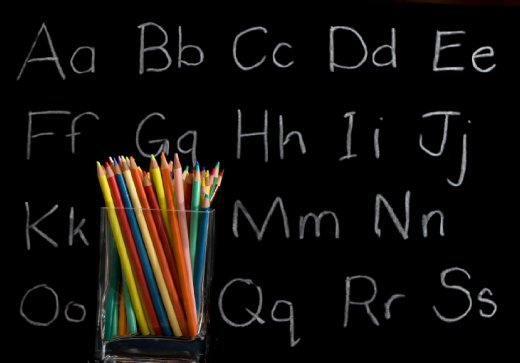 6 Things to Check Before Accepting Your TEFL Job

It’s tempting to get carried away with the excitement of going to a new country and being accepted for a job. But before you start packing your suitcase, make sure you check out the conditions.