What is Croatia like? Think crystal-clear water, gorgeous beaches, stunning waterfalls, and picturesque towns. Nomad Ellen shares her tips on things to do in Croatia, when to go, what makes it worth visiting, and how to get off the beaten path.

Croatia is one of my all-time favorite destinations – and I’ve discovered there’s a lot more to it than the iconic (and overtouristed) towns and crowded resorts. Here’s what to know before you visit.

Hvar is renowned for its glitzy, jet-set resorts and nightlife, but there are scores of other islands to choose from – many equally beautiful and charming, but much less noisy and crowded. Take the island of Cres (pronounced stress as in, “no stress in Cres”), where I was fortunate to spend 10 tranquil days. Though it’s one of the largest Croatian islands, it’s also one of the least developed, with lots of hidden beaches, historic hill towns, and seaside taverns instead of nightclubs.

2. Explore beyond Dubrovnik and visit Zadar and Rovinj

With its iconic city walls and marble streets, Dubrovnik is famous for good reason. But it’s certainly not the only Croatian city worth exploring. I fell hard for Zadar, with its cozy, maze-like Old Town and the quirky art installations along its promenade. One, the Sea Organ, creates music through wave action, while Greeting to the Sun is a piece that collects sunlight by day to create a solar-powered light show at night.

Or there’s the ridiculously picturesque city of Rovinj, on the Istrian peninsula. Though it can’t be called undiscovered, it may be the world’s best place to sit with a drink, on cushions along the rocky shore, and watch the sunset over the Adriatic.

3. Save money – travel in the shoulder seasons

Croatia is much more expensive – and busier – in the high-season summer months (June, July, August) than in September and May. During high season, visitors flock here from all over the world, quiet villages turn into raging party towns, and cruise ship passengers overwhelm port cities such as Dubrovnik and Split. Prices are much lower and accommodations much more plentiful in the spring and fall. I’ve visited in both May and September – in May, the water was a bit chilly for swimming in the north, but very pleasant in the south. The weather in September was ideal throughout the country.

Not all of Croatia’s beauty is on the coast. Inland, there are spectacular waterfalls. About two hours from Zagreb or Zadar, Plitvice Lakes National Park is home to a series of 16 turquoise lakes, connected by waterfalls and lined with boardwalks for strolling from one to the other without damaging the delicate terrain. It’s gorgeous any time of year, but especially in the autumn, when the leaves change color. We found it stunning even on a rainy, overcast day (pack a poncho).

At Krka National Park, about an hour from Zadar or Split, the impressive cascades are brilliant for swimming beneath.

Croatia’s beaches are beautiful, but they are rocky – expect pebbles rather than sand – and you need to watch out for sea urchins. Some of the best, hidden beaches also require a scramble down a hillside.

Before you leave home, pack a pair of shoes you can wear over rocky or slippery surfaces. If you're already in Croatia and can't find a pair, a grippy pair of sandals should do the trick.

6. Be sun smart in Croatia

Don't forget to pack sunscreen for your trip. The sun can be very strong – don‘t underestimate it, even under the cloud cover. A sunburn can ruin your holiday, so be sun smart.

Pack a hat and sunglasses, too, and remember to apply your sunscreen at least 20 minutes before you go swimming, and reapply liberally once you're dry and out of the water.

7. Istria could be confused for Tuscany

With its Venetian-style clock towers, medieval hill towns built with golden stone, vineyards, olive-oil tastings, and truffle cheese, the Istrian peninsula resembles its close neighbor Italy. It's not surprising as Istria was part of Italy for much of its history – Italian is its second language, and many of the signs are in both languages. Though the coast is quite developed and can get very touristy, the inland towns and villages are peaceful and rustic; we stayed at an agritourism hotel with two retired truffle pigs in residence.

As well as the delicious, Italian-influenced food and wine in Istria, the dish that I still dream about is one I tried in Lapad, on the outskirts of Dubrovnik. Called “fish under the bell,” it’s a slab of fish with potatoes, cooked under embers inside a terracotta dome. It sounds simple, but it’s buttery perfection. It can also be made with octopus, lamb, chicken, or pork.

It’s also fun to try the many varieties of rakija (local brandy), which, depending on the region, can be flavored with pears, plums, cherries, honey, herbs, or even mistletoe. 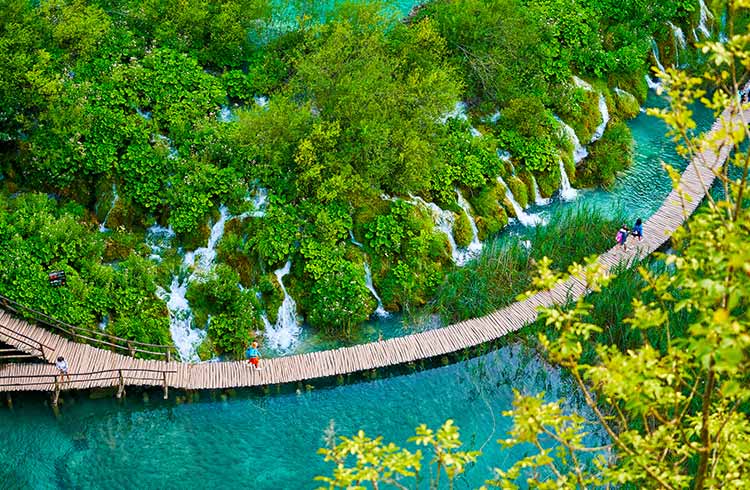 Is it safe to travel to Croatia right now? Get crime, scams and transport safety tips before you go. 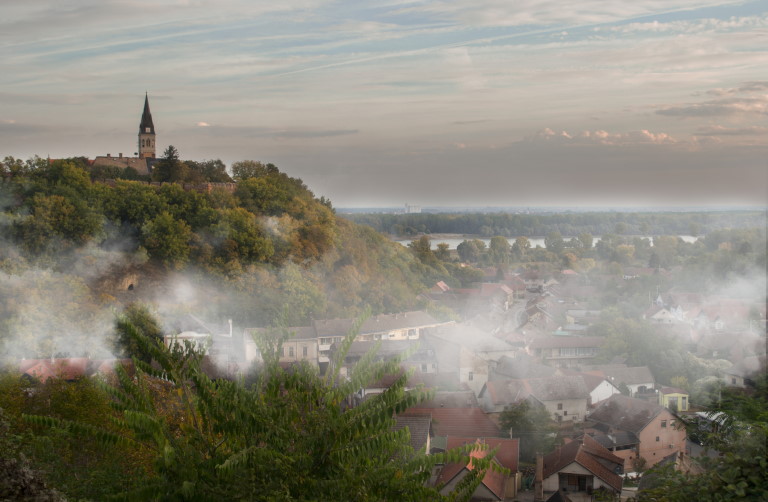 Why Eastern Croatia Should Be on Your Radar

Head away from the crowded Dalmatian Coast and discover the region of Slavonia and Baranja, offering hearty, delicious food, world-class wine, Baroque architecture, and wetlands teeming with bird and animal life. Check out our travel insurance plans which may help safeguard you during your next adventure.