For 12 days in May, all eyes turn to Cannes on France’s glitzy Cote d’Azur, centre of the cinematic universe, for Festival de Cannes.

At Cote d’Azur more than 30,000 producers, distributors, directors, publicists, stars and hangers-on descend to buy, sell or promote more than 2000 films. As the premier film event of the year, the festival attracts around 4000 journalists from around the world, guaranteeing a global spotlight to anyone with enough looks or prestige to grab it.

The festival has attained these starry heights despite an inglorious beginning. The first festival was pegged to begin on 1 September 1939 as a response to Mussolini’s Fascist propaganda film festival in Venice, but it came to an abrupt halt when Nazi Germany invaded Poland that same day. The event was held over until 1946.

Over the years the festival split into ‘in competition’ and ‘out of competition’ sections. The goal of ‘in competition’ films is the prestigious Palme d’Or, awarded by the jury and its president to the film that best ‘serves the evolution of cinematic art’. Notable winners include Francis Ford Coppola’s Apocalypse Now (1979), American activist Michael Moore’s anti-Bush administration polemic Fahrenheit 9/11 (2004) and Ken Loach’s Shakes the Barley (2006). The vast majority of films are ‘out of competition’.

Behind the scenes, the Marche du Film (Film Market) sees 150 million Euros worth of business negotiated in distribution deals. And it’s this hard-core commerce combined with all the televised Tinseltown glitz that gives the film festival its special magic.

Official screenings take place in the ferociously ugly Palais des Festivals, though you won’t be able to get into any of these events - the true Cannes festival is reserved for filmmakers and the press - limiting your film going to the free tickets that are often available to selected individual films, usually after their first screening.

Cannes’ great blood sport is celebrity spotting, and the best place for this is by the red-carpet entrance to the Palais des Festivals, where you can see the stars go to whichever flick is showing that night. Crowds build up soon after lunchtime, so stake out a spot early. If you want to be a little less paparazzi about it, other tactics include just hanging about on the Riviera’s poshest prom La Croisette, where somebody from the pages of Hello! is bound to walk by. You can also go all out and book yourself a room in the Carlton InterContinental, where the stars stay - book early.

3 - go star-spotting by the red carpet.

For tickets to individual screenings head to the Cannes Cinephiles (04 97 06 44 90) ticket booth outside the Palais des Festivals.

If you want to feel like a celeb for a couple of hours, take tea on the sea-facing terrace in the Bar des Celebrites in the Carlton InterContinental, a great place to see and be seen. Heading to Hautes-Pyrénées in France? Find out where to get the best pork during La Pourcailhade, the Pig Festival. 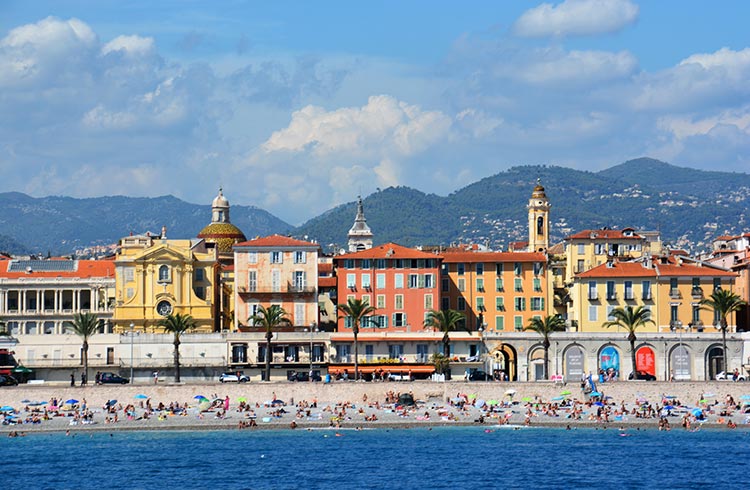