Despite the language hurdle most travelers face in Italy, it's still an easy country to visit – even if you've never been outside your home country before. Here's what Italy is like and what to know before you visit.

Planning to travel to Italy? Here are five things to know, courtesy of Jessica Spiegel, a Portland-based travel writer for BootsnAll Travel, and author of Italyexplained.com.

1. There's no such thing as “Italian food”

We all know what to expect when we go to a typical Italian restaurant back home – the usual array of pasta dishes, maybe a couple pizzas, and, of course, a tiramisu on the dessert menu. Would it surprise you, then, to learn that in some parts of Italy you'll be hard-pressed to find tomatoes in the local dishes at all?

Italy is a young country, formerly made up of independent  – now called regions – with which most residents of those regions still primarily identify. Each region has its own personality, its own dialect (sometimes its own language), and its own cuisine. Moving from region to region – and sometimes from town to town – introduces travelers to new local specialties, and it can be a shock to those of us who think we already know what Italian food is.

Get to know what's produced locally and what's in season, and you'll be eating the freshest and best of what that area has to offer. Steer clear of so-called “Italian food” that's not typical of the region you're in, and you stand a much better chance of avoiding touristy (and overpriced) restaurants.

2. Cash is preferred over credit in Italy

Most Italians pay for things on a day-to-day basis with cash – from their morning coffee to dinner that evening and everything in between. For those of us who have grown accustomed to paying for milk and bread at the grocery store with a debit card, it can be a little jarring when the waiter at a decent-sized restaurant balks when you hand him a Visa.

Most of us know that businesses pay a fee each time we pay for something with plastic, but in many countries, businesses are willing to pay that fee because the culture leans toward the “customer is always right” end of the scale. Italy, for all its perks, is not the land of customer service. If something is an inconvenience for a shopkeeper – such as paying the Visa fee – he'd just as soon not have the machine at all. This works in Italy, because it's already so cash-centric – it's the visitors who sometimes get caught out.

And don't worry – almost every hotel in the country (and certainly all the big ones) takes plastic, as do train stations.

There's that great line about how “at least Mussolini made the trains run on time” – we've all heard it, and it's funny, but it's not true. It's an urban legend (one that some older Italians still repeat – don't try to argue with them).

Today, the trains in Italy are notorious for being a bit late, or for occasionally not running at all due to periodic labor strikes – and yet they remain, in my mind, the best way to get around most of the country. There are certainly places where you'll want to have a car, or where a bus might serve your needs better, but in most cases I still recommend trains as transportation – especially if you're sticking to bigger cities and towns.

I should note that while people will complain that trains are always late in Italy, that's not license to show up late for your train and then be annoyed when it's already left the station. In my experience, trains in Italy are more often on time than they are weirdly delayed.

4. The waiter isn't being rude when he leaves you alone to eat

This phenomenon isn't unique to Italy, but it bears mentioning because it catches so many off guard.

Where I live, waiters come check on you 90 seconds after depositing a plate in front of you, wondering if “everything is okay” before you've had a chance to even take a bite. They'll check on you a few times during the meal, and then when it looks like you're close to being done, they'll leave your bill on the table for you to take care of at your convenience.

In Italy, after your meal is delivered, you may not see the waiter at your table again until it's time to clear your plates. And when you're done with your meal, after coffee or dessert or whatever your final course was, no one's going to come by with a bill without you specifically asking for it.

This is not the waiter being rude. This is the waiter letting you enjoy your meal and your dinner conversation for as long as you want. Restaurants in Italy are not looking to “turn over” tables every 1.5 hours – once you sit down, that's it, that's your table. It's yours as long as you'd like to stay. There's a reason the Slow Food movement begain in Italy, after all.

So, when you're ready to leave, you just flag down your waiter the next time he passes by and say, "Il conto, per favore." You'll get your check, and you're not being rude for asking for it. Oh, and don't forget to bring cash. (See point 2)

5. In Italy, an empty restaurant doesn't mean the place is bad

I can't tell you how many times I've gone into restaurants in Italy, at what I thought was dinner time, only to find the place nearly empty. This is usually a good reason to leave a restaurant, because if the locals won't eat there, why should you? In Italy, however, you need to check the time before you make that judgement call.

Italians eat late – not as late as the Spanish, in most cases, but the dinner hour in many cities doesn't start until at least 8pm if not later (in Milan, restaurants don't get busy until 9pm, even on weeknights). Many restaurants in bigger cities and towns (especially if they're even relatively popular with tourists) will be open earlier than that, but the earlier opening time isn't for the locals. It's for visitors.

If you can't adjust your dinner hour to match that of the locals, that's fine – just remember that if a restaurant is dead quiet at 6:30 or 7 in the evening, that may have nothing to do with the quality of the establishment and everything to do with the time.

You'll note in a few of the things listed above that the concept of time may seem a bit fungible in Italy – and it is, in a way.

Breakfast may be a tiny shot of coffee and a pastry inhaled while standing at the bar, and Italian drivers may seem like they all think they're in a Formula 1 race, but generally speaking, Italians aren't wedded to the clock.

You'd do well to try to adopt this mentality while in Italy (when in Rome, etc.), as it will help you avoid frustration with things like train delays and waiting to get the bill in a restaurant. Relax. You're on vacation, after all. 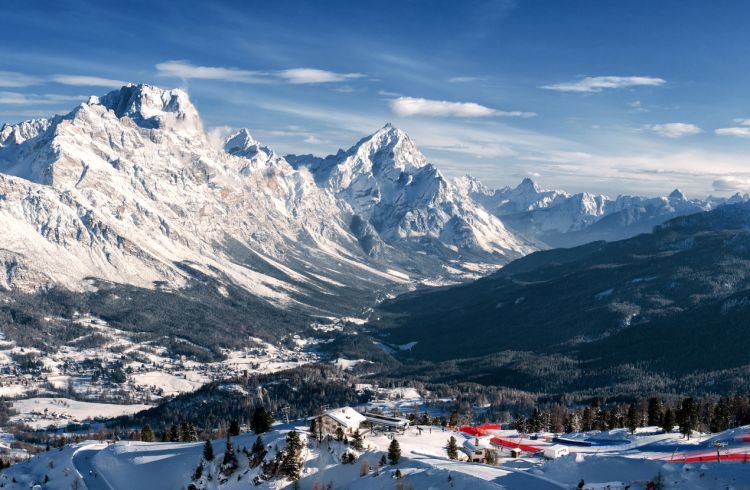 Excited to go skiing or boarding in Italy? Don't get complacent – find out how to stay safe on the mountain with these basic ski safety rules.