This vibrant, bilingual city is best known for its creative arts and culture scene, but the most trendy suburbs and exciting foodie secrets are often locals-only. Our insider Nicola shows you exactly where to go.

Montreal has a more European feel compared to Canada’s other big cities, which shouldn’t come as a surprise as it’s actually the second-most populous, predominantly French-speaking city in the world after Paris. Mais !

Summer is the best time to visit when the streets come alive with sidewalk patios and outdoor performances, and many of the big festivals like the jazz festival and circus festival draw international crowds to buzzing venues in June and July.

Don’t discount winter though. Just don your hat, scarf, and thermal underwear and head to the beloved electronic music festival, Igloofest, in January and February. Montréalers know better than anyone how to have fun in sub-zero temperatures.

If you’re looking for sweeping vistas, head to the big hill in the middle of the city – Mount Royal. In the evening, look to the hill to spot the giant illuminated cross, one of the city’s best-known landmarks.

If it’s an adventure you’re after, hike 4mi (7km) to the summit – the top of the hill is also accessible by bike and car if you’re not up for the trek. Snaking trails make it easy to spend an entire day there. Be sure to pack a picnic lunch, a bottle of wine, and set yourself up by Beaver Lake after a day of exploring.

One of the trendiest neighborhoods in the city is also one of the best places to see Montreal’s iconic outdoor staircases and mural-sized street art.

Grab a BIXI bike and your camera to explore this lively neighborhood.

Make a stop at Jewish bakery Hof Kelsten on Boulevard Saint Laurent for some irresistible, freshly-baked bread (which they supply to some of Montreal’s top restaurants, like Joe Beef and Toqué) and interesting sandwiches.

There are plenty of hipster coffee shops to fuel your adventure here, too.

Île Sainte Hélène, just across the Jacques Cartier bridge, is a great spot to escape the busy downtown core. This little island in the Saint Lawrence River has played a significant role in the city’s history, as it was once a fort, a prison, and home to Expo 67.

Within Parc Jean Drapeau on the island, you’ll find the theme park La Ronde, which is a great summertime day-trip for families with kids (and those young at heart), and the Montréal Biosphere museum with its impressive dome is a must-see.

To get a real feel for Europe, head to Old Montreal by the water. History buffs will love discovering some of the city’s oldest and grandest buildings, including the Notre Dame Basilica, Saint Sulpice Seminary, and City Hall.

If you’ve got a sweet tooth, pop into Maison Christian Faure across from Montreal’s archaeological museum for some traditional French pâtisserie treats.

You can’t leave the city without having a poutine (a saucy mixture of fries, gravy, and cheese curds) at La Banquise. Ditto a Montréal smoked meat sandwich from Schwartz’s Deli. 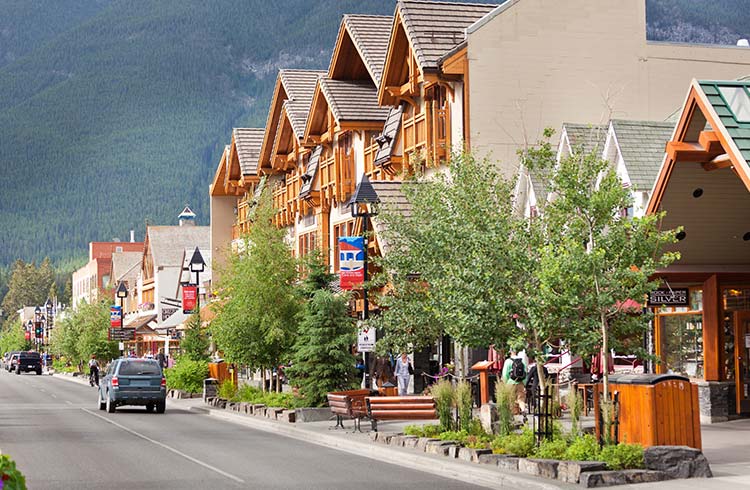