Planning a road trip through Canada? Don't skip Northern Ontario! A nomad share's her story and 4 tips to make it a smooth one.

When my friend Cailin and I drove across Canada in 2011, we didn’t have high expectations for Northern Ontario. Most people actually told us not to bother with the whole thing, and to drive through the Northern US instead. But then wouldn’t that just kinda beat the whole point of the trip? No, we’d tough it out. And tough it out we did. And of course, everything that occurred was like something out of the twilight zone.

As soon as you’re out of Toronto and headed to Sault Ste-Marie, it becomes obvious you’re entering No Man’s Land. The roads start to crumble. The traffic gets sparser. Everything begins blending together into one hazy landscape. Trust me, this is the worst stretch of road in the backcountry.

Fortunately, you’ll still have cell reception on this leg. There's also at least one place to stop and have lunch: in the small city of Sudbury, a former nickel-copper ore-mining town (hence the famous giant Sudbury Nickel).

I didn’t get to see a great deal of Sault Ste-Marie, sadly. Mostly, I remember being petrified by the loud shotgun noises going off to scare the geese away from our hotel. geese are nuisances, not precious Canadian emblems.

You can also cross the border into the US from here, just so you can say you did. Or, you know, visit the US.

This part of our journey was the most entertaining. Before we set out on our Northern Ontario journey, people warned Cailin and I time and time again to always make sure we had a full tank of gas before we left a major hub… especially Sault Ste-Marie. But as we were leaving the Sault, some very interesting mannequins featuring busty ladies, dirty cowboys, and even a cartoon-ish moose holding a defenseless man up by his underwear distracted us. I can’t make that stuff up. We were about an hour into our drive before we realized fuel levels were dangerously low, and there was no sign of a gas station in sight.

Our cell phone service had entirely dropped off nearly as soon as we left the Sault. Things were tense. The following 90 minutes were filled with stress and quiet worry. Neither one of us spoke. We hardly saw any other vehicles on the road with us, and we had no idea when we could next pull over. Finally, when we were surely running on nothing but fumes, we pulled into a gas station in the middle of a monsoon downpour. Our car was the only one in the parking lot. Squeegee guys and a friendly attendant who offered to fill our tank instantly bombarded us. We slipped into a cabin-like rest stop to purchase $1 coffee in styrofoam cups, and then somehow ended up in a shop selling Native wares.

My was a carving of a Native’s head and headdress turned into a lollipop tree for children. I’m sure it was meant for children, but the whole thing was just darn creepy.

Our brief time in Thunder Bay deserves its own story. First up: consider how odd it is for such big towns like Sudbury and Thunder Bay to exist in the middle of Northern Ontario. They’re entirely isolated, at least six hours from the nearest major city, and they exist in a world all their own.

Cailin and I were due to stay at the Thunder Bay Hostel, on the outskirts of town. We were searching for an exit before coming upon the city, and our GPS wasn’t really giving us any good answers. Funnily enough, as we were approaching Thunder Bay the sky lit up with thunder and lightning. I remember Cailin saying, very seriously, “We’re driving into Thunder Bay, and there is thunder. This can’t be good.”

We eventually found the turn-off to the hostel, on a dark and deserted road with nothing else on it. We pulled up at the hostel and the kind owner greeted us. After we paid (cash), he led us to our quarters in an adjoining trailer. We literally did not see another person, although the owner kept mentioning a guy named Mario. By the sound of it, Mario was the kingpin of the whole and liked to keep things clean and orderly around the hostel. Also, there was a refurbished school bus filled with partying teenagers outside.

We had a good rest that evening, which wasn't hard, as it was so quiet and deserted. The next morning, while Cailin was loading her luggage into the car she heard a voice behind her say, “Oh, hello there.” She turned around to find (presumably) Mario sitting on a bench, watching her while stroking a cat. They talked briefly. We said to the owner, and left. Quickly.

Apparently Thunder Bay is home to a huge Finnish population. We went to The Hoito – my first ever Finnish restaurant – and ordered the famous Finnish pancakes. We were clearly the only outsiders around, sitting at the bar with the Seniors-Only club. But man, the pancakes were delicious.

Thunder Bay to Manitoba – the backcountry of Ontario – was actually breathtaking, and I do mean that. It was slightly reminiscent of Cape Breton – one of my most places ever – with rolling green hills and the occasional moose sighting. But after driving through that whole province for more than four days (including Ottawa and Toronto), we were delirious with happiness by the time we reached the Manitoba border. You'll know you’ve reached it, Manitoba is pretty flat.

2. Get a GPS, because your cell phone will NOT work.

4. Always keep an eye out for Mario. 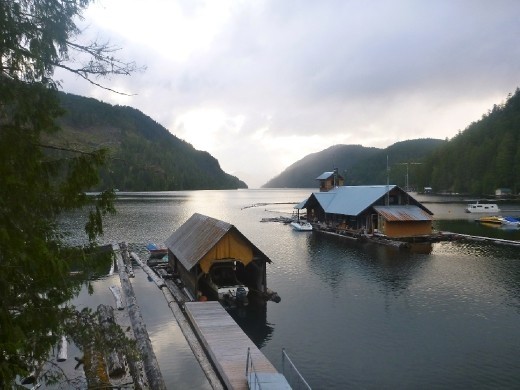 Heading to Canada during winter? Here's how to prepare for the freezing cold temperatures so your trip is a safe and warm one.