5 Adventures on Cape Breton Island Not to Miss

Located on the north-eastern side of Nova Scotia, Cape Breton Island is filled with jaw-dropping landscapes, historically and culturally significant sites, and some of the friendliest people you’ll meet in the world.

The island is broken down into five distinct regions and driving routes, but it’s the Cabot Trail that lures visitors from around the world.

This 186mi (300km) circular route can be completed in either direction, though counter-clockwise keeps you on the outer side of the roadway for those epic views.

Take your time and spend a minimum of three nights on the Cabot Trail to fully appreciate the coastal and mountain views.

Take a Trip to Louisbourg

Learn about the significance of Cape Breton Island’s location at the Fortress of Louisbourg. 1713 by the French to maintain its hold on the lucrative fishing industry and to protect Quebec City from British invasion, it fell twice to the British before being demolished.

Today, it’s the largest reconstructed historic site in North America and allows visitors to experience a typical day at the fortress in the mid 18th century, including the chance to sleep overnight in either the Rodrigue or an style tent in the King’s Bastion.

In addition to Louisbourg, other notable towns to visit include Sydney, Ingonish, Cheticamp, Inverness, and Baddeck.

Outdoor adventures abound on Cape Breton Island, including kayaking, cycling, and camping. Hikers will want to spend a few days at Cape Breton Highlands National Park and tackle both Franey – a challenging 4.6mi (7.5km) loop trail with views of the landscape below, and the Skyline Trail – an easy 5.2 (8.5km) loop trail best enjoyed at sunset.

Cape Breton Island celebrates its Celtic culture in grand fashion in the fall season. Every year for 9 days, Celtic Colors International Festival takes over the island with live music and dance performances.

The festival draws visitors from around the world and takes place with the stunning backdrop of the fall colors. 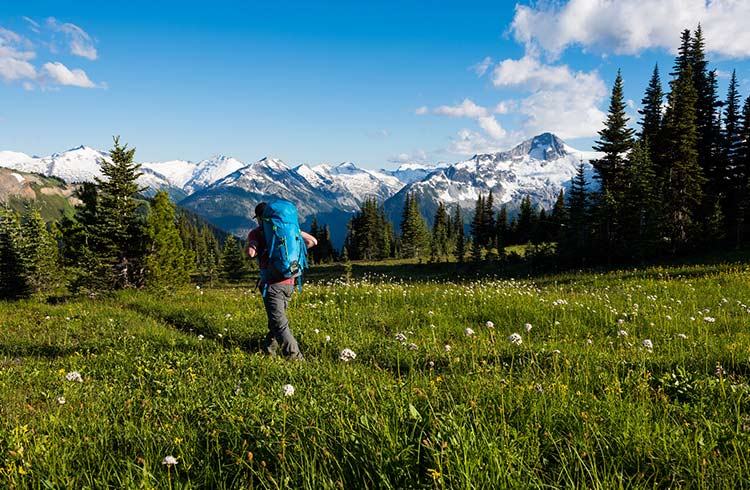