While the Peninsula Valdes is famous for its marine life, lesser-known areas like the Yungas, El Chaco, and Pampa de Achala offer a different but equally rewarding (and often more intimate) experience.

The arid landscapes around Salta are a world apart from the cloud and montane forests that comprise the nearby Yungas. Parque Nacional Calilegua is one of Argentina’s most biologically diverse ecosystems, with more than 270 identified animal species, including 50 percent of all bird species in the country. But you’ll have to get seriously deep in the forest (and be very lucky) to catch a glimpse of the park’s resident mammals, which include jaguar, ocelot, puma, monkeys, otters, peccaries, and tapir.

Guided tours are available from Salta and San Salvador de Jujuy, and a trained guide will greatly improve your chances of spotting the park’s elusive mammals.

Calilegua is massive, so spending a night at the Aguas Negras campsite is recommended. Independent travelers can access the park from San Salvador de Jujuy (75mi or 120km) and from Salta (106mi or 170km). There are regular bus services from Salta to Libertador General San Martin (6mi or 9km away), and then from Libertador to San Francisco, within the park.

In the center of Salta Province, Parque Nacional El Rey preserves another remarkable tranche of Yungas cloud forest. The park’s biodiversity is impressive, with 21 species of reptiles, 255 species of birds, and 50 species of mammals. Located 125mi (200km) from Salta, tour operators offer 4x4 day tours for around $250 ($5,295 ARS), with the focus on hiking and wildlife watching.

El Baritu National Park is the least accessible of the national parks, requiring a stop in Bolivia to reach Aguas Blancas and Los Toldos, the regional gateways. For hard-core wildlife enthusiasts, it’s worth the trek.

Named for the park’s poster child, the Andean condor, Quebrada del Condorito National Park undulates across the high peaks of the Sierras de Cordoba. Accessible year-round, the park’s canyons are prime condor nesting and can be visited with little effort from Villa Carlos Paz (34mi or 55km), or Cordoba (56mi or 90km).

Most travelers take the moderately rated 6mi (9km) Senda a La Quebrada del Condorito, a marked hiking trail which descends to Balcon Norte, a lookout point where young condors hone their flight skills at what is known as the Escuela de Vuelo (Flight School).

The park is also home to less conspicuous mammals, including puma and red fox, as well as more visible snakes, lizards, and geckos; be mindful of the park’s venomous snakes, namely the big .

The birdlife is prolific – in addition to condors, you may see grey-hooded parakeets, Magellanic woodpeckers, and the protected grey-hooded sierra finch. Most travelers sign up for a tour from Cordoba, but independent travelers can take a bus from Cordoba to the park’s entrance at La Pampilla (about 1.5 hours; direction Mina Clavero).

Located in one of Argentina’s poorest regions, there’s no shortage of superlatives to describe Gran Chaco. Covering vast swathes of Argentina, Paraguay, Bolivia, and Brazil, the Chaco contains the second-largest forest on the continent and ranks as the largest dry forest in South America.

What the Gran Chaco lacks in scenic majesty it more than makes up for in biodiversity, with a wildlife inventory that includes , maned wolf, puma, anteaters, and the world’s largest armadillo. Birders will be in their element, with more than 500 species logged in the Chaco’s dry region.

influence here has been minimal, and the few travelers that venture here generally do so on a guided tour; most of the Chaco is inaccessible, with poor transport links and horrendous roads. The region’s most accessible national parks are Parque Nacional Chaco (reached from Resistencia), and Parque Nacional Río Pilcomayo (reached from Formosa).

In the center of the Chaco region, El Impenetrable – Argentina’s newest national park – offers spectacular bird and animal life. The park’s wetter regions are a haven for capybara, two species of caiman, and tapir.

Park facilities are non-existent and (at the time of writing) there is no accommodation close to the park. Independent travelers can access the park at Paraje La Armonia (37 mi or 60km from Miraflores), which is linked by bus service from Miraflores to Nueva Pompeya. 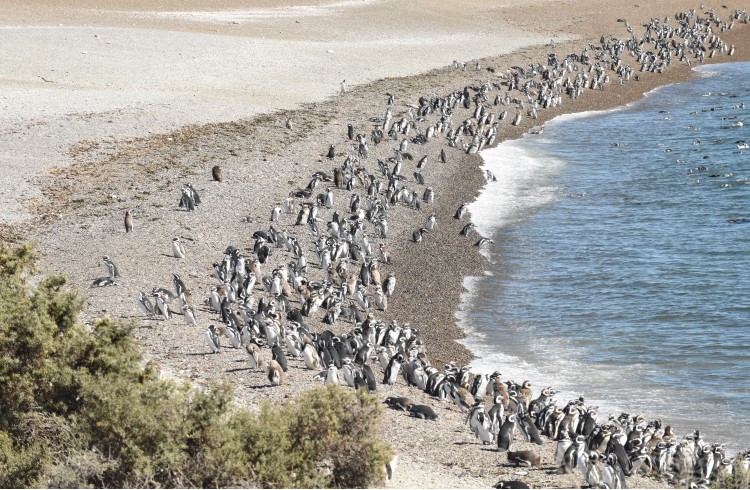 Where else can you spend the day watching penguins and killer whales, and then fortify yourself with tea cakes in a Welsh tea house?