Safari in Nepal: 8 Places to See Wildlife Beyond the Mountains

While people flock to Africa to see the ‘big 5’, Nepal has its own awe-inspiring wildlife: rhinoceros, elephants, tigers, gharial crocodiles, deer, and an abundance of bird-life.

When you’ve had your fill of the mountains, head south to the national parks and wildlife reserves on the plains. The best time to visit the jungle is between October and March.

Chitwan National Park, accessible from Kathmandu and Pokhara, has run a very successful rhinoceros conservation project. In 2016, it celebrated the second consecutive ‘zero-poaching’ year, and has roughly doubled its population of one-horned rhinoceros in the past decade.

Now, there are more than 600 of the enormous animals in the park, and you’re practically guaranteed to see at least one — I saw nine on my last visit!

Many other animals and birds live in and around the park, including elephants, gharial crocodiles, deer, and vultures.

There are various ways to go on safari in Chitwan, but two of my favorites are on foot or via a jeep safari.

While many travelers flock to busy Sauraha, there's a more peaceful and eco-friendly way to experience the park, by visiting Tiger Tops Tharu Lodge.

Here's why we choose to avoid any elephant riding activities, and why you should too.

Tiger Tops’ Tharu Lodge, on the edge of Chitwan, offers a range of lovely safari options.

Traveling through the jungle on an ox cart is much quieter than going in a motorised vehicle, and it disrupts the wildlife much less.

You are more likely to see shy animals this way. You can also do a walking safari.

Stay at the Barauli Community Homestay to learn about the local Tharu people, and experience the jungle at a slower pace.

I took a sunset bicycle tour down to the banks of the Narayani River. I also joined the Homestay’s jeep tour within the park, and was the only visitor. We ended up spending several hours in the park.

Bardia National Park, in the far west of Nepal, is much less-visited than Chitwan, so offers a more rugged safari experience.

While Royal Bengal Tigers live in various parts of Nepal, and are pretty elusive, you have a chance of spotting them here.

The Karnali River runs very close to Bardia, so a unique way of experiencing this park is to combine it with a ten-day white-water rafting trip down the Karnali.

Bird enthusiasts will love Koshi Tappu, on Nepal’s eastern plains. It also makes for an excellent day trip from Pokhara.

The wetland area is home to over 400 bird species. You can spot various species of storks, ducks, geese, eagles, terns, lapwings, kingfishers and more.

Tented camps, both luxury and quite basic, have been set up in the area, and cater specifically to bird watchers. From the Upper Mustang and Annapurna region to mountain biking near Pokhara, Samantha McMahon shares her favorite places to go. 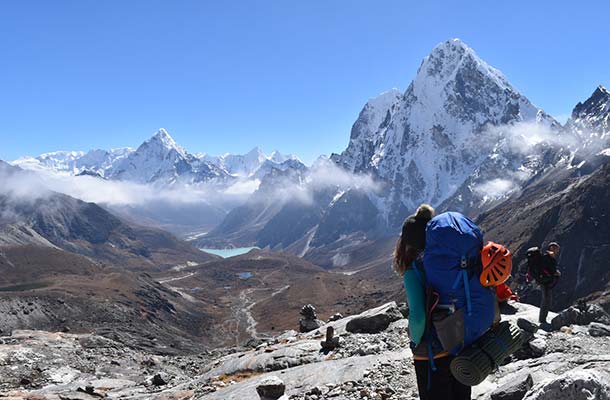 There's more to Nepal than trekking - here are 7 other adventures you can't miss.