Is Costa Rica Safe? Everything You Need to Know

How safe is Costa Rica for visitors? Dave Seminara shares his travel safety tips, from places to avoid to violent crime, common travel scams and personal safety in Costa Rica.

Read the latest travel alerts to find out how COVID-19 restrictions affect travel to Costa Rica.

How safe is Costa Rica?

Costa Rica is a beautiful country that essentially invented the eco-tourism holiday. Nestled between Nicaragua and Panama, Costa Rica is unique in the region because it has no standing army and has had no civil wars. It boasts a great climate, friendly people, beaches, wildlife and enough adventure travel opportunities to fill a month-long holiday.

But, it can also be a deceptively risky place to visit, particularly for travelers who have no experience of traveling in Latin America.

It’s a major transit country for drug trafficking, and in recent years, hundreds of thousands of migrants from poorer neighboring Central American countries have flooded into Costa Rica seeking work. While some have found it, many others do not have regular employment and are desperate enough to commit crime.

Here are a few tips to help you stay safe in beautiful Costa Rica.

How bad is crime in Costa Rica?

However, the homicide rate increased from 11.9 homicides per 100,000 people to 12.3 in the last year, and crime is still a significant threat to travelers in Costa Rica.

While most visitors do not experience trouble, you should exercise common sense safety tips to avoid becoming a potential target for criminals.

Tourists stand out from locals, but it’s easy to minimize your risk of serious crime. Here’s how to avoid trouble (that you could apply to anywhere you travel):

Is Costa Rica safe for families?

Yes, Costa Rica is a great destination for family holidays and most families who visit experience no safety concerns.

Families probably have fewer problems than other categories of travelers in Costa Rica because there’s strength in numbers and, for the most part, families aren’t engaging in hard partying.

Many LGBTQ+ travelers visit Costa Rica and report few problems. Compared to other Latin American countries, Costa Ricans are considerably more tolerant than many other nations in the region. On 26 May 2020, Costa Rica became the first country in Central America where same-sex couples can obtain civil marriage licenses.

That said, overall levels of tolerance maybe a touch lower than what travelers from North America, Europe and Australia may be accustomed to.

Women, particularly those traveling alone, must exercise a high degree of caution in Costa Rica as women visitors have been the victims of sexual assault and murder in recent years and the overall sexual assault rate has increased.

Solo female travelers should strongly consider staying in places where they can meet other travelers, particularly if planning to go on hikes, stay out late or visit remote places.

Places to avoid in Costa Rica

Here are some places to avoid or visit only if you absolutely have to, only during daylight hours and preferably accompanied by a local.

Be careful in Quepos, which is the gateway town just outside Manuel Antonio National Park. The same goes for Tamarindo and Jaco due to incidents of crime (mostly robberies) targeting visitors.

Other high-risk areas with violent crime rates significantly higher than the national average include Matina, a small rural community along the Matina River in Limón province, Limón, Liberia, Pococí, Talamanca, the Desamparados neighborhood in San Rafael, Santa Rosa de Pocosol, San Carlos, a rural region bordering Nicaragua, and the district of Barranca, on the Pacific coast in the province of Puntarenas. The Caribbean coast has historically had more crime than the Pacific coast.

San Jose, like many big cities, can be riskier for travelers, particularly after dark and especially in the downtown area. It is advised that you avoid any of the parks in San Jose at night, as they are considered very dangerous, and stay away from the following neighborhoods in and around San Jose:  Los Guido, Desamparados, Pavas, La Carpio, Leon XIII, the El Carmen neighborhood in Cartago, and the “El Infiernillo,” sector of Alajuela.

Avoid camping on any of the beaches for safety reasons – it’s best to find secure accommodation at a lodge or hostel. A good rule of thumb is that anywhere visitors visit frequently will be a target for crime – don't be alarmed, just be alert.

Find out how to get around Costa Rica safely with these travel safety tips.

When to visit Costa Rica

December through April is the dry season. This is also Costa Rica’s high season. May through November is the rainy season, euphemistically called the “green season.” Afternoon showers are common during the green season and it’s slightly cooler than the dry season.

There are periodic hurricanes in September and October, which are by far the quietest months for tourism and also when prices are lowest, but Costa Rica is rarely severely impacted by them. Read about natural dangers and how to stay safe in Costa Rica.

Is it safe to drink the water in Costa Rica?

Yes, except in Limón and Puntarenas, though many visitors choose to drink purified or bottled water to be extra safe.

In 2019, there were dozens of deaths and many cases of serious illness in Costa Rica caused by alcoholic drinks containing methanol. Be very careful buying spirit-based drinks, particularly if the price seems on the low side. Methanol can cause headaches, dizziness, nausea and vomiting. High doses can cause blindness or vision loss. Be cautious while drinking in Costa Rica, particularly in hole-in-the-wall type establishments.

Food hygiene standards in Costa Rica are in the middle of the scale. Hole-in-the-wall restaurants with unsanitary bathrooms and food stands might have great food at even better prices, but your meal might not be that great a deal if you spend half your holiday on the toilet.

Select clean restaurants and avoid buffets, especially where food is sitting out.

Travelers should be up-to-date on their vaccines. Check with your doctor to see what you need based on your situation. Check out our comprehensive guide to vaccinations here.

Many travelers have gone missing and/or died in Costa Rica while hiking or camping in rural areas and national parks.

Don’t hike, trek or camp alone in Costa Rica. Instead, hire a local guide, or hike with others and let someone know where you’re going and what time you expect to be back. Ask them to seek help if you don’t return at the appointed hour.

Is it safe to go on a zip line tour in Costa Rica?

Costa Rica is a well-known adventure travel destination with many zip line tours and bungee jumping opportunities. There have been reports of visitors being seriously injured or worse in zip line accidents. Choose companies with the longest and best track record, not just the cheapest operator you can find.

Slashing tires: one common scheme involves criminals puncturing or slashing the tires of a visitor's rental vehicle. As soon as the tire goes flat, a "good Samaritan" conveniently appears offering to help change it. Then, while you're out of the car trying to change the tire, the thief's accomplice sneaks in and steals anything of value from the vehicle.

If you do get a flat while driving, it's recommended that you continue to drive until you reach a safe, well-lit area where you can change it yourself safely. Reputable car rental agencies in Costa Rica will not hold you accountable for a damaged rim if they believe your safety was in question.

Mandatory car rental insurance: this may not be considered a scam but many car rental companies, including familiar international chains, often advertise low prices but then when travelers pick the car up, they are told that the price doesn’t include Costa Rica’s mandatory car rental insurance. The insurance is required but it’s a scam that they don’t disclose the price of in advance. This happened to me in Costa Rica. The companies with the lowest advertised prices tend to also charge the most for mandatory insurance. When booking, asking for the total price with a detailed breakdown of the rental cost plus the mandatory insurance so you can make an informed decision.

Money scams: avoid changing money anywhere other than at a reputable bank. Scammers on the street often offer good rates, but you'll end up with counterfeit cash. Another popular involves a person dropping change in a busy or crowded area. When the victim bends down to help pick up the coins his wallet is lifted.

Passport theft: this is a growing problem in Costa Rica. It's recommended that you make photocopies to carry while traveling, but keep the real thing locked safely in your hotel safe.

A final caution: when you travel, you’re more open to meeting new friends than you are at home. This also makes you vulnerable. Definitely get to know locals but be wary of overly friendly people who approach you out of the blue with offers to take you places, give you free weed or buy you drinks.

Find out about local laws to avoid getting into trouble before you travel.

There have been cases of police mistreating and/or extorting money from visitors. In any case, here’s a snapshot of your rights if you’re detained by law enforcement officials in Costa Rica.

Ask first, take photos later. It is illegal to take photographs of any official buildings in Costa Rica. If you are uncertain, check with a local or someone in authority.

Do not take photos of women and children. Although it's not illegal, doing so is irresponsible, and may be seen as suspicious or met with violence.

Buying, selling or possessing any type of illegal drug is a serious offense in Costa Rica. If you are caught, you will be arrested and could face either a hefty fine or a lengthy prison sentence.

You may meet locals who will offer to sell you drugs, usually marijuana. If you buy it, do so at your own risk; marijuana is illegal in Costa Rica but personal possession has been decriminalized.

Prostitution is legal, however, 'sex tourism' is a crime, and brothels and pimping are illegal.

All visitors to Costa Rica are required to carry identification, but not necessarily a passport, with them at all times. There is an increasing problem with passport theft, so it's safest to leave your passport locked up at your accommodation. Carry a photocopy of the bio-data page with you, along with the page that shows your entry stamp into Costa Rica.

What travel safety tips do you have to share with others? Tell us in the comments below.

Get a travel insurance quote for Costa Rica What Vaccinations Do I Need Before Going to Costa Rica?

Travel health tips from our medical expert, Dr. Erik McLaughlin MD, plus immunizations you need before traveling to Costa Rica. 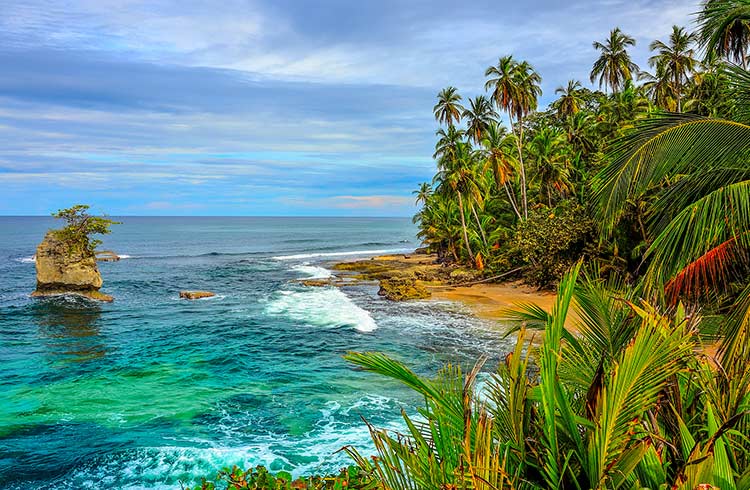 With 700 miles of coastline, surfing is an essential experience in Costa Rica. Find out how to surf safely with these tips. 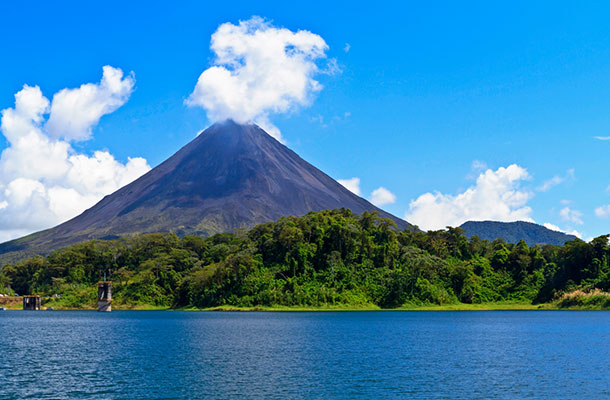 Costa Rica experiences volcanic eruptions, earthquakes and extreme weather each year. Be prepared for natural dangers with these tips.