It's unlikely you'll get involved, especially if you understand a little more of Bosnia and Herzegovina's history. It'll also make more sense of what you see around town.

Bosnia has a violent history, and there are numerous examples you can see around the country to remind visitors. Such as the red plastic that fills holes in the sidewalks and streets. These holes are from shell craters that have been filled in with red in memory of the war.

Many buildings are still marked with sprays of bullet holes, more than you would think possible.

Large-scale demonstrations and protests could still occur, and might turn violent easily. Violence is also somewhat possible at any form of large-scale gathering, such as sporting events (particularly soccer), which have a history of getting out of control. The combination of alcohol, large amounts of people and passion for sports seems to be a good formula for violence.

In June 2010, a police officer was killed and several others injured when an explosive device was detonated outside a police station in Bugojono, a town in central Bosnia.

Though politically motivated violence is in decline, this should serve as a caution to those foreign travellers visiting this country.

Bosnia and Herzegovnia have a legal system that is comparable to most first-world countries. But there are exceptions. One is that photography of military installations, government checkpoints, troops and the U.S. Embassy are forbidden.

Be aware this may include civilian airports, bridges and equipment being used for military purposes, so if you have doubts, just ask. Better safe than sorry. You wouldn't want to cut your holiday short just for taking a quick pic of a bridge.

Some local laws are also different than other countries in Europe. For instance, there are no anti-smoking laws. So expect restaurants, cafes and even public transports to be filled with clouds of smoke.

Get a travel insurance quote for Bosnia and Herzegovina 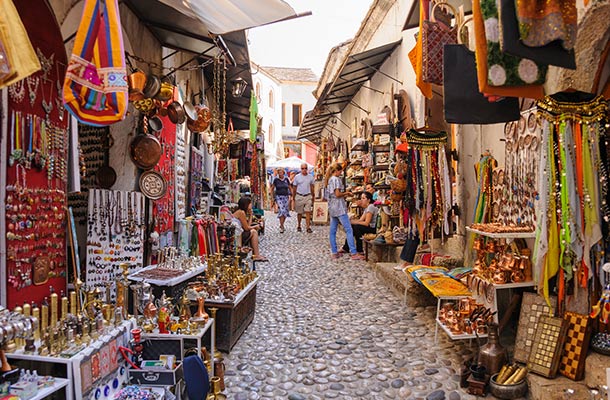 Crime in Bosnia: How to Stay Safe in Sarajevo

Find out how to avoid petty theft, places you shouldn't go, and other safety tips for your trip to Sarajevo. How to Avoid Crime and Scams in Bulgaria

Heading to Bulgaria? Find out which areas to avoid, pickpocket hot-spots, how to spot fake police and petty crimes.