Is Switzerland Safe? Tips on Crime and Scams

There's very little serious crime in Switzerland. But the petty crime that does happen is mainly targeting tourists, and focused on tourist attractions in major towns.

Most crime occurs at festivals and during the peak summer holiday season (July to August). Common crimes include bag snatching, pickpocketing, theft from rental cars (even cars stopped in traffic) and stealing from unattended cars.

While these are all worst case scenario, and are pretty unlikely to happen, it's important visitors do everything they can to avoid being the target of an easy crime.

Here's everything you need to know to stay safe in Switzerland.

It's very common for thieves to work in pairs, while one distracts the victim, the other person steals valuables. Visitors should take care of their belongings and not leave them unattended at any time – like you would anywhere else in the world.

There have also been reports of passengers being robbed on night trains, so if you're catching an overnight train it's a good idea to keep your valuables safe, secure, locked up and somewhere you can keep an eye on them.

If you're traveling to Geneva, be aware this city has been rated with a medium risk for petty crime, so remain alert for pickpockets in public areas, including Lake Geneva's promenade, the vicinity of the Jardin Anglais, Mont Blanc Bridge, large shopping areas such as Rue de Rive, Plainpalais area (which is an open market), the Cornavin Train Station, Geneva's International Airport and its train station, Les Paquis area, public transport (trams, trains and buses), while checking into or out of hotels, and in restaurants.

In general, Swiss people are known for their honesty and integrity, however there are a few issues with crime and scams that visitors need to be aware of and exercise vigilance.

The 'white van speaker scam' has been seen in the main cities of Bern, Zurich and Geneva. This is where a group of sales people target the public from a white van with an aggressive sales pitch of what turns out to be poorly made imported speakers and audio goods. Your best bet is to avoid anyone selling anything from their van.

Another scam is the bonneteau game, otherwise known as shell and pea, which is found in Geneva despite being outlawed. This is where a small ball is moved under three boxes or cups, and the player must guess which one hides the ball. They place a bet and appear to lose each time. In reality the person with the ball manages to hide it in his hand and not under a box. He makes it reappear when it is the "right" moment. Usually there are a few players around who will be in on the scam and are seen to be betting.

Minimum bets start at 100CHF, and when the scammers are playing they appear to win which draws in innocent people.

Football hooliganism exists from time to time in Switzerland, particularly in Zurich and Basel. It is not unusual to see police in full riot gear outside football stadiums.

Switzerland does see occaisional crimes of a racist and anti Semitic nature. This includes verbal abuse and damage to property by anti establishment groups.

Overall, Switzerland is a really safe place to travel, and visitors should be just as cautious as they are while traveling in any new city.

Get a travel insurance quote for Switzerland 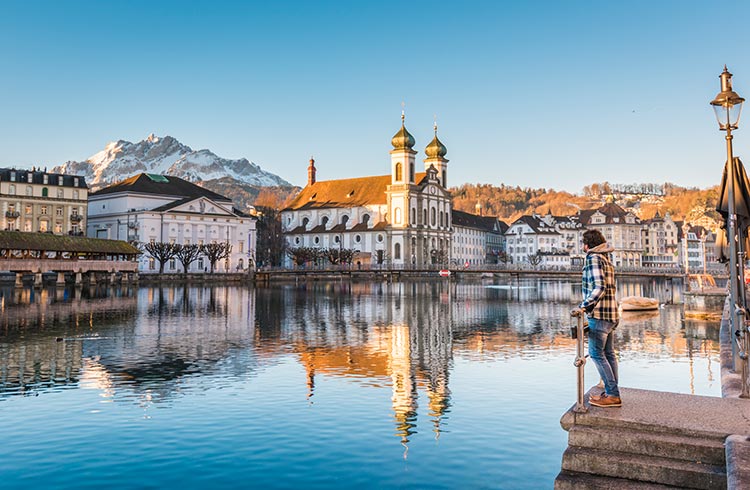 It seems there are rules and laws for almost everything in Switzerland. Here's what travelers need to know to avoid embarrassment from the Swiss. Safe Driving in Switzerland: Road Rules You Must Know

Switzerland's mountain roads are alluring for road-tripping travelers, but you should be aware of road rules, safety and dangers before you get in your rental car. Here's what you need to know.