It seems there are rules and laws for almost everything in Switzerland. Here's what travelers need to know to avoid embarrassment from the Swiss.

Switzerland is one of the safest countries to travel to in Europe, despite a few minor scams and pickpockets, nd there's generally nothing to worry about when it comes to crime and your safety.

In each Swiss canton (state) there are different traditions and ways of doing things, and the mountain villages all have a unique set of rules. Similar to the way laws differ between states in the USA, and even Australia.

Swiss law states general things that each of the cantons must follow, but each canton might do things a little differently.

For a neutral country, it takes security pretty seriously, and you'd be well advised to be respectful of that. Citizens and visitors in Switzerland must carry identification at all times. If you are stopped without valid identification (a driver's license or photocopy of your passport), you could be taken in for questioning by police.

Switzerland still has National Service in the armed forces, where each able-bodied Swiss man has to spend time each year in a training camp that forms part of the military. Soldiers must keep a gun in their home, which is a part of the military framework in readiness for potential conflict.

Similar to common laws elsewhere around the world, don't take photos of military installations or activities, unless you want to spend a few hours explaining yourself to authorities.

During the Cold War, Switzerland declared that each house must have a nuclear fallout shelter. These are still around, and each citizen has a list of emergency items that must be kept in the home at all times in readiness for a civil emergency.

Here's what you need to know.

Customs and etiquette in Switzerland

Follow these rules to make a good impression while you visit.

Get a travel insurance quote for Switzerland 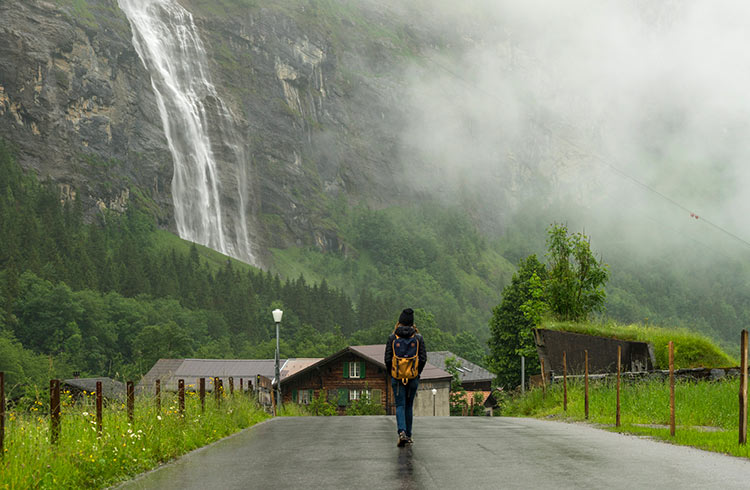 3 Health Tips for Travelers to Switzerland

There are very little things to worry about when it comes to travel health in Switzerland, but here are a few things to be prepared for on your trip. Is Switzerland Safe? Tips on Crime and Scams

There's very little serious crime in Switzerland. But petty crime that does happen is mainly targeting tourists, focusing on attractions in major towns.