What are the laws, and is there crime in Oman? Despite being a safe place to travel, there are some risks. Find out how to stay safe in Oman.

COVID-19 travel restrictions in Oman – updated 27 October, 2020: From 1 October, international commercial flights have resumed with limited destinations. Only Omani citizens and residents with valid residency permits are allowed to enter without the need for prior approval. Non-Omani citizens can seek approval via their airline. Non-citizens must have international health insurance that covers the cost of treatment for coronavirus (COVID-19) for a period of at least one month, download the Tarassud+ app before arriving in Oman, and complete a registration form on arrival. Arrivals are subject to a COVID-19 PCR test, and will also be required to wear a tracking bracelet for the period of self-isolation.

Wondering how your travel insurance might be affected by COVID-19? Find answers to some of our common questions about COVID-19.

Oman is one of the Middle East's safest countries despite its volatile location, which is often in news headlines around the world.

Oman is a very friendly and safe place to travel, but before you go, here are some important things you should know about local laws, and how to stay safe in Oman.

1. Is Oman dangerous for travelers?

What types of crime should travelers be worried about in Oman? Oman is a wealthy country with a strict religious, moral and legal code. Crime of any type is severely punished, and the deterrent seems to work, and most Omanis are relaxed and polite people. However, some travelers have been petty crime targets, and there have been reports of assaults against women and people camping in isolated locations at night.

Take the usual precautions to protect your valuables and be aware of your surroundings. Women should take care when traveling alone, especially when out at night and should take a taxi rather than walking.

2. Important laws travelers should be aware of in Oman

The Sultanate of Oman is an absolute monarchy, which means the Sultan has the final say. Being an Islamic country, Sharia law has helped found and shape Oman's legal system.

Dress with modesty and respect the local law and culture. This is particularly important during the time of Ramadan and other religious observances.

There is zero tolerance for drugs in Oman, and whether it's possession or trafficking, severe penalties apply including the death penalty. Even having a small amount for personal use can result in at least a year in jail.

Flying a recreational drone is illegal in Oman, with a minimum penalty of three years in jail. Omani authorities have had to impose this law due to several incidents involving recreational drones flying too close to airport infrastructure and flight paths.

It's an offence to insult or make offensive remarks about the Omani royal family, the government and its officials.

Homosexuality is illegal in Oman and punishable with a stint in jail of up to three years. In worse-case scenarios, sometimes the death penalty is applied.

Offensive behavior and language in public and on social media are prohibited. Even flipping the bird at someone while driving may get you in trouble. Public displays of affection are a no-no, too.

Can I drink alcohol in Oman?

The legal drinking age in Oman is 21, and it's an offence for anyone to be publicly drunk or consume alcohol in public.

In Oman it's against cultural beliefs for unmarried, heterosexual couples to share a room. However, if the accommodation do not ask, and you do not point out you are unmarried, there should be no issues. It is also an offence for Omani authorities to ask about your marital status.

Terrorist groups (such as Al-Qaeda and Daesh affiliated groups) operate in the Arabian Peninsula, and have been involved in attacks on several Gulf countries, including Yemen. While the likelihood of a terror attack happening in Oman is lower than other Gulf states, the possibility still exists. Attacks are likely to be indiscriminate and may not necessarily target foreign interests or popular attractions.

The political situation in the Middle East means that Oman sometimes experiences political tension. Oman borders Saudi Arabia and Yemen, countries locked in a violent conflict. The Omani border with Yemen is where numerous government travel advisories state "Do not travel" due to ongoing conflict in the country. Omani authorities won't let you enter Yemen unless you are officially authorized to do so.

Be aware of your surroundings when large-scale gatherings and demonstrations are happening in the country, and try to avoid them. Most protests are peaceful, but when they occur near the UAE border they have turned violent in the past, and protestors have been killed. Due to Oman's non-interventionist attitude to foreign policy, they have been playing a diplomatic role among the Gulf States as war ravages Yemen, which is largely driven by Saudi Arabia. Staying neutral has also ensured stability in the country despite the high-security presence.

Have you traveled to Oman? Share your tips on how to stay safe below!

Get a travel insurance quote for Oman How to Stay Healthy While Traveling in Oman

Can you drink tap water in Oman? From MERS to medical facilities, find out how to stay healthy and practice good hygiene while traveling in this gulf country. 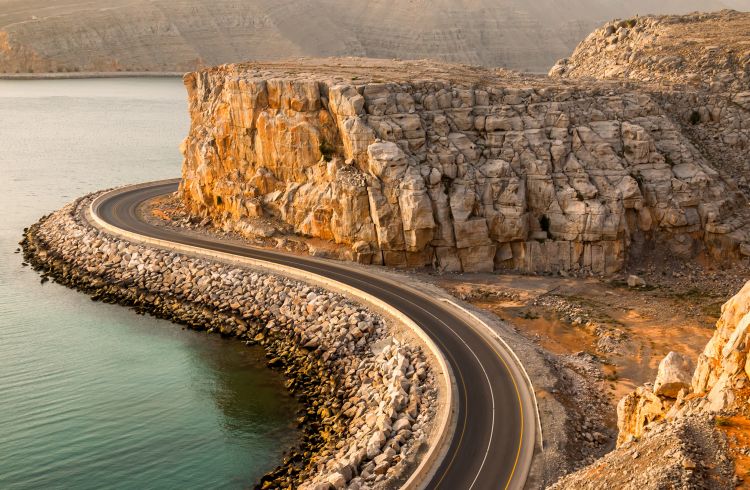 Driving in Oman: How to Get Around Safely

Planning a road trip around Oman? Learn how to stay safe while traveling on public transport and safely drive around Oman.

A stranger in Oman for 14 years, Máté Földi finally embraces the culture in a way he never imagined.