Highways that connect major cities in Saudi Arabia are of excellent quality, although others may vary somewhat in road conditions.

On the downside, like you may have experienced while driving in other Middle Eastern countries, driver behavior is erratic in Saudi Arabia. Expect extreme driving tactics that may appear to be a combination of suicidal and homicidal, with a drop of 'auditioning for Mad Max'.

Think we're joking? See why they call it sidewalk skiing.

Be very careful when driving in Saudi Arabia, give plenty of room to the other cars around you, and do not expect drivers to behave rationally or merge when it is safe to do so. Be alert while driving at all times.

Drivers going at incredibly high speeds are common, as are various forms of ‘stunt driving' such as drifting and street skating (where people hang on to the car door and put one or both feet on the ground as the car pelts along at ridiculous speeds) are far more common than you might imagine.

While many of these drivers appear to be very adept, they are doing incredibly dangerous stunts in the middle of traffic which has led to Saudi Arabia having a very high traffic accident rate.

During the period of Hajj, where thousands of people travel to Saudi Arabia for a pilgrimage each year, traffic accidents increase dramatically, as well as traffic congestion on the roads.

If you happen to be unlucky enough to be involved in a traffic accident, Saudi law requires that both parties stay where they are and wait for the traffic police to arrive. This can take up to four hours, which is helpful as most police do not speak English even in the major cities, so use this time to arrange for a translator or the process could be much more difficult than it already is.

Generally speaking, the police will issue an accident report, which you will then have to take to the traffic police station. Once there, this will need to be stamped multiple times in different queues, and this can take a fairly long time, expect most of the morning and be glad if it's quicker. This report is necessary, as insurance companies will not pay for any work without one.

However, it is possible and not particularly uncommon for the traffic police to decide who the guilty party is, and decide compensation on the spot. In the case that you are at fault, the police will ask you to pay the determined amount to the other party, although you are not obligated to do so, in which case it's off to the traffic police office for the report and waiting in line.

Saudi Arabia has a desert climate, and like other Middle Eastern countries the heat from May to September is extreme – especially for visitors who are not used to such conditions.

Average temperatures above 40oC are fairly common, and it also exceeds 50oC on a regular basis.

Much like the UAE, this temperature pattern reaches a peak in July and August, when anyone who can go somewhere cooler tends to do so, and most things in the nation tend to slow down to a very slow pace.

The seaside town of Jeddah and other coastal regions have more moderate temperatures, however the humidity tends to be fairly high, reaching 85-100% humidity regularly. Many travelers find this even more uncomfortable than the higher yet drier heat of the interior, especially at night when sleep becomes difficult in such humidity.

Elevated mountainous regions tend to stay somewhat cooler, with the city of Tarif rarely reaching temperatures above 35oC and the Asir region even cooler.

Winter brings a change in the pattern, with inland desert areas such as Riyadh, averaging daytime temperatures of only 7oC, and easily falling below zero during the night. Every now and then, this even brings light snow to the southern mountains.

Although Saudi Arabia is one of the driest countries in the world and the empty quarter, the Rub al Khali, seldom receives rain, it does rain in Saudi Arabia, although this is generally confined to one or two torrential outbursts that tend to affect most of the country.

April and May also tend to be a rainy season for most of the country, although in the south, this is reversed with most of the rain falling during the Indian Monsoon season between May and October. 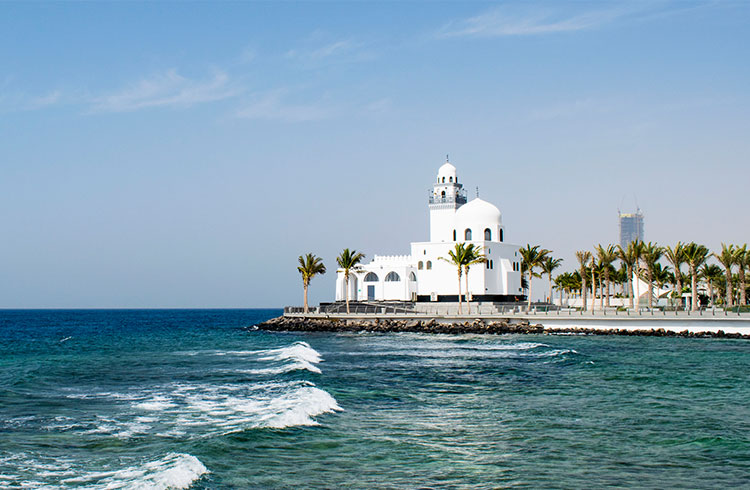