Sharia Law and the UAE: What You Need to Know

There are many reasons why the UAE has such a low crime rate compared to the rest of the world.

The UAE is one of the world’s safest countries, with its capital Abu Dhabi ranked the safest city in the world for the 5th year running in 2021. The secret may well be the UAE’s amalgamation of Sharia and man-made laws.

While Sharia law has infamously strict laws, some of which are difficult to understand in the non-Muslim world, they are supplemented with secular laws providing a blend of laws that befits both Muslims as well as foreign expatriates and visitors. And while the death penalty still exists, as it does in parts of the USA, the laws are there to protect the citizens and foreigners in the country, as well as uphold the cultural and religious traditions. And, looking at the statistics about crime and safety, the approach seems to work.

There are, however, certain aspects travelers should be aware of, to avoid falling foul of the law.

The official system of law in the UAE is Sharia, which has been developed from the holy Qur’an as well as the Sunnah scriptures, the records of Prophet Muhammad. Sharia law is as much legal law as a moral guide to etiquette and behaviour. The Sharia law is supplemented by other, non-religious laws, and the two go hand in hand.

While much commotion has been made about the strict drug laws, which have in fact been relaxed in 2022 in relation to THC, drug trafficking can still carry the death penalty. See more details about the UAE’s drug laws here.

Equally, the laws on extra-marital cohabitation, and single parenting have been much relaxed in that these are now legal, and laws about rape and sexual assault have been made clearer and more stringent.

While LGBTQ+ relationships are officially illegal, the law does not state outright that they incur the death penalty, and in more relaxed emirates, such as Dubai, there is a below-the-radar scene, and homosexuality, as long as it is not too overtly displayed, is tolerated, if not encouraged. Discretion is the best approach.

Public displays of affection in the UAE

While just a few years ago, you could be arrested for kissing your spouse at the airport, and people have indeed been arrested for a simple kiss, the laws and attitude have much mellowed since, and have indeed been revised to allow non-marital relationships. While it is fine to walk hand-in-hand or arm-in-arm, the line is drawn at fully blown exhibits of PDA in public.

As with all Muslim countries, you should arrive with cultural sensitivity and the wish not to offend the local population. While in places such as Dubai, you might laugh at the suggestions, with plenty of tourists running around in beachwear mostly unchallenged, you should, when leaving your hotel, dress modestly, covering shoulders and knees.

Dress codes are at times enforced by legal authorities, who may turn you away from a public place such as a mall, as much as a restaurant would enforce a certain dress code.  The rules are even more important when traveling outside of the two most relaxed emirates of Dubai and Abu Dhabi, to the emirates of Sharjah, Ajman and beyond, where to population is not as used to tourists.

Harrassment towards women in the UAE

Despite the fact that most women feel very safe traveling solo in the UAE, sexual harassment as well as assault does happen, if rarely. Read this article about what to do if you have been assaulted.

Faith in the UAE

While distributing and preaching non-Islamic religious material to Muslims is punishable by imprisonment and deportation, the UAE is very open to other faiths and even provides churches, synagogues, and temples to its multi-national and multi-faith population.

During the holy month of Ramadan, eating, drinking, smoking is forbidden between sunrise and sunset, and non-Muslims are expected to follow this principle in public as well. That said, most western-style hotels keep a restaurant or two open for its guests, and those who wander in from the streets.

Photography laws in the UAE

With privacy, particularly of women, an integral part of the Muslim culture, it is officially illegal to take photographs of people without asking their permission. As well as it being simply polite to ask before you take a picture of someone, you should also refrain from taking images of governmental and military buildings. To operate a drone, not only will you have to adhere to strict guidelines as to where and when to fly them, but you will also need a licence, and an RPAS registration card issued by the Dubai Civil Aviation Authority (DCAA), to find out more, read these guidelines. 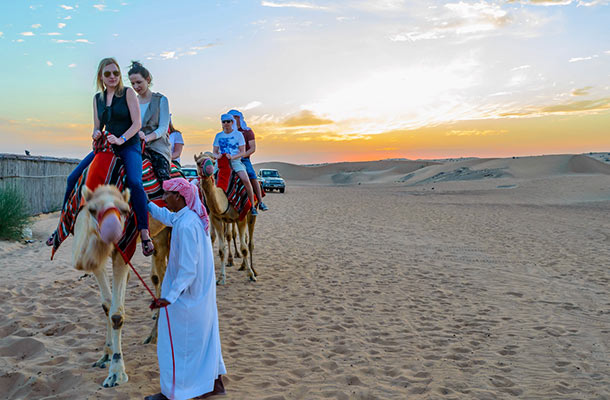