Safety Tips for Travelers to the Pacific Coast of Mexico

The Pacific Coast is one of Mexico's most popular travel destinations. But just how safe is it in Puerto Vallarta, Sayulita, Acapulco and Oaxaca? Our safety expert takes a look.

Puerto Vallarta is a safe destination, and the issues you’ll encounter here are more likely to be minor frustrations than any serious danger.

Puerto Vallarta has largely remained uninvolved in cartel conflicts and despite a few instances of violence, the victims of such attacks are widely suspected to have been previously involved with the cartels in some way.

The crime rates in Puerto Vallarta are very low, significantly lower than the crime rates of major cities in the United States like Miami, Las Vegas, and New Orleans. Violent crime is something that any visitor using common sense shouldn’t encounter.

Any crime likely to befall you in Puerto Vallarta will be petty in nature – and mostly crimes of opportunity such as bag snatching, pickpocketing or theft.

After you pass through customs, you’ll have to head through the airport’s infamous “Shark Tank,” a pair of white rooms full of timeshare sales representatives. If you have any doubt about whether you’re in the tank or not you’ll know immediately when the reps begin aggressively approaching you as if they were… well… sharks.

The best thing you can do here is to talk to no one and continue walking. A polite series of “no gracias” is also advisable, but just keep moving.

The sales reps in these two rooms are notorious for using underhanded tactics, up to and including full-blown lies, to get you into a nearly inescapable conversation with them. You may be asked for your hotel reservation documents by “an official representative” of your hotel. You may be offered free transportation from the airport to your place of lodging. You’ll most certainly be offered the “best deal available” on Puerto Vallarta timeshares. Simply put, none of this is true. Just continue along until you reach the room with car rental booths, taxi stands, and regular tourists simply standing around.

Officially licensed zipline tour operators comply with very high safety standards, and we've never heard of any rogue competitors skirting the rules and regulations. If you’ve ever heard any zipline horror stories and are still freaked out, consider this - the vast majority of ziplining injuries occur on homemade ziplines, not the professionally constructed and maintained ones found in Puerto Vallarta. Read your travel insurance policy wording carefully to be sure you're covered for these activities.

Is it safe to go to Sayulita?

Sayulita used to be a sleepy little fishing village, now it's a magnet for surfers, expats and digital nomads. It's one of the safest places to travel in Mexico thanks to the efforts of local authorities to maintain law and order.

A few years ago, petty crime increased significantly but the statistics show it has decreased by 80% since the local government of Bahia de Banderas took the problem on. There have been recent reports of drink spiking incidents, so never leave your drink unattended or accept drinks from strangers.

The local beaches are mostly clean due to efforts by local sanitation authorities in controlling sewage and other pollution, however, there are occasions where the water quality can deteriorate so check local news and other information before jumping in. There are stray dogs which roam the streets and as cute as they may be, avoid patting them due to the risk of rabies or ending up with a nasty bite.

As you would anywhere, use your common sense, be respectful to the locals and you won't fall into any trouble.

Always carry cash while traveling in Sayulita, as there are businesses who don’t accept cards. There are several ATMs in Sayulita. One of them in Oxxo and another one in White Waves on the Beach. However, for safety, it’s preferable to use ATMs of banks in Bucerias. No matter where you are, avoid withdrawing money at night.

Once a destination for Hollywood’s rich and glamorous in the 1950s and 1980s, Acapulco has experienced high levels of drug-related violence in the past decade which has unfortunately earned it the title of “Mexico’s Murder Capital”.

However, despite this label, tourism increases each year and it is a favored spot for Mexican travelers. In an effort to clean up the place, there is a heavy security presence around the city so it’s not uncommon to see armed police and drones.

Check with locals or at your accommodation about where it's safe to go and where it's not, whether it's day or night. If you stick to the well-touristed areas, you're likely not to run into any serious trouble. Be on your guard with pickpockets and stick to authorized taxis.

Sewerage discharge near the local beaches can present health issues for ocean users. Keep an eye on local reports and if you're concerned about the water quality, avoid it.

Is Oaxaca safe for visitors?

Contrary to news reports, not every state is saturated with drug-related violence. Oaxaca is one of the safest states in Mexico for travelers, despite some of the poverty you may see as you travel around. Occasionally, protests may occur, but those incidents aren't targeted at travelers.

The capital, Oaxaca City maintains a more low-key vibe compared to other major cities in Mexico, and many towns are still mostly untouched by the wave of over tourism.

Wherever you go in Oaxaca, the locals are warm, welcoming and keen to share their culture with visitors. Oaxaca City is pretty safe to wander around during the day, however, at night locals advise that visitors avoid walking around alone and stick to well-lit main streets.

Use your common sense, dress modestly and take basic safety precautions while traveling and your time in Oaxaca will probably be trouble free.

Nightlife safety on the Pacific Coast

The Pacific Coast has some great spots for those who are looking to party until the sun comes up or just enjoy a quiet drink at a local bar.

Aside from suffering a severe hangover the next day, no one wants to be robbed of their valuables while under the influence of alcohol. Don't take anything of value out with you (leave your camera and passport at the hostel), and just take enough cash to get you through the night. Keep your phone hidden on you, and try to get around in groups instead of walking around at night alone.

For more tips to stay safe at night in Mexico, check out our article.

Beach safety on the Pacific Coast

Many people drown each year at popular beach holiday spots across Mexico due to the conditions, rips or misadventure. The Pacific Coast is one such spot which travelers need to take care. People have drowned due to rogue waves and getting stuck in rips. To find out more about how to stay safe, read our tips on beach safety.

Natural hazards on the Pacific Coast

The Pacific Coast is susceptible to hurricane damage during the June to November season, something to keep in mind while planning your travels. It also experiences earthquakes, and Oaxaca was notably shaken during two major earthquakes in September 2017. While the risk is low, it's important to know how to prepare for an earthquake and what to do in the aftermath. Check out our article for more earthquake safety tips. How to Experience Mexico's Day of the Dead

For the Mexican people, Día de los Muertos (Day of the Dead) is a joyful and colorful way to honor their deceased loved ones. This is not Mexican Halloween, but something more deeply rooted in ritual and history. 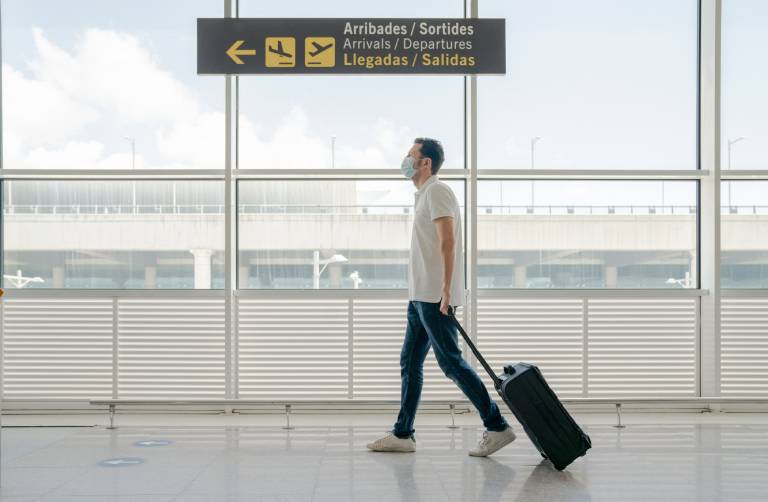