Ask any Colombian local about borrachero, also known as burundanga, and they're sure to tell you some horror story. Myth has it this powerful drug can turn you into a virtual zombie. Here are the facts.

Imagine a drug that can transform you into a zombie slave. An automaton that loses all free will, is incredibly compliant but still appears to be alert and coherent. The drug is easily extracted from a very common plant, is tasteless, odourless and can be swiftly mixed into drinks, food and cigarettes. This demon drug is called borrachero.

Colombian locals will spin tales of submissive victims who willingly hand over their wallets and PINs, or visit the bank with their captors and withdrawing huge sums of cash or take the thieves to their home and casually help them load all their possessions into a truck. Sound scary? That's because it's supposed to.

Firstly, let us say that borrachero is real and dangerous. The active substance is scopolamine and is extracted from the Bugmansia plant, also known as Angel's Trumpet, which grows wild throughout the Andes. However the stories about criminals chemically inducing obedience are a bit of an urban myth.

There's plenty of mystery and intrigue surrounding scopolamine and it's ability to create compliance. Nazi doctor Josef Mengele, the "Angel of Death," supposedly experimented with the substance as an interrogation aid. The CIA had a similar idea and investigated it as a truth serum, although unsuccessfully. It's mentioned in a number of Hollywood classics, including Where Eagles Dare, The Guns of Navarone and the timeless Robocop 2.

So it's not surprising that scopolamine pops up in the international press every once in a while, cited in accounts of diplomats coerced into smuggling suitcases of cocaine; men who handed over all their money to prostitutes; or the jeweller who gave way all his stock because of a scopolamine-laced business card. They're the kind of tale you'd definitely pass on to other travellers and a great way to warn someone about the dangers of drink spiking. Like all good myths, there's a sizeable grain of truth in there as well.

But we think it's better to know the real deal about scopolamine so you know how to properly avoid it or what to do if someone's affected.

The Effects of Scopolamine

The effects of scopolamine are well documented in the medical community. In small doses it's used to treat a range of conditions, including Parkinson's disease, motion sicknsess, nausea and insomnia. It was even used during childbirth up until the 1960s. In large doses it can send you pretty loopy.

In technical terms an overdose of scopolamine causes anticholinergic toxidrome, which is characterised by blurred vision, dry mucous membranes, rapid heartbeat, fever, flushed dry skin, urinary retention, confusion, hallucinations, amnesia and psychosis. In high enough doses it can also cause seizures and render someone unconscious for a long period of time, otherwise known as a coma.

Medical students learn to recognise the condition with a neat little mnemonic: Blind as a bat, mad as a hatter, red as a beet, hot as hell, dry as a bone, the bowel and bladder lose their tone, and the heart runs alone.

None of this sounds particularly pleasant, but it's not exactly describing the undetectably docile victims of a mind-controlling wonder drug. In fact, people known to be under the influence of scopolamine who are admitted to hospital often have to be restrained because of their unpredictable and aggressive behaviour. Again, we're not suggesting borrachero isn't a real threat. A scopolamine overdose will leave you very vulnerable and there a plenty of reports of it being used in bars and nightclubs.

How to Avoid Getting Drugged in Colombia

It's not a good idea to go out at night by yourself in Colombia. It's best to have a buddy or some friends to watch your back.

If you are with someone you think may have been drugged, it's important to get him or her medical attention as soon as possible. But don't go running off to find an ambulance and leave your friend in the hands of the criminals.

Stories of bizarre and ingenious ways borrachero has been administered are also common in Colombia. There are tales of it being mixed into chocolates, laced through pamphlets and dispersed into the air as a powder. There's even accounts of women rubbing men's faces into their scopolamine-smeared breasts.

The drug can be taken swallowed, inhaled, injected, smoked or absorbed through the skin, so there's a little bit of truth to the rumours.

You need to be incredibly careful about leaving your drinks unattended. And never accept food, drinks or cigarettes from strangers. If you didn't buy it yourself, don't touch it. Once you've bought it, don't let it go.

The story of the scopolamine sirens is actually plausible, assuming they dusted their cleavage with borrachero powder, so beware of debilitating bosoms.

However, the idea of people being laid out after accepting borrachero-laced business cards or pamphlets is a bit far-fetched, although founded in fact. The story is obviously based on scopolamine treatment for motion sickness, which comes in a patch and is absorbed through the skin. But these patches release a miniscule amount of the substance over a very long time, not in one quick hit.

The more likely version of this story involves someone holding up a map or menu dusted with borrachero and blowing the powder in your face. Obviously this isn't the most covert of techniques but it could theoretically work.

If you think you've been targeted, try and find your friends to let them know. If you're alone head for a populated area so you're not as vulnerable. Next priority is a police officer or security guard. One mention of borrachero or burundanga and they'll understand you and should be able to help.

It's not hard to see why the borrachero mythos persists. It's a very appealing story, for both journalists and humans. The thought of such a powerful, mind-controlling drug holds a morbid fascination. There's one other reason too: In the myths borrachero completely obliterates free will and therefore their responsibility, yet it's supposedly impossible to tell when someone's affected. It's the perfect excuse. Not my fault, blame the borrachero!

But the myth serves its purpose. The reality of borrachero is just as frightening and, although it's not as prevalent as people believe, the threat is there. 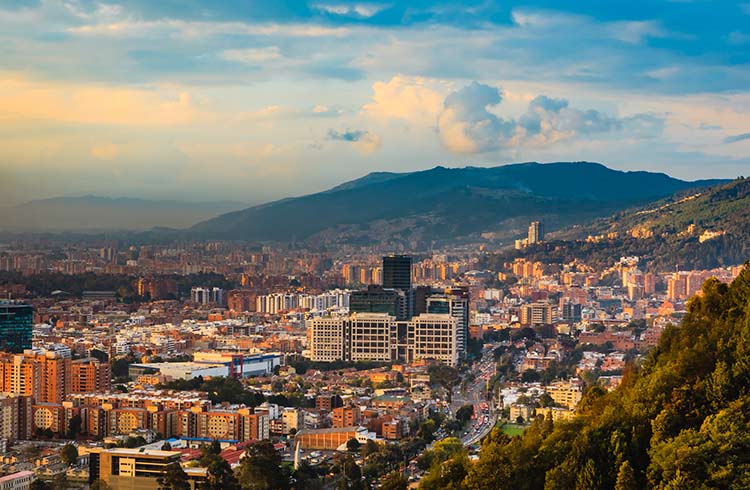 The Ciudad Perdida trek is one of Colombia's not-so-hidden secrets. Since its fairly recent revelation (1975), the ancient city has attracted international attention, in no small part due to the brutal story of its discovery.