Even the most experienced travelers are ignoring warnings about the risk (and seriousness) of kidnapping in the south of the Philippines at their own peril. Here's what you need to know.

When does a Philippines adventure become too risky?

Back in February 2012 three foreign nationals on an adventure trip in the far south of the country were kidnapped by Abu Sayyaf – officially known by ISIL as the Islamic State which operates in the East Asia Province. Kidnappings by this criminal/terror group often do not end well.

Ransom is one of the methods used by Abu Sayyaf to fund their long-running campaign for an independent Muslim state in this part of the predominantly Christian country, and they don't care how long they have to hold their captive until they get paid. Australian man Warren Rodwell, who was not a tourist but lived in the region with his Filipina wife, was taken just before Christmas 2011. He was finally released in June 2013. There's been no comment on whether the two million dollar ransom was paid in full, in part, or not at all.

Back to the foreign travelers in February 2012. According to local authorities the men were traveling between remote islands in the Tawi-Tawi group to capture images of rare birds. They were spotted by gang members in a passing motorboat. They stopped them and took them captive at gun point. An unlucky encounter, or a calculated risk gone bad?

The danger to foreigners in this region is well known. Most governments tell their citizens not to go there under any circumstances.

There‘s evidence they were also warned about the risk by local authorities. Tawi-Tawi Governor Sadikul Sahali told The Associated Press he sent along a town council member and an off-duty police officer because the foreigners had refused an armed escort.

There must have been a big incentive to go to this notoriously dangerous region, maybe bragging rights at the bird watching club, or more likely, big money from wildlife magazines for shots of a rare Sulu Hornbill? Maybe they calculated they didn‘t want an armed escort because a Marlboro-smoking goon with an AK-47 scares the birds away just before you press the shutter button.

Click here to see the British Foreign Office map of travel advice for Philippines. Take note of the red and orange regions of the map to be aware of the areas where you should avoid traveling to.

Avoiding danger and unacceptable risk in the Philippines

It might seem like a big adventure to go to less-traveled parts, but it is important not to let your sense of adventure blind you to the real risks. Those travel warnings are in place for a reason. Plus, local knowledge is always best, if the provincial governor wants you to take an armed escort, listen to him.

But in the end it‘s up to each person to make their own call on the level of risk they‘re prepared to accept. These photographers deliberately put themselves in harm‘s way, went to a region where kidnapping is a real risk, where they know it will be extremely unlikely they‘ll be able to get emergency assistance of any kind. Would you be surprised to learn there‘s no way a regular travel insurance policy would cover them, and their home governments are powerless to help? No, me neither.

There are some amazing things to lure the adventurous to this region. Whether it's a pristine beach surrounded by clear blue waters, or a rare Sulu Hornbill bird. But, you have to ask yourself: is it worth the risk?

How to survive a kidnapping

Avoiding being kidnapped is clearly the best option, so in these initial, very chaotic moments lies your best chance to escape the situation, but you’ll have to act fast.

Once the kidnappers have asserted control, resistance could get you killed. Passive compliance is the safest option. You may be beaten or drugged to impose control. Remember you are valuable to them only if you’re alive, they intend to subdue you not kill you at this stage.

Do not threaten or insult your captors. Remain dignified – your captors will be reluctant to harm someone they perceive as a decent human.

Try to keep track of time (watch shadows on the wall, or listen to sounds outside). Use this to establish a schedule of regular events; it may be handy as part of an escape plan.

Keep physically alert by doing regular exercise. It will help your emotional state and keep you fit in case an opportunity to escape presents itself.

Should you try to escape?

Futile attempts at escape will only result in you being more strictly guarded or controlled, making further attempts impossible. By observing your situation closely you may be able to devise a successful escape attempt. Plan for that and wait until the time is right.

This is possibly the most dangerous moment for you.  There will be confusion, chaos and very tense heavily-armed people all around you. Do not run. Seek shelter from your captors and your rescuers, lie on the floor with your hands on your head. If you are standing or seated, cross your arms over your chest and keep your head bowed.

Cooperate with instructions from your rescuers – even if they mistake you for a kidnapper, the real situation will be revealed after the confusion ends.

Listen to The World Nomads Podcast: the Philippines 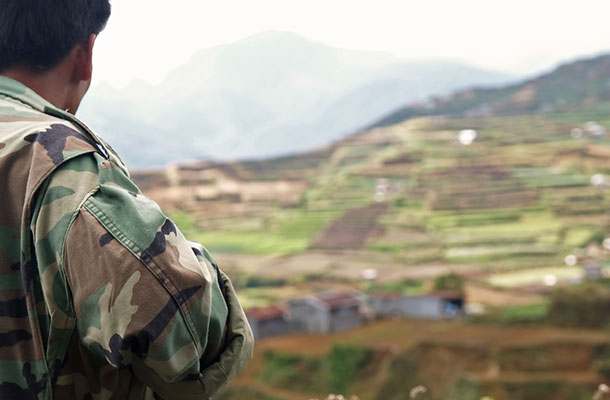 Transportation in the Philippines: How to Get Around

Traveling around this beautiful country can be tricky – hectic traffic, bad roads, and poor public transport all create obstacles. Nomad Ronan offers his tips on the safest, cheapest, and most efficient transportation options. Crime in the Philippines: How to Travel Safely

The Philippines' capital city, Manila, has a crime problem. Here are the scams and crimes you need to watch out for.