Don't let sickness stifle your South African safari. Our travel safety expert shares his tips to keep you fit and healthy while exploring the national parks, cities and reserves.

As a traveler, you'll want to leave with life-long memories. But, there are certain things you don't want to bring back with you – no one wants a sickness souvenir from their trip.

Here are a few tips to keep you healthy on your journey.

The very nature of South Africa's outdoor adventures, particularly the more rural areas of the country, create a high risk of exposure to a variety of illnesses and diseases. If you're planning a stay in South Africa – regardless of where you are – there are several inoculations and vaccines that are recommended prior to departure.

Travelers should be covered for the following conditions, according to the Centers for Disease Control and Prevention:

If your itinerary involves travel from a country with a high risk of yellow fever, you will also need a yellow fever certificate to enter South Africa.

South Africa has its share of infectious disease, though most are confined to certain areas of the country. Still, with many tourists heading there with the purpose of experiencing nature and the great outdoors, it's important to know what the risks are and how to avoid them. The country's more rural areas tend to be hotbeds for certain illnesses, especially farms and game reserves.

Sadly, this disease is a huge problem in South Africa, with an estimated 7.7 million adults over the age of 15 suffering from the disease. This equates to an astonishing 20.4% of the adult population. When compared to the average 0.8% affected globally, it's staggering.

Obviously, visitors can reduce their risk by avoiding contact with needles, and refraining from unprotected sex with a local. What many people don't consider, however, is the unfortunate risk of violent crime, particularly rape, which heightens the chances of catching the disease. Anyone who is a victim of such a crime should seek medical assistance immediately.

Malaria and other insect-borne diseases are also prevalent in some areas of South Africa. The north and east areas, which are relatively remote, present a much greater risk than the more populated locations.

If you're planning a visit to Kruger National Park, you should plan accordingly, as there have been several incidents of infection there.

Additionally, a malaria risk zone has been designated along the border with Zimbabwe and Mozambique.

Other areas such as Limpopo, Kwazulu-Natal, and parts of the Mpumalanga may also experience insect-borne illness outbreaks, depending on the time of year. The use of quality insect repellent and clothing that covers exposed skin is recommended to avoid being bitten.

Rift Valley Fever is contracted by contact with the blood, bodily fluids, or tissue of infected animals, or being bitten by an infected mosquito. A widespread epidemic occurred in South Africa in 2010 and 2011, with hundreds of human and thousands of animal cases reported, and more than 25 human deaths.

If you plan to travel through rural parts of South Africa, here are some tips to stay healthy and minimize mosquito bites. It sort of goes without saying, but visitors should avoid coming into contact with animal blood or tissue, and milk that hasn't been properly pasteurized shouldn't be consumed.

Rabies can also be a problem, with a number of cases reported in various parts of the country in recent years.

In many places, there are stray dogs which may carry the disease, as well as wild animals. Part of South Africa's charm is its wildlife, but use common sense and plan accordingly. If you're going to visit places where you'll be exposed to animals or stray dogs, consider getting a rabies vaccination before you go. And whether or not you've been vaccinated, seek immediate medical treatment if you're bitten or scratched by an animal.

Food-borne and water-borne illnesses, such as typhoid, hepatitis, measles, and tuberculosis, are an ongoing risk.

Occasional outbreaks of cholera have been reported in rural areas like Kwazulu-Natal, Mpumalanga, and the provinces of Limpopo.

Unless a good majority of your travel itinerary involves spending time in the bathroom, avoid drinking unpasteurized milk or consuming raw meat.

Tap water is generally safe to drink in the major cities, but in rural areas water should be boiled or filtered before it's consumed. Purified water is always your safest bet. Find out about how to make your drinking water safe here.

Aside from all of the risks above, you're more likely to get a cold or gastro than contract anything else – but it pays to be prepared. Get the appropriate vaccinations, and use caution to avoid potential health issues, and you should have a safe and enjoyable trip. 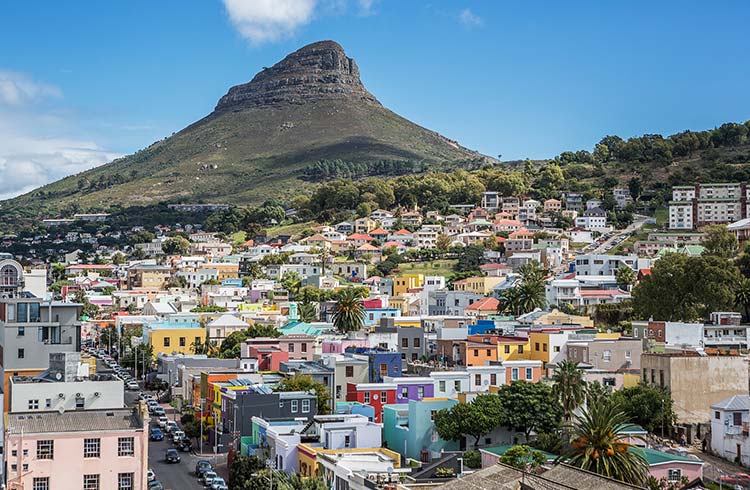 Just how safe is it to travel South Africa? From petty theft to serious crime, we asked a local to share her top travel safety tips for first-time visitors.