7 Things to Know Before Traveling to Austria

Austria is more than Hapsburg palaces, swanky ski resorts, and The Sound of Music. Nomad Donna shares her insights on Vienna’s coolest neighborhoods, the best Austrian wines to try, the underrated city of Graz, and skiing where the locals do.

Note: Most of the travel described in this article was done before the COVID-19 pandemic. Its publication is not indicative of the current COVID-19 situation – we recommend doing your own research before traveling.

I was lured to Austria by the Habsburg-era splendour of Vienna and the lush sensuality of Klimt’s paintings, and perhaps too, by the melancholy traces of a grand, lost empire. But what I discovered were cities that felt far from stuck in an 18th-century time warp, with thriving contemporary art scenes, great nightlife, efficient transport, safe streets, and food offerings way beyond schnitzel. I also fell in love with Austria’s laidback wine-growing regions and Alpine hospitality.

Once the capital of Europe’s longest-lasting empire, Vienna’s cultural and historical riches are astonishing, and trying to take it all in within a couple of days can really overwhelm. That’s why I splice visits to the Inner Stadt’s gilded palaces and masterpiece-packed art museums with restorative forays into the booming, creative neighborhoods that lay outside the historic Ringstrasse.

2. There’s a Salzburg beyond Mozart and Maria Von Trapp

The graceful Baroque domes and spires of Salzburg are impressive, even if you never played Liesl in a school production of The Sound of Music or spent your childhood thumping out Mozart sonatas. The city’s dual musical associations are huge – classical buskers and Von Trapp tours can feel as omnipresent as the city’s looming mountain, Mönchsberg. But there are ways to appreciate Salzburg sans the clichés.

Take the annual Salzburg Festival, which attracts the world’s best classical musicians and is worth booking well ahead for. And, as I came to realize, in a city full of music students there’s also a thriving year-round jazz and electronic scene, where the classically trained kids blow off steam.

Limestone peaks, mist-shrouded waterfalls, and jewel-colored lakes surround the city and make for great day trips. But if you’ve only got a handful of hours to spend out of town, the sparkling subterranean ice pavilions and lantern-lit passages at Eisriesenwelt cave are otherworldly.

Austrian wine is having its moment: hit any of the country’s long and winding Weinstrasse, and you’ll see, or taste, why.

Austria’s Wachau, Kremstal, and Kamptal regions – only 1.5 hours by train from Vienna, or easily accessible by bicycle – are home to traditional operations and younger, edgier producers. The popular Danube-side town of Krems gets the glory, but Langenlois is a gem, true to its agricultural, working-town roots, while still turning on the charm. Try the indigenous Grüner Veltliner, which can be citrusy and thirst-quenching or as complex and peppery-rich as a good Chardonnay.

Less than an hour southeast of Vienna, and also easily reached by train or bicycle, Burgenland’s pretty, regal capital Eisenstadt is surrounded by lush green flatlands, and, down by the Hungarian border, the water sports mecca of Neusiedler See. Vineyards and winemaking villages fan out from Eisenstadt, entirely circling the marshy lake and home to a growing number of natural wine makers, including the cult producer Gut Oggau. The region is best known for the full-bodied red, Blaufraenkisch.

Further south is Südsteiermark, known as “Styrian Tuscany” both because of its sun-drenched, rolling hills and rambling villages and its wine-growing prowess. Favourites here are Sauvignon Blanc and Weissburgunder.

My biggest tasting surprise? That the fragrant, intriguing Gemischter Satz – “mixed set” in German, or field blend – so prevalent in good Viennese restaurants was actually grown and produced in the Vienna city limits, on vineyard terraces overlooking the Danube and Vienna Woods.

Some come to Austria for the powder, some come for the pumping après-ski. I’m partial to a gentle run and sinking a post-ski Stiegl beer, but I also come for the mountain hospitality where hotels count their lineage in centuries rather than years, and there’s a complimentary Strudelzeit (Strudel Hour) every afternoon and biodynamic treatments in the spa.

Voralberg and Tyrol are the birthplaces of modern skiing and define Austria’s ski scene; it’s here that you’ll find the famous St. Anton, Ischgl, and Kitzbühel resorts, known for their deep snow and steep drops (and steep prices), as well as day drinking and a go-hard nightlife. But family friendly, relaxed skiing can be found to the east at Grossglockner Resort Kals-Matrei, which offers varied terrain, half-price passes for under-18s and the deep joy of waking to a horizon studded with over sixty 9,840ft (3000m) peaks.

Locals love the more laidback, sunny-side-of-the-Alps skiing in Carinthia in the south, including the freeriders’ favorite of Ankogel and the high-elevation Mölltaler glacier, which gets an average dump of 65ft (20m) of snow a year.

Austria’s cross-country trails make a cheaper, tranquil alternative to downhill. Seefeld’s 173mi (279km) of Loipen (tracks) take in idyllic villages and is flood-lit for after-dark gliding. More than 44mi (70 km) of well-maintained trails fan out from Alpbach, what’s known as Austria’s most beautiful village, all of them at over 3,280ft (1000m).

Austrians often summon comparisons to the Mediterranean when talking about Graz. As far from the sea as the country’s second largest city is, once glimpsed, you’ll get what they mean. Its pristine historic center blends Medieval, Renaissance, and Baroque architecture in a sweetly evocative mix, and taken in from its iconic clock-tower perch, its swathe of terracotta rooftops and its thundering River Mur evoke Italian Riviera towns or those of the Slavic Adriatic. Its food, too, is a little lighter, fresher, and more sun-kissed than the Viennese. It’s a welcoming and serene place, especially pretty in spring and summer, with little of the tourist bustle of Vienna or Salzburg.

Graz has been honored with UNESCO designations for its historic center, as a city of culture, of design, and most recently gastronomy. Its cultural life feels very much of much of the 21st century, with a month-long design festival held each year and a couple of wildly imaginative contemporary landmarks – the blue blob “Friendly Alien” Kunsthaus and Murinsel, the river’s artificial island/bar. There’s a palpable youthful energy too, with its 60,000 students whizzing past on bicycles and filling the brimming bars and cafes, especially in the rowdy, arty riverside neighbourhood of Lend.

6. There’s more than one high season

The summer high season of July and August sees visitors flocking to Vienna for the sights, while locals take to the lakeside resorts or hiking trails. Salzburg is also busy, with its summer music festivals drawing additional crowds. Hotels book out, although the availability of apartment rentals has made things easier. Summers get warm: pack shorts and sunblock, though layers for exploring at altitude are also wise.

Hikers will find the trails less populated in the spring and autumn shoulder season and accommodation costs slashed; lakes are also quiet outside of high summer, but that blissful peace can also mean a dearth of eating and sleeping options.

Mid-December to March is high season in the ski resorts, plus, from late November, there’s an influx of city-bound travelers for the magical Christkindlmarkt (aka Weihnachtsmärkte or Adventzauber). Both Vienna and Salzburg also have packed winter music calendars, culminating in the Vienna Philharmonic’s traditional New Year’s Day performance. Bring dressy outfits for this time of year, as well as your thermals.

7. It’s easy to get around Austria

Public transport is very efficient, with the national ÖBB train system integrated with its Postbus bus network. Regional transport passes are worth investigating as they can offer good savings. Driving in Austria is a pleasure, although car hire pickups and drop-offs can only be done in big cities. Cyclists are well looked after with bike paths throughout cities and stretching out into regional areas. There are also extensive bike-hire facilities for summer touring. If you are headed to Austria on a driving holiday, here are a few safety tips before you take to the roads. 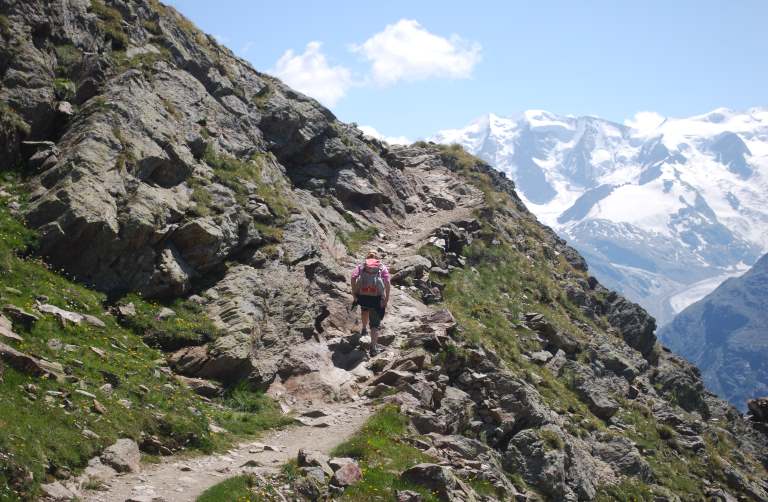 3 Adventurous Things to Do in Switzerland in Summer

The Swiss Alps may be famous for skiing, but it’s also a glorious summertime playground. Tim Neville shares his favorite places to swim, hike, and bike. Join Tri Phan Quoc as he travels to the foodie paradise of Italy, where he meets a local wine producer and explores the magical vineyards.