With 330 islands to explore, this South Pacific archipelago lures travelers looking for adventure and relaxation. Get tips on costs, etiquette, things to do, and other travel advice to make the most of your trip to Fiji, whether a two-week vacation or a longer stay.

A year after my partner was offered a job working as an oceanographer in Fiji’s capital Suva, Fiji still surprises me. I’m smitten by the soft coral reefs off the coast of Beqa Island, the lonely Yasawa Islands only accessible by boat, and the friendly “Bula!” spirit that infiltrates Suva – even on the busiest of days.

Here’s what I wish I knew before my first visit to Fiji.

1. The cost of island hopping in Fiji

Fiji is an expensive country to travel around – even for travelers who are budget-savvy. If you want to island-hop to Fiji’s outer islands, there are typically only a handful of backpacker resorts to stay at per island.

While many of these resorts lure travelers in with low room and dorm bed rates, you need to factor in the price of mandatory meal plans, activities such as scuba diving, and the cost of getting to the remote island. Boat rides to the Mamanuca and Yasawa Islands are notoriously expensive, and many resorts require you to book transport through them.

Don’t be tricked by a low room or bed rate; accommodation with higher room rates can sometimes be cheaper when you add up the extra costs. On a recent trip to the Yasawas, I assumed one of the backpacker hostels would be the cheapest option. Once I accounted for the mandatory meal plan and activities fees, it was less expensive to stay in a dorm bedroom at one of the more upscale resorts. By researching in advance, I was able to save money.

There are dorm rooms throughout the Mamanuca and Yasawa Islands, and even though some of these are called resorts, they are cheap in the scheme of Fiji accommodation. So, for those of you who aren’t interested in staying in a resort, look for other options such as local guest houses.

Many villages in Fiji require visitors to participate in a sevusevu (gift giving ceremony) before coming into their community. This means you can’t explore wherever you please. Whenever you enter a Fijian village as an outsider, you’re expected to bring a small gift (usually kava). The head of the village, called the Turaga ni Koro, will then meet you and likely share kava with you to symbolize your welcome into the community.

You will need to bring a sevusevu even if you only plan to visit the village’s scenic sites, like a waterfall or swimming hole. Walking into an unknown village without a sevusevu is often seen as disrespectful and may even be regarded as trespassing, especially in Fiji’s more rural villages. Even when our Fijian friends enter our home for dinner, they bring either bread and butter or kava as a sevusevu.

When presenting your sevusevu, dress conservatively and avoid wearing anything on your head, like a pair of sunglasses or a hat.

While planning a hike across Fiji’s main island of Viti Levu, I realized how many sevusevus this would require, and decided to go with a guide instead. Choosing an ethical tour operator like Talanoa Treks, who have already established relationships with villages, are ideal for travelers who want to explore Fiji’s less touristy side, without having to navigate the logistics of multiple sevusevu ceremonies each day.

Indians first came to Fiji in the late 1800s as indentured servants, while Fiji was under British colonial rule. According to Fiji’s 2007 census, nearly 40% of Fiji’s current population is of Indian descent. This Indian influence is easy to see as I explore Fiji’s main towns, walking past sari shops, Hindu temples, and picking up on the distinct Fijian-Hindi language.

Don’t underestimate the deliciousness of Fiji’s Indo-Fijian food. I found roti stuffed with spiced curry for just US $1 and food stands in every major town selling plates of curries, dhal, roti, and chutney for as little as US $3.

While it’s easy to recognize traditional Indian dishes like paneers and koftas, Indo-Fijian food also uses ingredients that are commonly found within the South Pacific. Curries spiced with chili and cumin are often mixed with coconut, fish, crab, ginger, and root crops. When I visited an Indo-Fijian friend’s home to celebrate Diwali, she taught me how to combine jackfruit, spices, tomato, and coconut milk to create a curry that you could tell was Indian, yet heavily influenced by the Pacific.

4. How to buy fresh ingredients at Fijian markets

Fiji’s local markets are full of fruit and vegetables stacked neatly on top of one another. The first time I went to a market, I pointed at a single tomato sitting in a stack and asked how much it cost. The woman selling the tomatoes looked at me with a confused expression and said, “US $1 for all.” It’s often not possible to buy just one or two tomatoes – produce is priced by the heap. So even if you want to buy just one tomato, you’ll be leaving with five or six.

This price-per-heap way of selling produce is because Fijian society is centered around sharing. There’s no harm in having extras because you can always share with your family and friends.

Bargaining isn’t common in the produce markets, as the prices are already fair.

5. Why you shouldn't cook roro, a traditional Fijian dish, yourself

Traditional Fijian food consists of fresh fish, coconut, root crops, and steamed greens. One of my favorite dishes, roro, is made from steamed taro leaves, onion, garlic, oil, and coconut milk. The result is a comfort food that goes well with just about any Fijian dish. It tastes like a tropical version of creamed spinach.

Raw taro leaves have calcium oxalate, pin-like crystals that act as a pest deterrent and protection for the taro. Due to the calcium oxalate, eating raw taro can cause small cuts in the back of your mouth and throat.

Many visitors who cook taro themselves or eat a bad batch at a restaurant end up with itchy hands and a sore mouth. Raw taro leaves can also cause an upset stomach and lethargy.

Even when the taro looks as though it’s cooked, it can still have tiny calcium oxalate crystals on the leaf.

Leave roro cooking to the chefs who know best. If you do take home a bundle of taro from the market, be sure to cook it for a minimum of 45 minutes.

6. Explore beyond the popular Fiji resorts

The typical tourist trail starts in Nadi, followed by a few days in Denarau, and a possible boat trip up to the Mamanuca and Yasawa island chain. Occasionally, some visitors trickle down Fiji’s main island of Viti Levu and spend a few nights at a resort on the Coral Coast.

There’s no doubt this region is stunning, but the best parts of Fiji are off the tourist trail.

You don’t have to travel far to see Fiji’s authenticity – where ceremonies take place as part of every-day life, rather than as a money-making performance.

I went to Beqa Island, 6mi (10km) south of the main island, to see Fiji’s traditional firewalkers. This fire walking ceremony has no gimmicks and is not the type of hot coal fire walking you might have seen at hotels or during street performances. On Beqa, stones are placed in a fire for hours before men of the village perform a ceremony and walk across them. This ability to walk on hot stone without being burned has been passed on from generation to generation, and stems from a time where a Fijian warrior gained this power to walk without being burned from a spirit god who once lived inside an eel. The spirit god within the eel gave the warrior this ability in exchange for freedom.

I flew on a tiny plane from Suva to Taveuni, also known as Fiji’s “garden island”, I was drawn to this particular island to walk through dense rainforest, swim beneath waterfalls, go diving at Rainbow Reef, and relax at one of the boutique eco-friendly guesthouses, where I sipped fresh coconuts under the property’s thick rainforest canopy.

Ovalau Island is one of the least-visited islands in Fiji, where I stayed at a guesthouse and explored the island’s only town called Levuka, Fiji’s old capital. Since there are so few tourists, the best way to get around is hitchhiking in the back of a truck along the handful of rickety roads. While the lack of cell phone service was off-putting at first, I soon forgot all about the digital world once I went hiking, standup paddleboarding through mangroves, and snorkeling at Ovalau’s thriving soft coral reefs.

Kava, also called yaqona, is the traditional drink of Fiji that acts as a relaxant and anesthetic.

Kava is made from the root of a pepper plant. The root is ground into a very fine powder and mixed with water to create a murky drink that looks like puddle water.  Its earthy taste causes your lips to tingle, while a feeling of relaxation washes over you.

After your third or fourth bowl (bilo) of kava, you’ll certainly be on ‘island time’.

Kava is enjoyed among friends, work colleagues, family, and in both formal and informal settings. The exact rules and traditions vary from place to place and from group to group, but it’s helpful to know the basic etiquette of a kava ceremony before you sit down for your first bilo.

Kava ceremonies take place on the floor while everyone is sitting in a circle. Nothing should be on your head. The leader of the ceremony – usually the chief of the village, the most senior Fijian in a company, or the person hosting the kava ceremony – mixes kava with water to create the drink. The kava is served from a tanoa, a wooden bowl.

If you are hesitant about drinking kava and only want to try a little, ask the leader for “low tide.” This lets the leader know you’d like only a small portion.

When tourists make a faux pas, it’s rarely a big deal. When in doubt, say “Bula!”

What do you wish you'd known before going to Fiji? 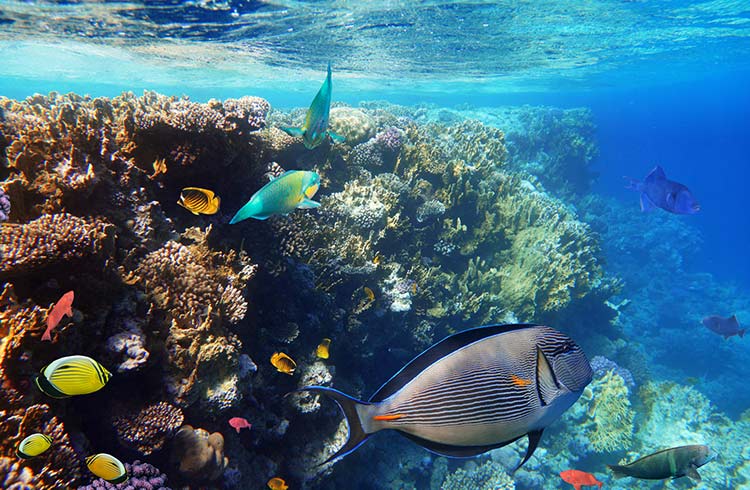 Fiji as a premier scuba diving and snorkeling destination. We asked Chris Mitchell from DiveHappy.com to share his essential safety tips for your underwater adventures in Fiji. Cyclone Safety in Fiji: How to Stay Safe in Wild Weather

Cyclone season runs from November to April in Fiji. Here are our top tips to stay safe and be prepared during the wet season in Fiji.