As home to Mt. Everest, Nepal attracts thousands of adventure travelers each year who attempt to summit the highest peak on the planet or complete the famous 7-14 day Himalayan trek known as the Annapurna Circuit. In light of these activities tourists often assume that mountaineering and trekking are the only activities Nepal has to offer but they are woefully wrong.

I first visited Nepal in the fall of 2010 as a fifty-eight year old solo female traveler. An intrepid walker and hiker, my original intent was to complete the Annapurna Circuit but a knee injury from earlier in the year had failed to heal properly, making it difficult to negotiate trails with steep steps or uneven surfaces and forcing me to look elsewhere for adventure. I had no trouble finding it in Nepal.

After a few days of visiting the ancient historic sites of Kathmandu, I needed a break form the city's polluted air, ubiquitous trash, and traffic-choked streets. My guide suggested a trip to the eastern edge of the Kathmandu Valley, where we could make a moderately easy trek to the hilltop town of Nagarkot. Where the pavement ended we left the taxi and followed a dirt road through a peaceful valley where burnished gold rice fields shimmered under crisp autumn skies. Four hours later the path rose gently toward distant forested hills, becoming moderately steep only during the final ascent. Breathing heavily, I passed the scant collection of village huts that made up Nagarkot and pressed on to the top where a panorama of white-toothed Himalayas spread before me, floating over the opposite valley like a desert mirage in the afternoon heat.

The next morning I sipped coffee on the deck of my guest house and watched the hulking gray Himalayas emerge in the dawn light, changing from pink to gold to brilliant ice-capped blue. As the sun rose over the valley we left Nagarkot behind and descended through fragrant pine forests toward Changu Narayan, the oldest temple in the Kathmandu valley. That afternoon I stepped across the threshold of this temple devoted to the Hindu god Vishnu. Built in the third century, Changu Narayan is embellished with exquisite stone, wood, and metal decor, including carvings on the struts of the two-tiered temple that represent the ten incarnations in which Vishnu destroyed evil-doers. Enormous bronze doors that glitter in the sun, a statue of Vishnu disemboweling a demon, and bells decorated with dragons are just a few of the stunning works of art that decorate this third century temple. And when I'd had my fill, an easy bus ride took me back into the heart of Kathmandu.

Destinations outside the Kathmandu Valley are no less intriguing. In the southern Terai, the hot, dry plains that border India, I visited Chitwan National Park, home to the endangered one-horned rhinoceros, as well as elephant, tiger and sloth bear. I climbed gingerly into a tippy hand-hewn dugout canoe for a paddle down a mist-shrouded river, where exotic birds called and invisible animals rustled in the tall grasses along the shore. When the boat bumped against the shore I stepped out and added my footprint next to the tiger paw print sunk into the mud at the water. I followed my guide through waist high jungle vegetation and leech-ridden swamps in search of the endangered black rhino. We finally found them wallowing up to their chins in a shallow muddy waterhole and stepped up to take photos but we must have been upwind. Though rhinos have notoriously poor eyesight their sense of smell is excellent and only a three of our had snapped photos when the head rhino stood up, flapped its ears and made ready to charge. "Run" ordered our guide. He didn't have to tell me twice.

Further west in the Terai lies the town of Lumbini, birthplace of Lord Buddha and one of the four major pilgrimage sites for Buddhists. The birthplace is marked by a stone pillar inscribed with the words 'here Sakyamuni Buddha was born' which was erected by Emperor Asoka upon his visit in 249 BC. Equally impressed when he visited in the 1990's, then United Nations Secretary General U Thant suggested to the Nepal government that the site be developed as an international pilgrimage and tourist center. The Sacred Gardens, which sprung from this initial proposal, were subsequently inscribed as a UNESCO World Heritage site in 1997. Nations with strong Buddhist traditions each have a presence in the Gardens; some have erected lovely temples while others are still in the building process. Hiring a rickshaw for the day, I was able to see most of the temples, which are scattered along a central canal and tucked into surrounding forests where monkeys roam and screech.

Moving from the heat of the southern plains to the mid-hills in the central part of the country, I made my way to what quickly became my favorite place in Nepal, the town of Pokhara. I walked the three-mile long lakefront road, bantering with Nepali merchants as I munched on oranges purchased from slender Indian boys who hawked the sweet, juicy fruit from wire baskets mounted to the rear of their bikes. One morning I climbed Sarangkot at dawn and watched the sun rise over the valley, illuminating the valley below in more shades of green and gold than I knew existed. Another day I climbed to the World Peace Pagoda, perched atop a hill on the far side of the lake, for a view over the town toward the jagged Himalayas and the fancifully named Fishtail peak. On another languid afternoon I hopped aboard a brightly painted wooden boat and paddled to a tiny island in the center of Phewa lake, where I made devotions at Barahi Temple, the most important Hindu religious site in town.

Intrigued by the diversity of Nepal, with its multitude of ethnic groups and variety of terrain, I took a bus north from Pokhara to the end of the line in Besisahar and hopped aboard a 4-wheel drive jeep for a grueling two-hour grind up to Puma. This tiny village high up in the Himalayas is the abode of Gurungs, an ethnic group that traditionally enters the military or farms. Here I was welcomed for four blissful days into the home of Aama Gurung and her extended family. By day I explored hand-laid flagstone stairways carved into the mountainsides that connected terraced fields with villagers' homes. During chilly November nights in my host family's unheated chalet I snuggled under thick quilts soon after the sun set. In Puma, life was simple but hard. After dawn prayers, villagers worked collectively, milking buffalos and mucking out stalls, cooking in outdoor wood-fired ovens, harvesting crops, and threshing rice and millet. According to Gurung tradition, 'Guest is God' thus I was not allowed to help but toward the end of my stay I sneakily managed to wash the dinner dishes one night until I was discovered and shooed away. At the end of my visit Puma's Mother's Group bade me farewell with floral garlands and silk scarves; I departed tearfully, filled with love for these spiritual people who care for one another so deeply.

I had arrived in Nepal with plans to spend three weeks and three months later I was still there. Finally, in late December last year I departed, knowing that if I didn't go I might never leave. For the next three months I traveled to far-flung places with stunning scenery and welcoming people but my heart longed to be in Nepal. I am back now, discovering more of this fascinating country, looking for even more off-the-beaten track destinations. I suspect it will take a lifetime to ferret out everything that it has to offer but I know one thing for sure. Nepal is not just for mountain trekking and adventure travel. 5 Things I Wish I Knew Before Going to Nepal

Before you set foot on Nepal's hiking trails or wander the streets of Kathmandu, here are five things to know. 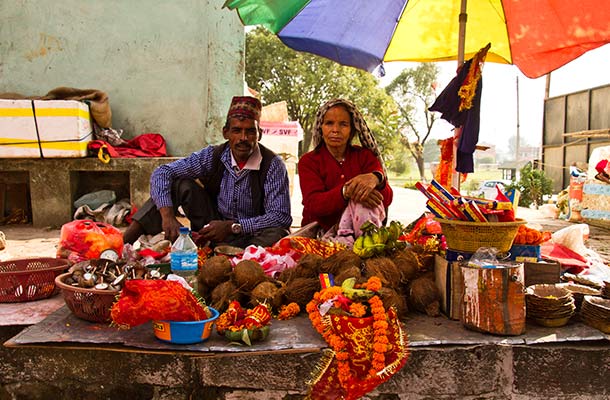 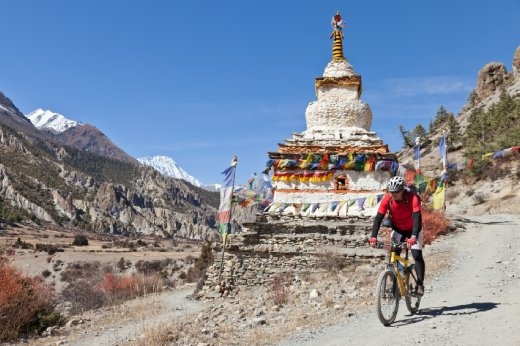