Crime, road safety, interruptions to power and unsafe transport are just some of the things travelers need to consider before going to Gabon.

Gabon is located on the west coast of Central Africa, bordered by Equatorial Guinea, Cameroon, the Republic of the Congo, and the Gulf of Guinea. Here are a few things you should know to stay safe in Gabon.

Crime increases dramatically during peak holiday season in Gabon (May to September).

Congested urban areas are particularly dangerous at night, but daytime incidents can happen. Armed robberies, petty theft and violent crime do happen on the streets – especially in Libreville and Port Gentil.

To reduce your chance of being attacked or robbed, avoid showing any signs of wealth by not wearing expensive clothing or any jewelry. Keep your phones, cameras and wallets out of sight at all times, and keep your valuables locked up safely in your accommodation.

There are some hotels that have safety measures in place, but not all are equal. Before you book, ask if your accommodation provides 24-hour security guards, locking doors, and safes to lock up valuables in each room.

Traffic accidents are one of the greatest dangers in Gabon. Use extreme caution if you are driving here, as drivers are known for excessive speeding and reckless behavior. Other road hazards to be aware of include: poor lighting, disobeying traffic signals, pedestrians walking on roads, cattle and other animals on roadways, large trucks carrying heavy cargo, drunk drivers, poorly maintained roads, and erratic taxis stopping to pick up passengers.

Gabon is a relatively peaceful democracy.

Most political violence occurs during election campaigns, but issues are usually under control relatively quickly. Most organized crime is focused on the drug and ivory trade, as well as human trafficking – which is a major problem for Gabon.

Libreville has experienced rolling blackouts of electricity and water shortages. Old equipment and rare maintenance have caused aging infrastructure to fail at times. Strikes sometimes occur when workers protest for their demands to be met.

In January 2019 the internet was blacked out after a coup attempt against President Ali Bongo. The government took back control shortly after and said the situation was under control following a string of arrests.

There have been no recent events of terrorism in Gabon, but an event cannot be totally ruled out. While traveling, stay up to date with local news and media to be aware of any political violence or civil unrest that may arise.

Be aware that Gabonese borders could be used as a possible corridor for terrorists, to easily pass through the country from/to either Congo or Cameroon.

Civil unrest is not common in Gabon, although public protests, demonstrations, and strikes are fairly common in response to ongoing labor issues.

Travelers should stay away from protests and demonstrations, especially in Gabon where police have used force and teargas to disrupt events in the past. Police do not distinguish between innocent bystanders and protesters, and the possibility of becoming collateral is a concern for visitors.

During summer torrential downpours can cause severe damage to villages and bridges. Gabon has two rainy seasons each year, the first is from March to May and the second from September to November.

There have been no natural hazards in recent years. Gabon does not experience earthquakes or have any volcanic activity to cause a threat.

Be aware of bush taxis (taxis-brousses) and minibusses (clandos), which are often in a state of disrepair and carry too many passengers, causing concern for safety standards. Every year, there are a number of serious and fatal accidents involving these taxis.

The safest method of transport in Gabon is to catch taxis. You can either hire a whole taxi (for a higher cost) or catch a shared taxi.

Drugs, especially marijuana, are present in Gabon. It is illegal to possess or use drugs, and penalties will result in a lengthy prison sentence.

Police set up roadblocks and checkpoints throughout Gabon. You must always follow instructions from the local police. In most cases, once your travel paperwork is inspected, you will be released. The police or military may ask for bribes in the form of 'coca-cola money', and you should not pay these bribes.

In the event of an emergency, the police should be your first point of contact. Be aware police response can be slow, and investigations are rarely opened. It is much better to prevent a crime than fight it in Gabon.

Medical facilities are not great. Libreville has several hospitals. Contact your travel insurance provider in the case of an emergency for the best advice on where to go.

In 2008, Gabon signed the UN declaration on sexual orientation and gender identity calling for the global decriminalization of homosexuality. While homosexuality isn't (and never has been) illegal in Gabon, be aware that many locals are not accepting, and unfortunately discrimination laws are not in place to protect LGBTQ travelers or locals. To be on the safe side, be discreet about your sexual orientation.

Get a travel insurance quote for Gabon 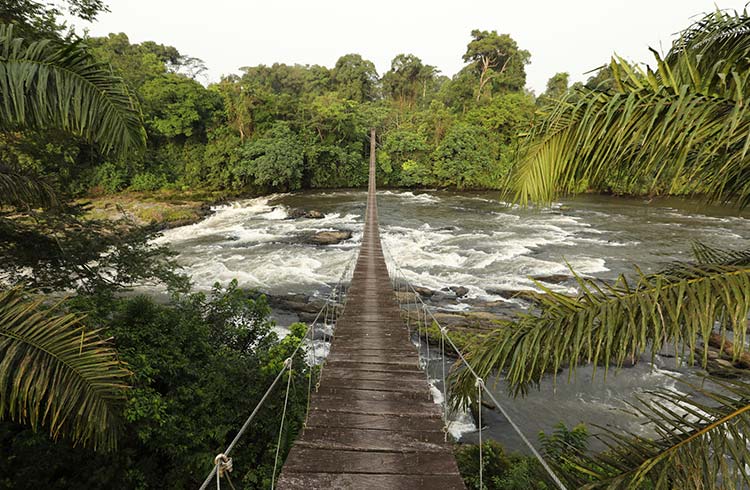 Is Cameroon Safe? 6 Things You Need to Know In this episode we meet hiker Tim Voors who spent six months walking America’s Pacific Crest Trail overcoming loneliness and fear while discovering the power of the wilderness to restore the human spirit. Going hiking alone in the wilderness? Our travel safety expert shares his top tips for you to stay safe while hiking solo.