Ever wondered what it's like traveling in the hermit kingdom of North Korea? From local laws to crime, here's what you need to know to stay safe if you travel to North Korea.

Curiosity will probably get the cat killed in North Korea – perhaps even your tour guide – and you may be expelled from the country if you probe to many questions or step out of line. Still, North Korea is a fascinating and totally unique country, and you may be curious to experience the place for yourself. First, you must learn to follow all the rules to the letter.

Here's everything you need to know about personal safety and local customs in the country.

1. The political situation in North Korea

While peace is maintained under an armistice agreement, the two Koreas are still technically at war and inter-Korean relations are extremely tense. The security situation on the Korean Peninsula could deteriorate with little warning.

North Korea is a communist state; it's safe to assume that you will be under surveillance at all times. North Korean government security personnel closely monitor the activities and conversations of foreigners. Hotel rooms, telephones, and fax machines may be monitored, and personal possessions in hotel rooms may be searched.

North Korea is a closed society with little, if any, information available about internal political developments. Although access to international satellite TV channels is available in hotels used by foreigners, such access may be curtailed in a crisis. Civil unrest, internal instability and/or an escalation of tensions on the Korean Peninsula could arise rapidly and you may get little or no information about this from the local media or authorities.

2. Can you travel to North Korea?

This is a country in which total obedience to the state is the norm. There is no "dissension" in North Korea and travelers must abide by this or simply not travel there. Curiosity may well get you or your guide killed in North Korea, it's as simple as that.

Tourism in North Korea is unlike anything you will have experienced anywhere else in the world. Your every movement is controlled, watched and carefully planned by the Government. Most, if not all tours, are ultimately run by the Korean International Travel Company and it will be their guides who show you around.

Forget any notions of independent, adventure or solo travel, it just doesn't work that way in North Korea.

Travel throughout the country is only possible as part of a guided tour. Independent travel is not permitted, you must not leave your hotel without a guide, you will not be allowed to travel on the public transport system at all, and both you and your guide will be punished if you infringe the rules.

If you are not prepared to accept severe limitations on your movements and behavior, you should not go to North Korea.

There are some nationalities that are not even permitted entry to North Korea. South Koreans are not permitted entry and there have been reports of difficulties regarding Israeli, American, British and Japanese nationals. However, in January 2010, North Korea lifted the restrictions on American citizens who are now free to visit at any time of the year. If you are a U.S. passport holder, be aware you must have special validation for travel to North Korea from the Department of State. A specialist North Korean travel agency can help you sort out the complex and ever-changing regulations.

When you arrive in North Korea, your guide will take your passport and keep it for "security reasons". Make sure your passport looks decent and doesn't differ from the most common passports from your country.

You will not have access to anyone or anything that is not part of your authorized tour. You will not get any insight into how local North Korean people live. Your tour will be highly choreographed to visit only authorized sites, shop in approved stores, and speak only to official guides.

Do not break any of the rules of the tour; doing so will place your guide at risk. He/she will be subjected to imprisonment and even torture, for assisting your "espionage". Do what the guides do, praise every stop on your tour, and remember the rule, "If you have nothing good to say, don't say it at all."

Most, if not all, tour groups are asked to solemnly bow and lay flowers on one or two occasions in front of statues of Kim Il Sung when visiting monuments of national importance. Always act in a respectful manner around images North Korean leaders.

If you don't think you can follow the rules, behave respectfully and keep any negative thoughts or opinions to yourself you should reconsider traveling to North Korea.

It is a criminal act in North Korea to show disrespect to the country's current and former leaders, Kim Jong-Il and Kim Il-Sung. Persons violating the laws of North Korea, even unknowingly, may be expelled, arrested, or imprisoned.

6. Local laws you should know

Any unauthorized activities can and will be seen as an attempt at espionage. If you travel unescorted without explicit official authorization, or any attempt to talk to a North Korean citizen authorities will see these actions as attempted espionage. Always stay with a guide and never do anything to draw attention to yourself from local authorities.

North Korean authorities may fine or arrest you for unauthorized currency transactions, or for shopping at stores not designated for foreigners.

Do not take pictures unless you are told you can; North Korean government authorities may view taking unauthorized pictures as espionage, confiscate cameras and film and/or detain the photographer. Photographing scenes of poverty or other things that may cause a negative impression of the DPRK may also result in confiscation. You should ask permission before taking photographs in the DPRK, including of officials, soldiers or other people. DPRK guides can provide permission to take photographs.

You will not be affected by any serious crime in North Korea. Your visit will be so tightly controlled that you will simply not be in a position to be the victim of crime. The worst you can expect is petty theft, particularly at Pyongyang airport and in public markets. As always you should exercise care, be alert to your surroundings and ensure personal belongings are secure. Just because your movements are tightly choreographed you should not get too complacent.

Your visit will be so tightly controlled that there should be no real risks to your health in North Korea.

However, Malaria is a risk particularly in the south of the country, and Japanese encephalitis is not uncommon.

Water-borne, food-borne, and other infectious diseases (including tuberculosis, typhoid, hepatitis, measles, cholera and rabies) occur with more serious outbreaks occurring from time to time. However, your meals will be tightly controlled and you will not have access to street food.

Hand, Foot and Mouth Disease is common with more serious outbreaks occurring from time to time. From March to May, yellow dust, which is carried to the Korean Peninsula by strong winds from Mongolia and China, can cause eye, nose, mouth and throat irritations and may exacerbate respiratory and cardiovascular problems.

You should consider the following vaccinations before traveling to North Korea:

Want to know more about North Korea? Head to our Stories section to delve a little deeper.

Get a travel insurance quote for North Korea 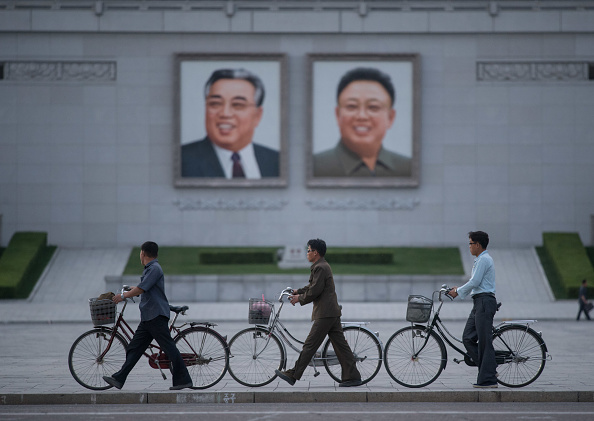 What to Consider if Traveling in Oppressive Countries