If you're a woman heading off to travel in Mexico, here's how to stay safe.

As a travel writer born and raised in Mexico, I often get asked for tips by friends with upcoming trips to Mexico. They want to know about the weather, which parts of the country they shouldn’t miss, and my takes on the best places to eat in each city or coastal town. What they probably don’t always expect is a rundown on safety measures to follow while there, but there are things you should know, especially if you’re a woman visiting Mexico.

Mexico is a huge country with varying degrees of violence depending on the region, and chances are nothing will happen to you as a tourist. However, violence against women is a serious issue in Mexico, one that shouldn’t be ignored, and local women are used to taking precautions that tourists are often unaware of.

Here's what to expect and safety measures on how to stay safe as a woman traveling to Mexico.

Blending in in Mexico

“But it’s obvious I don’t look like a local,” you might think. Not necessarily. There are millions of foreigners living in Mexico, so it’s best to look like a knowledgeable expat than sticking out like a sore thumb as a tourist.

While coastal towns are used to people wearing anything they want and no one will bat an eyelid at the sight of bare legs, cities maintain a certain etiquette. Shorts will definitely make you stand out as a tourist (and might call unwanted attention such as stares or catcalls) in cities such as Mexico City and Oaxaca, as local men and women of all walks of life prefer longer pants, jeans and more modest skirts, regardless of the weather.

When it comes to jewelry, leave anything expensive back home. Mexicans aren’t flashy about wearing expensive jewelry out in public.

It might come naturally to walk around carefree in awe of new places you visit, but try to remain aware of where you are and who’s around you. As a woman, it’s not advisable to walk alone at night, ever. If you must (say, if you’re a block away from your accommodation and it’s too short a walk to get an Uber or taxi), don’t let strangers get too close or walk right behind you.

On a related note, be aware of the information you disclose to strangers. Unless it’s your tour guide, hotel concierge or Airbnb host, there’s probably no need to go around telling taxi drivers and random people you meet that you’re traveling on your own (if that’s the case).

Whether you like traveling “off the beaten path” or not, research the area you’re staying in to avoid less savoury parts of town. For example, staying in the historic centre may sound appealing (as it does in most cities worldwide), but in Mexico City, most streets in the area haven’t been gentrified yet and can be dodgy at night. Instead, there are leafy central suburbs like Roma and Condesa that are way safer options to stay at.

If you must go to places deemed dangerous (like Acapulco, a once cherished beach town turned narco playground), stay at the hotels within the gated communities.

A 2018 study commissioned by the Thomson Reuters Foundation found that three in every four women felt unsafe while using public transport in Mexico City. Overcrowding was cited as a major concern, which led to groping and other sexual harassment, and fellow travelers were unlikely to come to a woman's aid. To address the problem, women-only train carriages (normally the first three cars) were implemented some 20 years ago, but they are not available on all the metro lines.

When it comes to taxis, it’s a good practice to avoid hailing them off the street in big cities as street taxis have been known to be involved in crime. Instead, get a taxi from a taxi rank (your hotel or restaurant can usually call one for you). In smaller towns, ask at your lodgings whether catching a taxi off the street is acceptable in terms of safety.

If available in the place you’re visiting, prefer Ubers to taxis. In general, Ubers are cheap in Mexico and a safer way to get home than walking home alone at night. Local women often share Ubers with a friend when going back home after a night out and always check in with each other to make sure everyone got home safe.

If you’re traveling long distance by bus, avoid nighttime buses. Try to travel during the day instead. (The same goes for driving on highways, especially around areas where there’s a higher chance that there are narcos or narco fields.)

Be careful with money

It’s not advisable to go to ATMs at night. When you take money out, put it away discreetly, trying to avoid accidentally flashing it. Always keep some money and credit cards locked up at the hotel (in the safety deposit box or inside a locked suitcase).

If you go out at night, take only one card that you know works, preferably not a card attached to a large bank balance visible on the screen, and some money in cash. Should you get mugged, ALWAYS hand in the money. Don’t try to argue with the mugger or chase someone down the street if they take your bag, you never know if that person will have a knife or gun, and they probably won’t be afraid to use it.

Never hang your handbag on the back of a chair at an outdoor restaurant. While sitting on streetside terraces, Mexican women will usually dine holding their purses on their laps. Similarly, don’t leave your bags unattended in a shop to go grab something in a different part of the shop, even if you’re planning on being away for just a minute. And, while walking, don’t let your bag hang loose on your backside, always clutch it towards your front.

When it comes to your passport, leave it locked up at the hotel with most of your credit cards. Take a photo of it and carry a print copy as well in case you ever get questioned by the police.

Like anywhere in the world, don’t leave your drink unattended. And it’s always a good idea to make sure you’ve eaten if you’re planning on drinking. Altitude, jet lag, and tiredness from catching early flights can all contribute to you not having the same tolerance to alcohol that you would back home. You’ll want to stay alert if you’re traveling on your own.

When going home after a night out, don’t get in blind drunk or put your friend in a cab or Uber by herself if she gets drunk. This isn’t a lesson in morality, it’s a fact that women disappear in taxis in Mexico when going home at night, so it goes back to being aware of your surroundings and who’s around you as much as you can.

If you’re considering meeting someone through a dating app, try meeting during the day for the first time. It’s a good idea to meet in a public place that’s not too close to your lodgings, that way you can avoid your date offering to walk you home in case you need to get out of the date. (It’s always better to be able to get out of it using a cab, as you don’t want someone you didn’t like or know well to know where you live –this applies back home too, actually!)

Take a screenshot of your date’s photo and info and send it to a friend (even if they’re abroad). WhatsApp lets you share your live location with a friend for up to 8 hours. Consider telling them the area you’ll be in and ask them to monitor the map and check in on you if you stir too far from where you’re supposed to be on the map. This may seem extreme, but once you feel comfortable, you can let them know you’re okay. (Your friend doesn’t actually need to be checking the screen for the whole 8 hours.)

Be wary of overly helpful people, smile, say “No gracias” and keep walking straight ahead. There are some very creative scams happening in touristy areas. As an example, I once witnessed my Canadian flatmate’s mom being a victim of a “the bird pooped on you” scam in downtown Mexico City.

It consisted of a group of women surrounding her to help her wipe “bird poop” from her face (after one of them had sprayed her with water while no one was watching) while one of the perpetrators went through her bag. The point was just to distract her from paying attention to her bag. Thankfully, hers was a travel bag with lots of hidden compartments, so they never got to her money, passport, or any valuables.

Should something happen, opt for the tourist police rather than the regular police. They are known for being more helpful and less corrupt.

If not available in the city or town where you’re staying, consider getting help from your country’s consulate or embassy. For emergencies call 911. 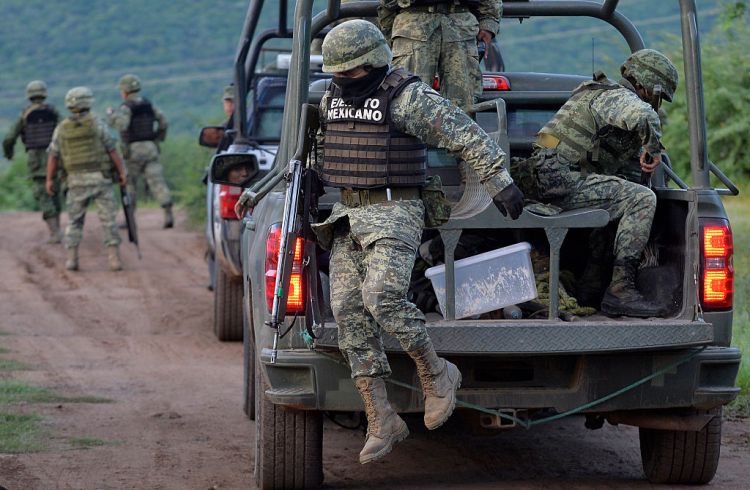 Find out where the drug-related crime hotspots are in Mexico, learn about the drug laws, and what you need to know about traveling with medication.