Top 5 Common Scams to Avoid in the Philippines

The Philippines is a gorgeous country blessed by lively cities, magnificent beaches, vast wilderness and many unique cultures. But visitors to this wonderful destination must be mindful of the risk of scams, which are common in the country’s busiest tourist areas. Here’s the lowdown on five of the Philippines most common scams and how to avoid them.

Even my late father, a veteran traveler, fell prey to this common scam a few years ago in Manila. The first warning sign of the Philippines money-changing scam is a sign advertising a very generous exchange rate, one well above the market price. This is the honey trap.

The excitement of getting a great deal blinds tourists to the risk of changing their money at a small stall instead of at a safer institution, such as a bank, where rates are lower. The stall vendor will first take your foreign currency and then count out, on a benchtop in front of you, the correct amount of Philippines Pesos.

When you nod in acceptance, having counted along and recognized the exchange is accurate, the vendor will sweep the pile of Pesos back towards them and tie it tightly with a rubber band. Most tourists then walk away happy, just as my father did, only to later undo the band, count their cash, and realize they’ve been heavily shorted.

That’s because, as the vendor swept the money after counting it, they deftly pushed notes either through a narrow slit in the benchtop, or down on to the floor next to them. Which is why, when your Pesos are handed to you, make sure to remove the band and count it in front of the vendor before leaving. Or, to be even safer, just avoid small money changers altogether and only do currency exchange at a bank or hotel.

I’ve come across these at all of Manila’s most popular tourist areas, from the sprawling Rizal Park, to the ancient Spanish citadel of Intramuros and the long waterfront boulevard Manila Baywalk. They are called Kalesa – beautifully decorated horse-drawn carriages from the Spanish era of the Philippines which offer rides to tourists who want a unique way to view this city.

Unfortunately, some of the men who operate these carriages are unscrupulous and target foreigners. They typically execute their scam in one of two ways. Firstly, when tourists ask for a ride the driver will tell them to get in, then take off immediately and avoid any discussion about the price. At the end of the journey, they’ll quote an exorbitant figure and, if you object, will raise their voice and gesticulate to both intimidate and embarrass you in public.

Alternatively, they may quote you a reasonable price at the start of the trip. Then at the end, they’ll tell you that price was just a starting fare – equivalent to a flag fall in a taxi – and the full price is many multiples of the initial quote.

All of this doesn’t mean you need to avoid these carriage rides. Because many of the drivers are honest, and you can counter the others with the following tactic. Before you get on the carriage, negotiate the final price and then repeat very firmly to the rider that this is the maximum you’ll pay at the end of the journey.

3. Taxi scams in the Philippines

Taxis are remarkably good value in the Philippines and the drivers, who often speak English quite well, can be a great source of friendly conversation and advice on food and sightseeing options. Unfortunately, there’s also a minority of drivers who massively overcharge foreigners, and typically hang around the busiest tourist areas.

To protect myself, before I get into a taxi in the Philippines I always ask the driver if they’ll use the meter, and then watch them activate it. Sometimes, if it’s peak hour, they’ll refuse to use the meter, which is fair because the traffic’s so bad that the meter shortchanges the driver. In those circumstances, I negotiate a reasonable, flat fare.

If you’re ever being badly treated by a taxi driver in the Philippines, this is what you do: take a photo of their driver ID, displayed on the dashboard, or call the phone number of their taxi company and make a complaint right there and then. Either of those things should frighten the driver into behaving properly.

In beach resort destinations such as Boracay, Palawan and Cebu, many tourists hire motorbikes to explore these peaceful and beautiful locations, or do water sport activities such as jet skiing and wind surfing. Unfortunately, it’s very easily for them to be scammed.

The most common way is when a tourist rents a motorbike or water sport vessel, they don’t notice it’s covered by several subtle pieces of tape. Hidden under that adhesive is pre-existing damage. Once you return the bike or jet ski, the scamming vendor will surreptitiously remove the tape, claim you just caused that damage, and then hand you an enormous bill for repairs.

As a result, I only ever organize water sport activities in the Philippines through my own hotel, so I can complain directly to management if I’m scammed. And when I rent a motorbike anywhere in Asia, I always very carefully inspect it for any tape, and then take extensive photos of it from every angle, which I save in my phone and also email to the rental agency as evidence. Remember, if you don’t have a licence to drive in your home country, you can’t drive one here. And if you do, always wear a helmet.

5. Other scams in the Philippines

Be very wary of any stranger in the Philippines who approaches you randomly in public and tries to engage you in an extended conversation, particularly if they’re confident and have impressive English. Be extra cautious if this happens in or near to a busy tourist location.

This person could be a pickpocket, hoping to get you to lower your guard so they can subtly pinch your belongings, or acting as a distraction while an offsider does this deed. Or they could be looking to lure you into any one of many different scams.

Yes, meeting and befriending locals is a wonderful part of travel. But if a stranger suddenly wants you to accompany them somewhere, politely decline. You could be missing out on a fun interaction. More likely, though, you’ll be sidestepping a scam.

Listen to The World Nomads Podcast: the Philippines 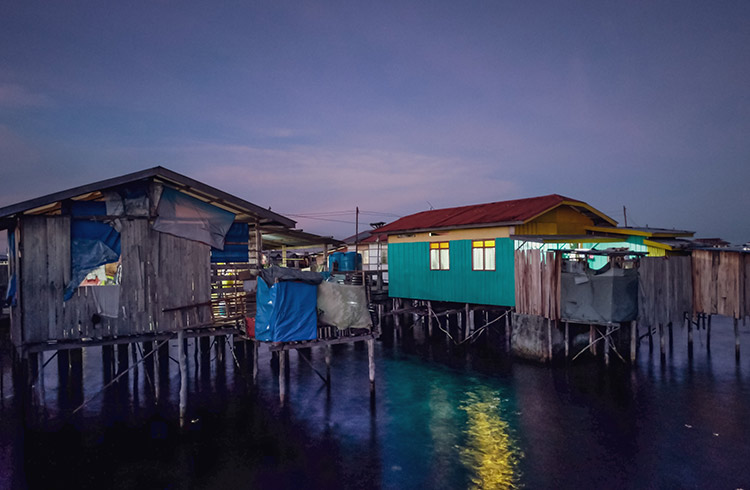