What you need to know about crime, health, natural hazards, and local laws in the tropical paradise of Mauritius.

Mauritius is a tropical paradise that lies 1,490mi (2,400km) off the east coast of Africa in the Indian Ocean. This small multicultural island has great tourist infrastructure, and sunburn may be the biggest threat to your safety.

Before you go, here are a few things you should be aware of when it comes to personal safety, travel health, natural hazards and the law.

On the whole, Mauritius has a very low crime rate. What little crime there is tends to be petty theft and non-violent. Downtown Port Louis and central tourist areas understandably do have a slightly higher crime rate, but in general it is very safe to travel to.

Pickpockets love markets, because you're distracted by the sights. So, while walking around markets, keep your bags close and zipped up. Try to avoid being flashy with large amounts of cash.

Like most places we visit, security risks increase after dark, particularly on beaches or secluded areas. Take normal safety precautions such as not walking alone after dark, locking your valuables in your hotel room or somewhere safe, and be very cautious of theft when staying at beachside bungalows. Remain vigilant and exercise the caution you normally would to avoid becoming a victim of crime.

Few, if any, of the international airport’s tourist information desks offer activities in the island's capital, Port Louis, a city of 170,000 people. Most visitors leave the culturally diverse capital to head straight to their luxury resort.

Does this mean Port Louis is unsafe, or can travelers enjoy this vibrant hub? The answer is a reassuring and resounding ‘yes’. You may find beggars on the streets at Port Louis’s markets, but the begging is low-key and not intrusive.

You’ll be perfectly safe walking along the well-lit waterfront and busy streets at night.

3. Transport and road safety in Mauritius

There are a few hazards when traveling by road in Mauritius.

Road infrastructure isn’t well developed on the island, however, there are expressways which currently link towns, and a soon-to-be-completed Metro Express light rail will make connectivity easier in the coming years.

Heavy congestion persists on connecting roads feeding into the expressways, and traffic lights are largely ignored by locals. When driving, sound the horn as you approach an intersection, just in case another driver isn’t taking notice of the red light signal. Leave plenty of time to reach your destination.

Mauritius traffic, especially at busy roundabouts, can be a law unto itself as everyone drives like they are on an F1 grid. However, there are few crashes, just a lot of slamming of breaks.

Since 2005, public bus transport in Mauritius has been free for students, people with disabilities and senior citizens, so buses are heavily used by locals, and you may end up standing for long journeys – hang on to the metal rail.

Bus stations are not staffed, so if you need help on which buses to catch, ask the staff at a nearby hotel or large shop (such as Woolworths) which bus you will need to catch to get to your destination.

While walking on the footpaths, watch out for missing sections of pavement.

Drug smuggling or trafficking is illegal in Mauritius, and punishments include a life sentence. You should also be aware that prosecutions often take a year or more to get to court, and detention is the norm until the trial.

It is also illegal to possess or import cigarette papers.

If you have medicine for personal use, make sure you have copies of prescriptions and you have obtained them from a pharmacy. Scheduled drugs, such as psychotropic preparations (e.g. tranquilizers, hypnotics), narcotics (morphine) and other strong pain killers require authorization by law before being imported into Mauritius. Failure to obtain prior authorization may result in arrest and detention.

The local population is largely Hindu and prides itself on being mild-mannered and relatively conservative. To respect local customs, once you’re away from your accommodation, dress modestly in long trousers and long-sleeved shirts, long skirts or tops that cover your shoulders.

Chikungunya periodically occurs in Mauritius, particularly in the warmer months (October to May). This insect-borne virus is similar to dengue fever, and symptoms include fevers and joint pain that can often last weeks or months.

Although there are no malarial mosquitos in Mauritius, on arrival at the airport you may be asked for a blood sample if you have traveled from a country where malaria is common.

See your doctor prior to traveling to find out if you require any booster shots or vaccinations before you go to Mauritius.

Cyclone season in Mauritius runs from November to May. Cyclones can cause extensive damage to property, and the authorities have a well-structured system of phased warnings in place. You should always follow local advice and these safety tips:

Depending on the time of the year, many beaches are infested with sea urchins, and it's not uncommon to see broken glass on the beach or in the water. Pack a pair of water shoes just in case.

This is generally not a problem at the big hotels and resorts, as the designated swimming areas on the beaches are regularly cleaned of urchins and debris.

Stonefish stings are uncommon but can be fatal, you should seek urgent medical attention if you are stung.

Some reef fish in Mauritius have been found to contain a neurotoxin similar, but not identical, to that found in some Caribbean reef fish, so they should not be eaten.

Stray and sometimes vicious dogs are common in Mauritius, however, rabies is not a risk. Do not pat any stray animals to be on the safe side.

9. Be prepared for potential ATM issues

The Mauritian rupee is the only method of payment accepted. Forget paying with American dollars or Euros, even at street markets.

It’s a good idea to either get your currency before you enter the country (at an exchange booth with good rates) or over the counter at a bureau de change at the airport on arrival. When I visited, in September 2019, there was a negligible difference between the exchange rates at the airport and at major hotels.

The ATMs I used, at the international airport and at London Way shopping center in Mahebourg, were unable to process two of my British bank cards.

Both ATMs issued receipts for cash that was not delivered. The banks were closed so I was unable to get help from staff or make a complaint. Fortunately, no money was debited from my account.

Have you been to Mauritius? Share your tips below!

Get a travel insurance quote for Mauritius 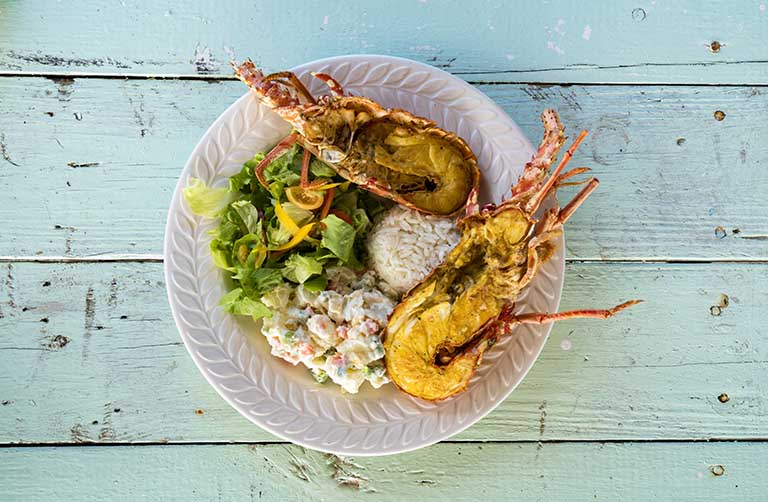