Get the latest on natural disasters, political instability and civil unrest.

Jamaica has had an ongoing issue with violent crime, largely perpetrated by gangs which are often armed with weapons. While government travel advisories still indicate that the country is safe to visit, caution must be taken due to the heightened risk in some areas.

The Jamaican government has made several state of emergency announcements throughout 2018, with some being extended into 2019 due to ongoing crime-related issues. This warning does not affect other parts of Jamaica. However, wherever you are on the island, it's advised to be aware of your surroundings and exercise safety precautions.

The Jamaican government has declared a state of emergency due to increased outbreaks of violence in the St James parish which includes the touristy area of Montego Bay and surrounds. The parishes of Westmoreland (which includes Negril) and Hanover are also under the declaration.

Military and police are carrying out joint security operations including check points and curfews in a bid to crack down on the violence and restore order. Since its inception, authorities have made significant progress with hundreds of arrests and patrols.

This state of emergency has been extended until 13th August, 2019.

Travelers are strongly urged to keep updated with local news reports, government travel advisories and follow all official warnings. Carry identification with you at all times. Failure to comply with directives from government authorities may result in you not being covered by travel insurance.

Get a travel insurance quote for Jamaica

Is Crime in Jamaica Really That Bad? 9 Tips to Stay Safe

From petty crime to gang violence and LGBTQ safety, we answer the question: is Jamaica safe? Here are 9 ways to stay safe in Jamaica. 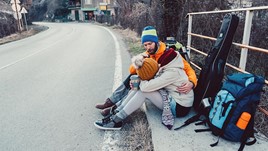 7 Ways to Stay Connected While Traveling the World

Keep your friends and family back home at ease by staying in touch while you travel the world. Here are a few simple ways to check in while you're on the road.

How to Reduce Your Trash Impact While Traveling

We’re choking our oceans with plastic, but what can you do to reduce the amount of plastic you throw away while traveling?