Is Chile Safe For Travelers? 4 Things to Know Before You Go

Pickpocketing, bag snatching and protests. Our travel safety expert shares his advice on everything you need to know about crime in Chile.

Chile is normally a very safe destination for travelers, a well-developed country with plenty of nature and open spaces. However, navigating through its cities can be another story. Here are a few things to be aware of and tips on how to avoid a spoiled vacation.

While Santiago is far safer than some of its neighboring Latin capitals (Lima, Buenos Aires, La Paz), it pays to be vigilant. By day, Santiago is crowded, full of shoppers, and outside of some of the park areas up on Cerro San Cristobal or Cerro Manquehue (where it’s best not to walk on empty paths if others aren’t around), your main concern is pickpockets or bag snatchers, who may target obvious tourists flashing expensive cameras, jewelry, or phones. Women might want to consider carrying everything in their pockets rather than a purse, or else wear a day pack that can also be turned around and worn on your front if in crowded market or shopping areas.

Like most big South American cities, nighttime is a different story. If you must walk, do so only on streets with other people, or better yet, take taxis. While the advent of internet-taxi services like Uber, Didi, Lyft, and Cabify have made taxi crime somewhat less relevant, it still pays to use the ride services or call radio taxis as opposed to just hailing cabs from the street, especially if you can’t speak Spanish. The bar and club areas in Bellavista and Barrio Brasil are popular nightlife hangouts, but if you go out drinking, like anywhere else, don’t overdo it. It’s preferable to go with a friend, as there have been issues with “friendly” strangers spiking drinks. As a rule of thumb, always take taxis at night, and only carry the money you need, along with a photocopy of your passport as opposed to the real thing.

Most articles you read on Chile safety focus on the big city, and thus Santiago gets all the bad press. However, by far, Valparaiso is the one city in Chile where you will need to be extra-vigilant. Though it’s perhaps Chile’s most beautiful city, receives tons of tourists, and is easily accessed on day trips from Santiago (only 90 minutes by bus from the capital), it has some serious no-go areas and high crime.

As the city is comprised of dozens of hills, many of which are only accessed by funicular “elevators” or narrow winding alleys and steep staircases, there are plenty of spots where you can be watched from above and where there isn’t much police presence nor automobile traffic. The photogenic tourist areas around Cerro Concepcion and Cerro Alegre are safe and tend to have more security presence, but the higher hills without elevators are best avoided. Other than wanting panoramic viewpoints, you don’t have much reason to go to these other spots, but you will certainly be passing through the flat area between Plaza Sotomayor and the Ascensor Artilleria near the harbor, which is a very rough neighborhood even by day. Do not flash any valuables here, keep your phone in your pocket, and better yet, take a taxi to travel through this part of town. The area around the main bus station and anywhere along the port are also not places to linger. Really be alert in this part of Valparaiso, call an Uber, and get to your destination.

While bus stations in Chile usually have a security presence, this doesn’t stop thieves from stealing your luggage should you leave your pack unattended or turn your back to it while buying a bus ticket. The old scam of someone spraying or dropping a sticky substance on you and having an accomplice point it out and offer to help, diverting your attention long enough for your bags to be snatched, isn’t as common as it once was, but still does happen.

The northern city of Calama, where almost every traveler will pause to transfer on the way to San Pedro de Atacama, is notorious for bag theft. Keep your bag attached to you at all times in bus stations, and it also pays to ask locals which areas are safe. While my wife and I were waiting for our bus in Calama, I hadn’t gone more than 5ft (1.5m) from my pack to toss out some garbage when a policewoman yelled at me to keep an eye on our bags. Other cities requiring vigilance include Antofagasta, La Serena, Puerto Montt, Villarica, Valparaiso, Iquique, and Viña del Mar.

Protests and demonstrations in Chile

From 2019-2021 Chile saw massive street protests called the Estallido Social (social outburst), beginning with a protest against raising the Santiago metro fare, which boiled over into riots and violent protests against corruption, cost of living increases, and general inequality. However, the Covid pandemic lessened the mass gatherings, and at the end of 2021, one of the student protest leaders won the national election and became president, bringing concessions to the protestor’s demands by the government. While continued economic recession could ignite things again, for now, Chile is peaceful.

While protests did take place in all cities across Chile, Santiago was the site of most of the violence, mainly around Plaza Baquedano. As a visitor, it’s never a wise idea to meddle in local politics, and should you find yourself caught up in a protest or demonstration, it’s best just move on as quick as you can, and not try to play local journalist and start shooting videos or filming the event

While petty theft, pickpocketing, and muggings can occur in Chile, if you keep your street smarts and don’t flash your valuables, you ought to be fine. Perhaps of more concern might be Chile’s position on the Pacific Ring of Fire, prone to earthquakes, volcanic eruptions, and tsunamis.

Make sure to familiarize yourself with general earthquake or tsunami safety procedures if you haven’t already.

A prepared traveler is a safer traveler. 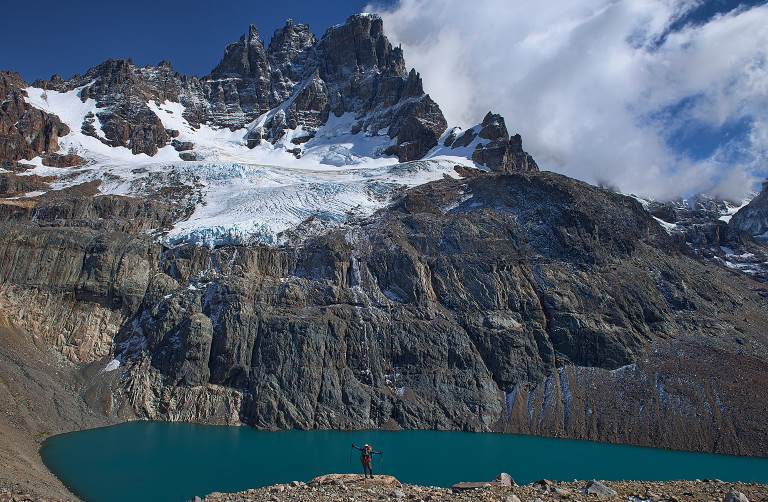 How to Stay Healthy While Traveling in Chile

What vaccinations do you need for Chile, and can you drink the tap water? Plus, tips on safety at high altitudes and volcanic dangers. Travel insurance can help if your checked-in baggage gets delayed by your airline, damaged, lost, or stolen.