Terrorism in the Philippines: Places You Should Avoid

Coronavirus (COVID-19) travel restrictions in the Philippines: Read the latest travel alert to find out how restrictions may affect you..

While most people you will meet in the Philippines are super friendly and the destinations you visit are incredibly beautiful, there are a few areas that are unsafe for travelers. Here's a list of places to avoid, to make your visit to the Philippines safe.

Military areas in the Philippines

The President of the Philippines declared martial law in the south of the country on May 23, 2017, following an attack on government facilities in the city of Marawi by ISIS insurgents. The military rule, superceding civil law, was in place for two and a half years and ended on 31 December, 2019.

The military is an ever-present force in the Philippines, mainly due to the high risk of terrorism. Even when a ceasefire has been called, violence could flare up without warning. So, regardless of the current state of affairs during your stay, it‘s best to avoid these areas altogether.

Terrorism risk in the Philippines

Terrorism is perhaps the biggest threat to tourist safety in the Philippines and continues to be an ongoing problem.

Over the past few years, terrorist acts, involving explosive devices in North Cotabato Province, Basilan, Isabela City, Jolo, Cotabato City, Makati and the Zamboanga airport, have resulted in 41 deaths, and severe injury to well over 100 more. Most of the bombings took place on public transportation, and in crowded locations including restaurants and cathedrals.

The unpredictability of terrorist acts makes them much more dangerous, so steer clear of the locations where they are more likely to occur.

Will I get kidnapped in the Philippines?

The risk of kidnap is especially hazardous for visitors because terror groups target travelers from overseas for the high profile publicity, and the high ransom they can obtain from relatively wealthy families. Thankfully, these crimes are not widespread. The following locations carry a higher risk of kidnapping and should be avoided:

Is the Philippines dangerous?

If you stick to destinations that are popular among travelers, and follow the advice of your Government's travel advisory, you will no doubt have a safe and enjoyable time in the Philippines. Click here to read our personal safety tips to consider.

The US Government advice, repeated by other foreign departments including Australia’s DFAT, is for travelers to avoid these areas, to review personal security plans, to remain alert to their surroundings, monitor local news reports for updates and be vigilant.

Kidnappings are difficult to predict and therefore can be challenging to avoid. Travel in groups and stay away from areas that have seen an increase in recent kidnapping incidents. There are plenty of beautiful locations throughout the Philippines that are trouble-free. 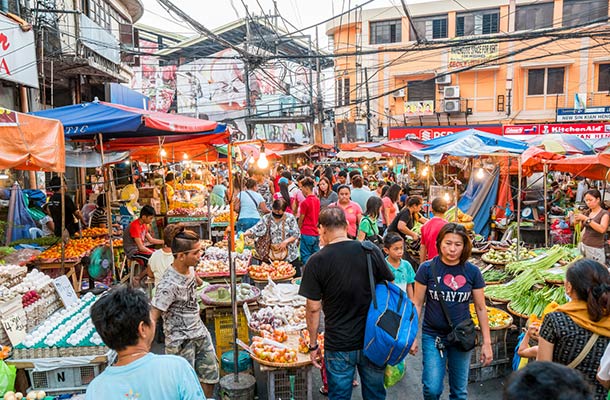 Top 9 Common Scams to Avoid in the Philippines